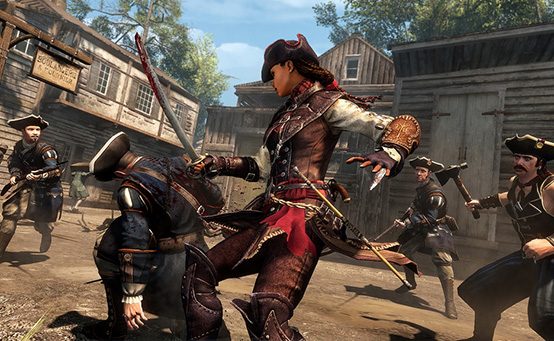 Aveline de Grandpré is no stranger to PlayStation Assassins. Making her debut as the first playable female Assassin on PS Vita a little over a year ago, Aveline has quickly grown to be one of the most popular and praised Assassins in the series. She even took on a few missions on the PS3 and PS4 versions of Assassin’s Creed IV Black Flag (And if you haven’t played those yet, be sure to download them for free from the AC4 main menu!).

Now, Aveline will arrive on PS3 in the fully-upgraded Assassin’s Creed Liberation HD!

Liberation HD includes a complete graphical overhaul, fully-remastered audio, and all-new, never-before-played missions designed to engulf you even further into Aveline’s world. For the first time on PS3, you’ll be able to use Aveline’s trademark whip in both combat and navigation. Stalk secretly while hiding in plain sight, dressed in any of Aveline’s three disguises. Dash effortlessly through the trees of the bayou, across verdant jungles and Mayan ruins, or perch over the sprawling port city of New Orleans.

Don’t miss out on your chance to play as one of our most deadly Assassins yet.