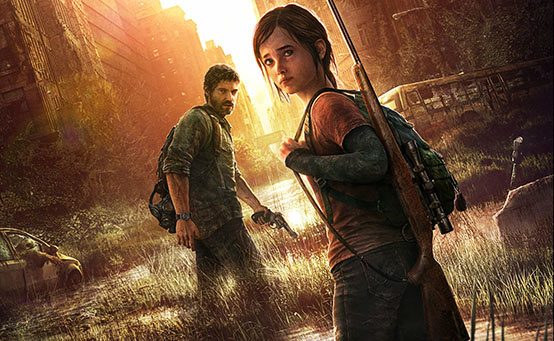 It works! That’s the biggest compliment you could pay the newly revealed PlayStation Now game streaming service formally unveiled at CES 2014. Set to roll out this summer on PS3 and PS4 — followed by PS Vita and an array of internet connected devices such as 2014 BRAVIA TVs — PS Now will enable users to stream a library of PS3 titles in real time over the internet.

At the show, gaming media went hands-on with PS Now across two devices, a 2014 BRAVIA TV and a PS Vita. The test drive featured four titles — Beyond: Two Souls, God of War: Ascension, The Last of Us, and Puppeteer. And across the board, the experience was encouraging. PS Now’s advantage lies in its immediacy and access; the ability to hop easily between multiple games across a host of devices without downloading huge files or swapping Blu-ray discs represents a major evolution of the medium.

On the BRAVIA, I picked up the DualShock 3 and launched into The Last of Us, Naughty Dog’s critically-acclaimed survival drama. Following a brief loading screen, I launched an early scenario set in the ruins of Boston. So far, so good: the experience looked and felt faithful to playing the game locally on a PS3. I crept through abandoned skyscrapers, evaded marauding Clickers, and engaged in a bareknuckle beatdown against a mob of Infected.

In the test demo I played on both the BRAVIA and PS Vita, gameplay latency was a non-issue. I had no trouble controlling the camera, aiming at enemies, or fending off incoming attacks. In fact, after a few minutes of play I forgot that I was “streaming a game” — I was just getting absorbed in playing The Last of Us. I also fired up Puppeteer and God of War: Ascension, and the experience was similarly convincing.

At this early stage of PS Now’s development, pixel counters and graphics aficionados might spot some minor concessions in the visual department, such as compression artifacts, consistent with high-quality internet video or gameplay streamed via PS Vita Remote Play.

And as with all bandwidth-intensive streaming content, a player’s experience with PS Now will depend on the overall quality of their broadband internet connection. The PS Now team is currently estimating that a 5 mbps connection will provide a good experience for most games, and they’ll be gathering user feedback during the closed beta before announcing more details.

There are still plenty of things we don’t know about the service that will surely be revealed as we get closer to its summer launch in the United States. But for now, as far as first impressions go, PS Now is looking promising, indeed. Sign up here for more information.