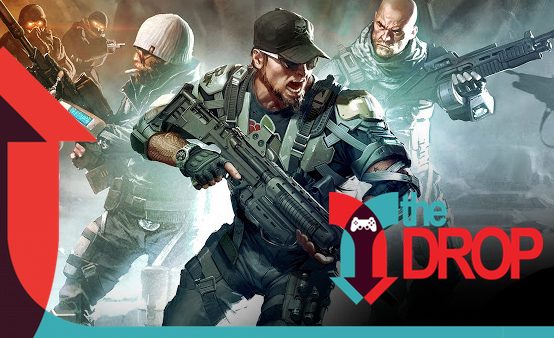 On PS Vita this week, Killzone: Mercenary makes full use of the PS Vita’s input and graphics capabilities. It enhances the familiar dual-stick FPS control scheme with touch controls for actions such as brutal melee, and with tilt controls for accurate sniper aiming. The game even uses the powerful Killzone 3 engine to bring its massive environments and impressive set pieces to life.

On PS3 Blu-ray and PSN, Puppeteer is a set in a magical puppeteer’s theatre, introducing you to a strange and fantastic world, where the environment is constantly changing. Players will enjoy a rich, dark fairytale where surprises lurk around every corner.

Fully remastered in HD, Kingdom Hearts HD 1.5 ReMIX is a compilation of the critically acclaimed original Kingdom Hearts (in its Kingdom Hearts: Final Mix form, previously exclusive to the Japanese market,) and Kingdom Hearts Re:Chain of Memories. In addition, the two-in-one-disc package features HD cinematic story videos from Kingdom Hearts 358/2 Days, enhanced gameplay mechanics and PlayStation 3 system trophies. Players can now relive the origins of the celebrated franchise with Sora, Riku and the colorful cast of Disney characters, including Mickey, Donald and Goofy!

(PS Vita // Also on Gamecard) — If you thought the battle lines were clear, you’ve not seen the whole story. Killzone: Mercenary throws you into a deadly firefight where you not only fight alongside the dangerous ISA, but also shoulder to shoulder with the vicious Helghast. There is no good. There is no evil. There is only the mission … and the money. Experience Killzone from a brutally new perspective, only on PlayStation Vita.

(Also on PS3 Blu-ray) — One dark moonlit night, a young boy named Kutaro was carried away by the maleficent Moon Bear King to a black castle where the unlucky lad was transformed into a puppet. Kutaro displeased the terrible tyrant, who devoured the boy’s wooden head and cast away his body. But the headless hero was not alone, for he had discovered a very special pair of scissors to help him on his harrowing adventure to find his head, and his way home.

The platforming adventure Puppeteer takes place in a magical theater, with many worlds and wild situations to explore, all on one magical stage. Experience a rich, dark fairytale where surprises lurk around every corner.

Carnivores: Dinosaur Hunter HD — Carnivores: Dinosaur Hunter lets players explore huge non-linear locations as they attempt to track down a variety of dinosaurs that are armed with some ferociously advanced AI. As a result, these are no “pea-brained” dinosaurs — these are dangerous creatures that are able to see, hear and sense the hunter. If you’re not careful, it’s very easy for the hunter to become the hunted.

With 15 different dinosaurs across five distinct environments (including pine forests, muddy marshes and rolling hills,) how you approach your target is important. Wind direction, scent and the use of a special dinosaur call are all key elements in tracking your prey.

Sanctum 2 — Sanctum 2 is the sequel to the world’s first Tower Defense/FPS hybrid game! Pick from four unique character classes and take up the mission of protecting the Cores from hordes of mysterious aliens. In Sanctum 2 you play your character exactly the way you want through the new and extensive customization system. Pick your own loadout of towers, weapons and perks, and pick well, because you are humanity’s last defense against the hordes set out to destroy it.

Hunter’s Trophy 2: Australia — Realistic animal behaviour, a variety of environments, weapons, animals, hunting plans, equipment and skills to unlock, online leaderboards, training in shooting at fixed and moving targets… all are brought together to offer a unique gaming experience which will delight experienced and novice hunters as well as players just looking to experience something new.

Mystic Heroes — Mystic Heroes is the localization of a side story from Koei’s Houshin Engi series in Japan. Although the story and names are changed, the gameplay is the same. Play as one of four different characters who battle masses of enemies in the style of Dynasty Warriors (Shin Sangoku Musou). Magical items can be found to provide more powerful spell attacks. The game supports up to 4 players in various competitive modes and a minor cooperative mode.