Star Wars Pinball Free on PS Plus This Week 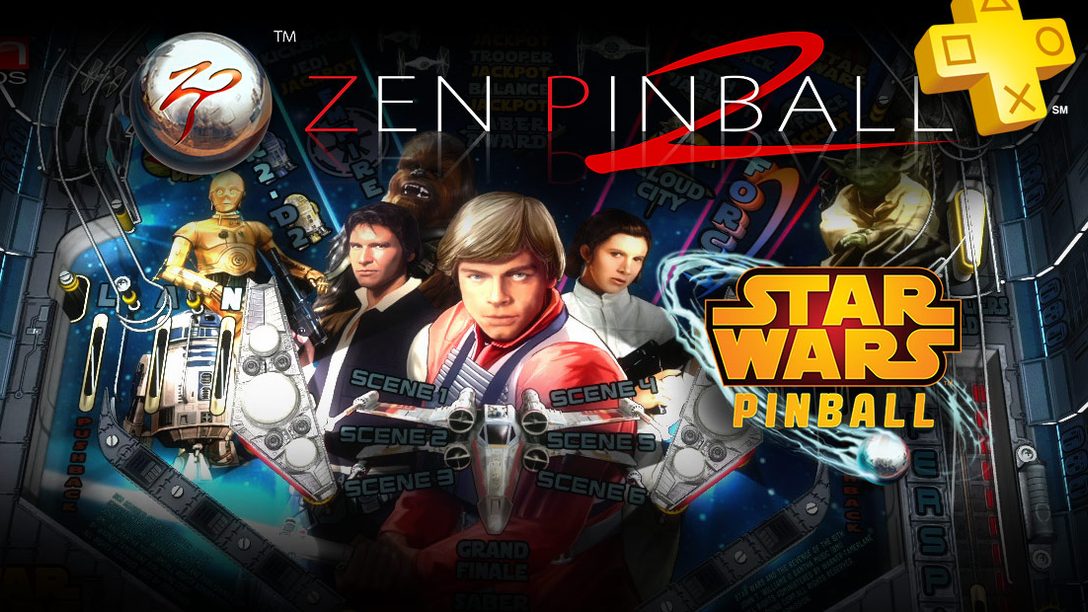 Star Wars Pinball and Darkstalkers Chronicle: The Chaos Tower are both coming to the PlayStation Plus Instant Game Collection with tomorrow’s PS Store update! You’ll also want to be one of the first to get your hands on the astounding Killzone: Mercenary via the beta. You’ll also find a timed trial of the acclaimed PAYDAY 2.

You’ll also find great sales including the final week of the PS Vita Japanese Games Sale, the Fan Expo sale celebrating our developer friends and neighbors in Canada, and did I mention… Divekick? The fighting game that took the fighting game community by storm is coming this week as well. All of those sales come equipped with a lovely PS Plus discount as well!

Take it all in, then let us know your thoughts in the comments below!

A long time ago, in a galaxy far, far away…. Star Wars Pinball lets you relive the greatest moments of the Star Wars universe on a set of brand new pinball tables! In Star Wars: Episode V The Empire Strikes Back lead the Rebellion with Luke Skywalker, Han Solo, Chewbacca, Princess Leia, Lando Calrissian, R2-D2, and C-3PO to defeat Darth Vader and the evil Emperor. In The Clone Wars, join Anakin Skywalker and Ahsoka Tano as they battle the most dangerous Sith assassins in the galaxy. On the Boba Fett table, the player takes on the role of the most feared bounty hunter in the Star Wars galaxy, working for sinister clients such as Darth Vader and Jabba the Hutt.

The secret power of the dark is unleashed! Fight head-to-head in a fierce and brutal battle for supremacy! Darkstalkers sets the standard for monster fantasy fighters. This fan favorite features vivid animations and unbeatable fighting combinations. This fighting phenomenon is updated, redesigned, and ready for a comeback.

Divekick is the world’s first-ever two-button fighting game! It earned acclaim in the press & fighting game community for not using a stick, yet it retains the strategic gameplay & spacing techniques used by pro fighting game players. Now anyone can experience the thrill of fighting games without memorizing complex combos & finger-contorting button presses. Purchasing this content entitles you to both the PS3 system and PS Vita system versions!

Thanks for participating in the Killzone: Mercenary Public Beta! As part of the Beta, you will be able to access the Killzone: Mercenary Forums on us.PlayStation.com. Be sure to visit the website and login with your PSN Online ID so you can participate with the rest of the Beta community members and provide valuable feedback to the development team!

Ms. Germinator takes domestic cleaning to new extremes! Inflate and pop colonies of colorful germs growing on your stuff while skillfully using the new power-germs to devastating effect. Purchasing this content entitles you to both the Playstation®3 and PS®Vita versions: Cross-Save, share trophies and rankings!

Can’t get up to Canada for Fan Expo Canada this upcoming weekend? Don’t worry because this week we’re celebrating games developed in Canada as part of the Fan Expo Sale. Starting tomorrow, we’re offering everyone up to 50% off a great collection of games. PlayStation Plus members get an extra bonus, receiving up to 75% off!

What’s your favorite content from this week’s update?
Let us know your thoughts on PS Store PLAY 2013.

You’ll find all the content detailed above with their Plus benefits active when the PlayStation Store updates on 8/20. We’ll be back next week with more details on the game arriving to the Instant Game Collection as well as any other benefits we can share.

If you’ve got feedback or thoughts on today’s Plus update, leave them below, or, if you’re looking to engage with more of the PS community, make sure you head over to the PlayStation Community to discuss this week’s news, find other topics to contribute your thoughts to, or start one for yourself. See you in the comments!