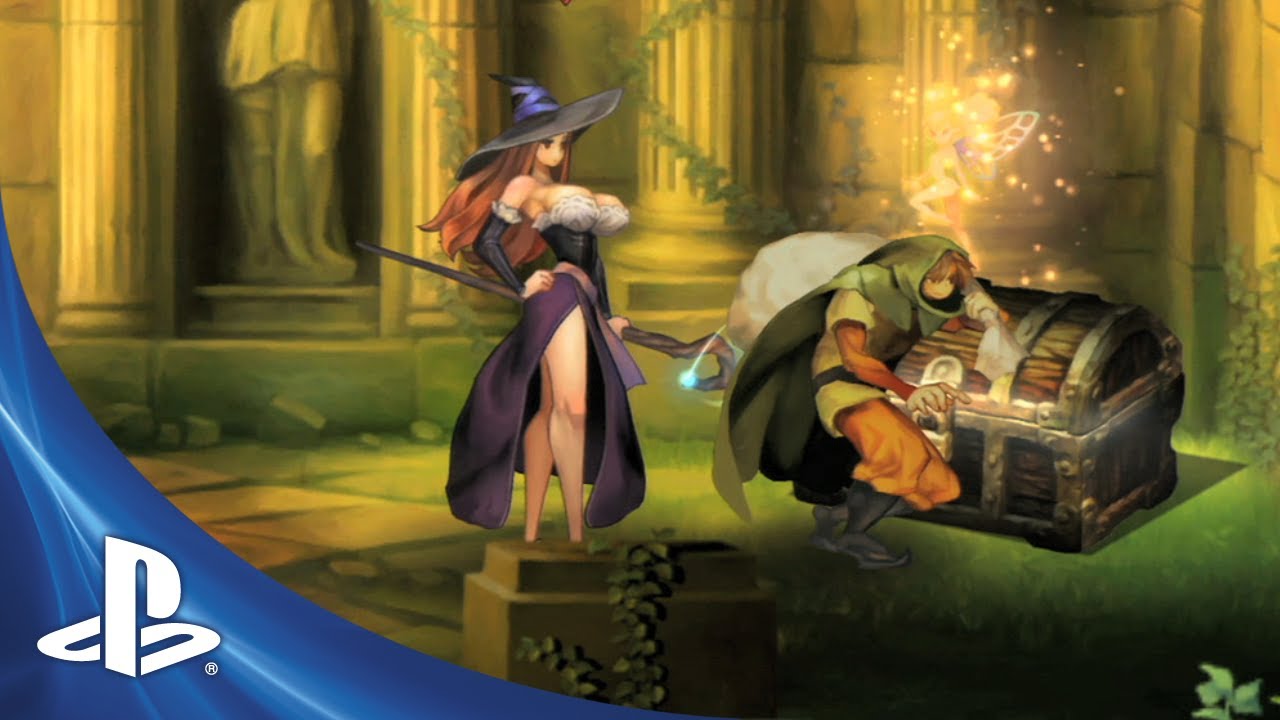 The kingdom is boiling in war all around you, and brigands threaten the crown just as much as the encroaching orc forces. But you, noble adventurer, have loot to earn and treasure to find. You have swords to wield and spells to sling! Welcome to Dragon’s Crown. Your adventure begins next week.

Dragon’s Crown, from the developers at Vanillaware, follows in the footsteps of Odin Sphere and Muramasa Rebirth. It blends eye-popping, hand-drawn animation with RPG-fueled combat. An ambitious project, Dragon’s Crown features six characters for players to select, and a bevy of stages to fight through. Though there are chests to open and skills to learn, the combat in Dragon’s Crown is more like a side-scrolling brawler. A brawler you can invite your friends to!

Dragon’s Crown encourages four-player cooperative play on both PS3 and PS Vita. You and your fellow adventurers can brave the dark and dangerous labyrinths together, building characters to complement each other’s skills, or tempting fate with difficult combinations. Want to dive into a dungeon with four wizards? No problem. But best of luck keeping everyone alive.

Once you and your courageous party members clear the first round of stages, alternate routes open up that unleash new dangers and boss encounters. Endure these, and your characters will grow in strength, glittering with prizes freshly won, and magical trinkets aglow with enchantments.

Clearing both paths with all six characters on every difficulty setting will take time. As in, more than 100 hours. With this much content, your journey through the ruins and caverns of Hydeland will satisfy even the fiercest craving for loot drops.

Dragon’s Crown launches on August 6th in North America for PS3 and PS Vita. Anyone even remotely interested in brawlers, or incredible fantasy artwork, should ready their swords for this one.