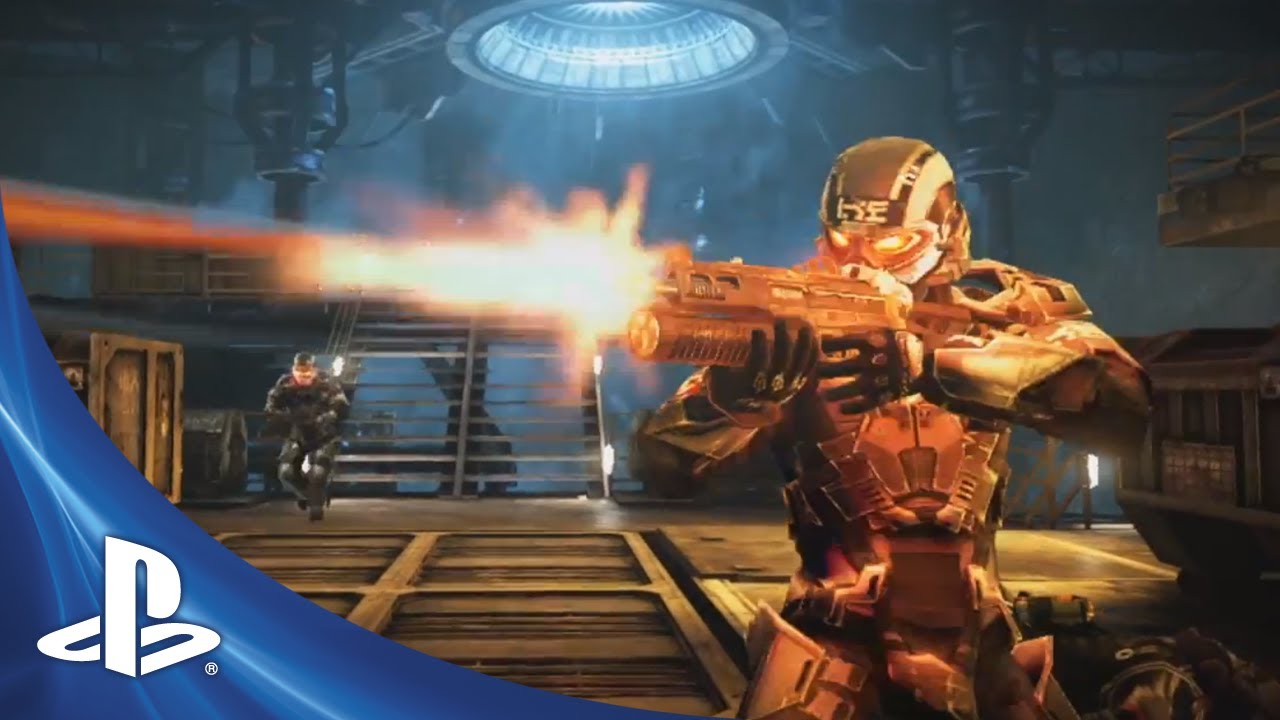 Two years after the Helghast attack on Vekta, the ISA are taking the battle to Helghan, their fleet gathering above the capital Pyrrhus.

You are Arran Danner, a mercenary currently under contract to the ISA. Your mission is to infiltrate a battery of Arc cannons and direct their fire away from the ISA fleet, instead targeting the Helghast cruisers overhead and opening a way into the city. This is critical to enabling the invasion of Pyrrhus to begin in earnest. The covert nature of your mission commences with a wing suit drop into the facility; the only way to avoid detection by Helghast surveillance. Once inside your objective is to locate and hack the systems controlling the Arc cannon battery and unleash its devastating power on the unsuspecting Helghast cruisers above.

This won’t be an easy ride, the battery is heavily guarded and the security protocols protecting the control systems will require you to interface directly with them using your VAN-Guard, right under the nose of the garrisoned troops. How you approach this task is up to you; will you maintain your covert approach, avoiding direct encounters and choose instead to pick off patrols with silenced weapons and stealth melee attacks or go for a full frontal assault loading out with heavy weapons and explosives.

Whichever strategy you choose to employ, one thing is certain, this mission is going to be a good earner, the more of the Helghast and their equipment you destroy, the better the paycheck!

Corinth River; the bloody focus of the ISA invasion of Helghan. The beach around the jetties and sluice gates provides the backdrop to this epic encounter between the ISA and Helghast forces.

The terrain is pockmarked with craters, trenches and discarded cargo containers. This dangerous “no-man’s land” offers both cover and the fear of ambush in equal measure. A huge bridge spans the river and beach provides a ferociously contested vantage point, control of this area giving a significant tactical advantage to whoever holds it.

Whether you decide to fight them on the beaches or rain down death from above, one thing is certain; both sides will fight to the last!