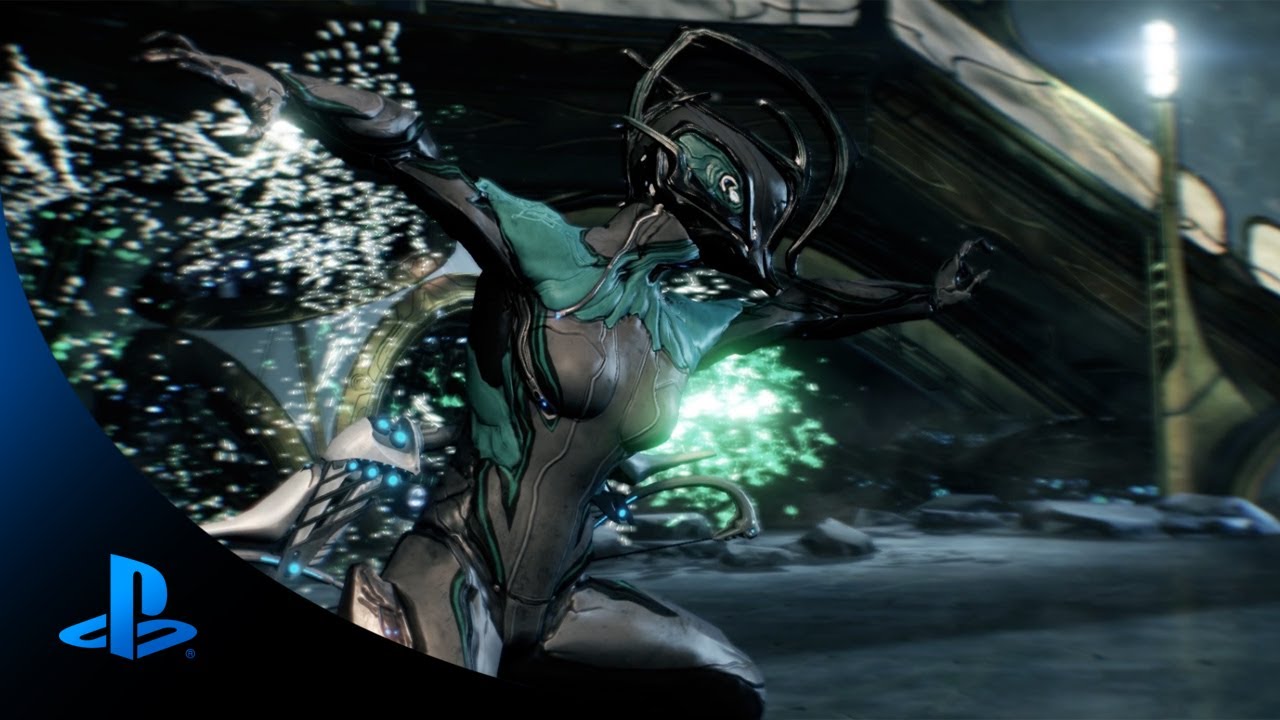 Do you like Ninjas? What if they were in space? What if you could slash enemies, blast them with guns and obliterate them with crazy exo-armor powers? Would you like to level-up, build a Space Dojo with your friends and hang out, dueling each other and trading wall-running stories? Good news! Warframe is your ticket to all of that and its coming to PlayStation 4, for free, at launch! Not only that… we’ll be showing the world Warframe on PS4 next week at E3 (gulping Tums as we speak)!

Our team has been polishing the demo and cramming in as much as we can to ‘wow’ everyone who gets there hands on it at E3! On Friday we showed the rest of our development studio Warframe on PS4 for the first time and the reaction was unanimous – 1080p Warframe is smooth and beautiful! Like kids with new toys, playing with the PS4’s toolbox of goodies has our minds spinning with design ideas for Warframe…

I love the DualShock 4. The triggers feel awesome and the touch pad is a sweet addition. Right now, we’re using the touch pad to activate your crazy Warframe powers on the run with a flick of your thumb or finger. Want to lunge and smash with your Rhino Warframe? Swipe your thumb up on the touch pad and you’ll charge like a battering ram into a group of helpless enemies.

One of the cool things about Warframe is the Alerts system – throughout the day, missions of opportunity come up and players can squad-up for stellar rewards. To get these notifications when you’re away from the system, we have created an iOS and Android Companion App called the Warframe Nexus. Players can customize their alert settings to show them only the missions and rewards they’re interested in, and while it’s very useful, it’s only the beginning for the Nexus.

Well, I’m off to play the latest build and get my Ninja on (the start screen on our demo literally says “Press X to Ninja”). I hope you check out our new trailer and stay tuned for more details throughout the summer on Warframe!