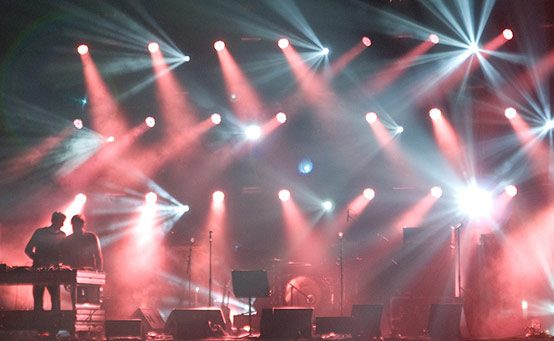 Each spring for almost a decade, legions of gamers flock to Reykjavik, Iceland, to join CCP for Fanfest. This year, we’re celebrating the DUST 514 open beta and the 10th anniversary of EVE Online with our grandest party yet. And you can watch all the action via livestream on your PS3.

There will be panels, presentations, huge reveals, and answers to many of your DUST 514 questions. Worldwide leaders in science and industry will be on hand to show you how the science fiction tech of New Eden is quickly becoming science fact in our world. CCP staff will mingle with the players, and we’ll bring down the house (and maybe the Arctic Circle) in the epic Party at the Top of the World on Saturday night.

At the DUST 514 keynote address on Thursday, we’ll let you in on what’s next for the planetary warfare already raging on the open beta. Peek at the improvements, additions, and eye-on-the-horizon plans for this revolutionary shooter that shares a universe with hit MMORPG EVE Online.

And since DUST 514 and EVE Online share a universe, this year, for the first time ever, we’re hosting a combined PvP tournament featuring both games, with big prizes for the winners. We’ll also be announcing the 8th Council of Stellar Management, the only democratically elected, developer-endorsed player council in gaming.

Fanfest sold out completely in record time this year, with over 1,500 players flying in from around the world. If you’re not among them, never fear, since you can still catch Fanfest streaming through your PS3. Watch all the festivities, hosted by our awesome EVE TV team, from the comfort of your own homes.

Read the full Fanfest schedule, and don’t miss out.