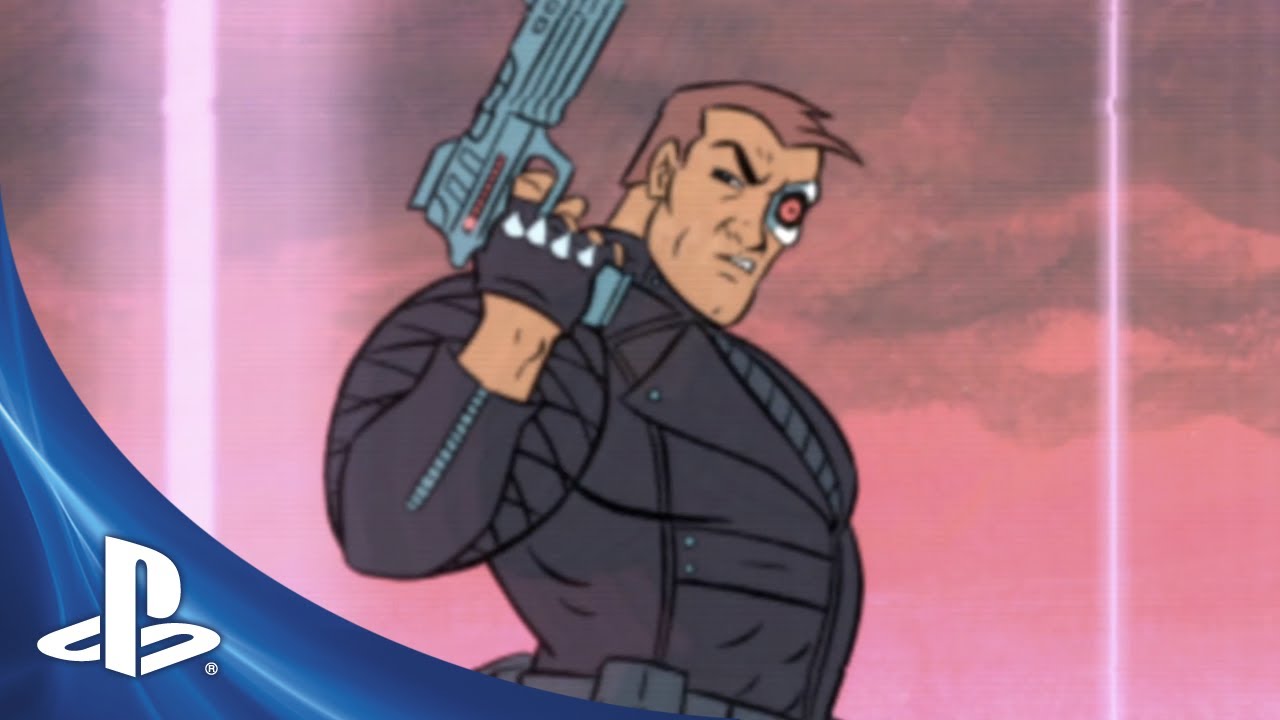 Hey guys I’m Philippe Fournier, production manager on the upcoming cyber-shooter Far Cry 3: Blood Dragon. It is 2007 — the future. Step into the shoes of Rex Power Colt, a cyber-commando sent to a remote island to stop Colonel Ike Sloan from taking over the world with his rogue cyborg army.

For Far Cry 3: Blood Dragon, we wanted to go back to the late 80s and early 90s — what we like to call “the VHS era” — when video games were still new, and over-the-top action movies were at their pinnacle. Most of the team grew up during those years, so it was a ton of fun to relive this carefree episode of our lives, where we could watch cartoons like MASK or GI Joe with Uncle Dan on Saturday morning. During the conception phase, our days consisted of watching VHS tapes of action movies sitting in front of an old CRT screen. Our office space looked like a kid’s room in the early 90s, with He-Man figurines on our desks and Terminator posters on every wall. We probably had the best Halloween day ever, with people dressed up as Robocop and our very own Omega Force cyborg soldiers.

All of this helped us create a game filled with explosions, cyborgs and cheesy one-liners delivered by the greatest Hollywood action hero from the 80s, the one and only Michael Biehn. The script is terrible. So terrible, that it’s actually good. Our universe sometimes doesn’t make sense, and that’s perfectly fine — not everything made sense during those years. Fans of open world games, laser-tag, neon pink and dragons that shoot lasers from their eyes will absolutely cyber-love Blood Dragon. It’s based on the same award-winning technology and gameplay systems from Far Cry 3, so when you’re laying waste to cyborgs in the open world, expect a lot of explosive and random encounters filled with cyber sharks, robo dogs and mutant goats. The game is a standalone offer, which means that any fans of the 80s will be able to jump in on April 30th on PSN.