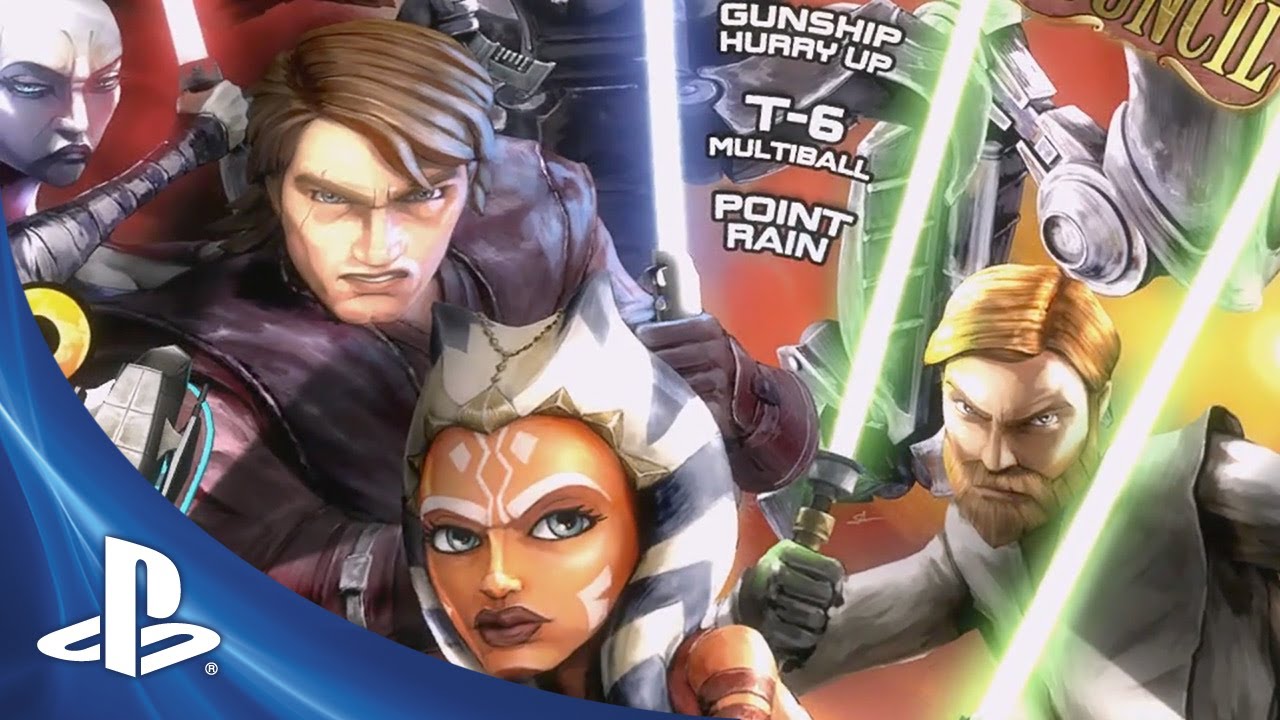 Star Wars Pinball is releasing today as DLC for Zen Pinball 2 on PlayStation Network for PS3 and PS Vita as Cross-Buy entitled content. This first pack of tables will cost $9.99. If you have not yet downloaded Zen Pinball 2, we invite you to do so now – the download is free, and will give you access to the Star Wars tables which you can even demo to make sure you like the game!

The first set of tables includes Star Wars: Episode V – The Empire Strikes Back, Boba Fett, and Star Wars: The Clone Wars. Here is what you can expect from The Clone Wars table, set to release later today on PSN.

Star Wars: The Clone Wars table embraces the striking artistic style and energy of the series and is a perfect fit for a high-energy pinball table. The incredible art, momentous light saber battles, and exhilarating action that makes the series so enjoyable translates naturally into an amazing pinball experience. Check out the trailer above to see the table in action!

Set between the events of the Star Wars Episode II: Attack of the Clones and Star Wars Episode III: Revenge of the Sith, the Star Wars: The Clone Wars pinball table features Anakin Skywalker and his apprentice, Ahsoka Tano, both represented as 3D characters, as well as Asajj Ventress, Savage Opress and battle Droids. The table would not be complete without a Republic attack gunship, which is especially spectacular when the table is played in 3D.

To start the main table missions, light the lamps on the center of the playfield that spell out “Council” by shooting the left and right ramps on the table. After spelling the words, the ramp’s right front side will lower, providing a path to the hole to activate the main missions.

We look forward to hearing your thoughts once you have been able to play Star Wars Pinball! Please share your experiences right here on the PlayStation Blog or on the Zen Studios Facebook, Twitter or Forums.
May the Force be with you.