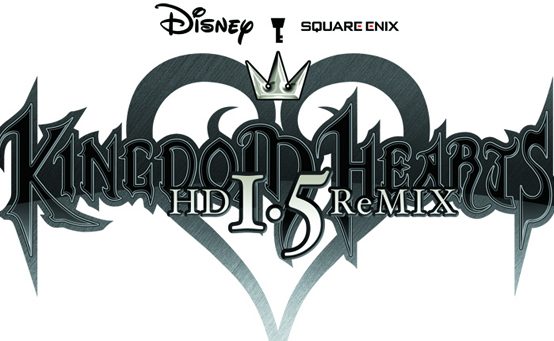 “Although my heart may be weak, it’s not alone. It’s grown with each new experience. And it’s found a home with all the friends I’ve made. I’ve become a part of their heart, just as they’ve become a part of mine… I don’t need a weapon. My friends are my power!”

Since this memorable speech, Sora’s dedication to his friends has shown across the series, and the magic of KINGDOM HEARTS continues to unite fans throughout the world. Ten years later and seven entries in, we have a new opportunity to replay the adventure that started it all in beautiful HD.

We’re proud to announce the upcoming release of KINGDOM HEARTS HD 1.5 ReMIX for North America! The young Sora wields the magical keyblade in search of his lost friends, making new ones with Disney’s Goofy and Donald along the way. The story continues through classic Disney stories like Aladdin, Hercules, Alice in Wonderland, Pinocchio, and The Nightmare Before Christmas. Utilizing RPG mechanics and gaining new exploratory powers throughout his adventure, Sora solidified himself as a starry-eyed hero that bridged Disney classics with a unique overarching story of friendship and courage. This classic hit comes in breathtaking HD with various gameplay enhancements, and is exclusively available for the first time on PlayStation 3 this fall.

Sora’s adventures took a dramatic turn with his journey into the mysterious Castle Oblivion in KINGDOM HEARTS Re:Chain of Memories. These events revealed some of the hidden intentions behind the shadowy Organization XIII. Their movements and the training of one notable character in the series, Roxas, are detailed even further in stunning HD visuals through the cinematic scenes of KINGDOM HEARTS 358/2 Days.

All of this is included with full Trophy support in one spectacular release. Plus, KINGDOM HEARTS HD 1.5 ReMIX includes the once-exclusive KINGDOM HEARTS FINAL MIX content, like new enemies, weapons, abilities, cutscenes, missions and more!

We can’t thank the fans enough (many of whom have asked us many times for this very game!) for all their support throughout the years, and we urge all of you to continue to follow news surrounding KINGDOM HEARTS on our official Twitter and Facebook. Relish this opportunity to replay the original and know again why without a doubt, the light, is KINGDOM HEARTS!