Aquatic Papercraft PSN Adventure Derrick the Deathfin 25% Off This Week 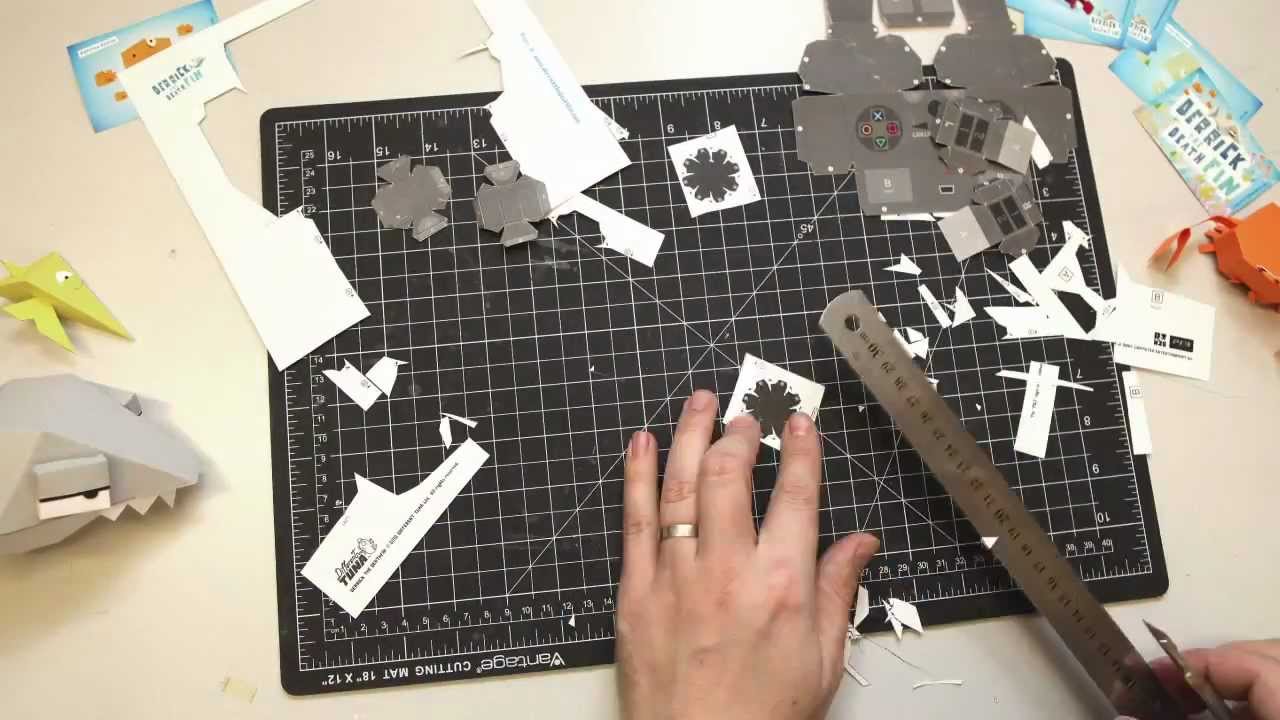 Since his release in October last year, Derrick has been slowly building in reputation, garnering some great reviews and adoring fans along the way. Sales have continued to improve as the game becomes more known too which is great. We know a PS Vita version would be super cool as well, we are still looking into that — is that something you’d be interested in? What’s more, we have some ideas for a sequel that would see Derrick indulging in some intergalactic mischief…

Anyway, all of this positivity and mindless speculation has put us in such a good mood that we now intend to ruthlessly capitalise on the upswing in goodwill with a sale!

Since we love PlayStation gamers so much you – and only you – can also have access to an exclusive downloadable DIY papercraft template of a controller made by our resident papercraft genius Ronzo. It looks suspiciously similar to a DualShock 3, without going so far as to infringe any legal copyrights!

As a super sweet bonus deal I promise to try to reply to every comment on this blog post for 24 hours after it goes up. So please do get involved if you have any questions at all about Derrick the Deathfin, or indeed life in general. I am aim to hit a joke:fact ratio of at least 3:1 so hit me up!