Fans Will Decide the Cover of MLB 13 The Show 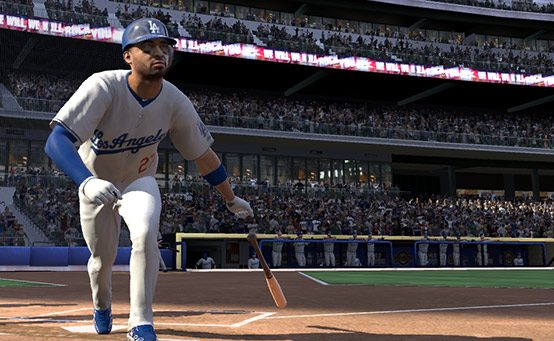 If you’re already missing the baseball season, we’ve got news to cheer you up: today we announced the North American release of MLB 13 The Show, the latest installment of the number-one selling and rated Major League Baseball video game franchise. Available for PlayStation 3 and PS Vita, MLB 13 The Show is due to arrive in stores on March 5, 2013, just in time for MLB Spring Training.

Which baseball superstar will be on the cover of MLB 13 The Show? For the first time ever, fans will select the cover athlete for this year’s title via a Cover Campaign in early January. Stay tuned — some of the top names in the sport will be announcing their candidacy in the upcoming weeks.

Nothing compares to Postseason baseball. That’s why The Show offers an All-New Playoff Mode, which includes an in-stadium atmosphere that replicates the excitement and tension of October baseball. The experience is unrivalled by anything The Show has ever exhibited.

Other new features include a completely new beginner mode and instructional enhancements that make The Show the best pick-up and play baseball experience available. In addition, the improved Play Now mode streamlines gameplay, for faster and simpler games. San Diego Studios has also revamped The Show’s Franchise and Road To The Show modes with expanded options and new gameplay experiences.

Taking The Show on the road? The PS Vita version of The Show features the same list of upgrades and new features as the PS3 version. As with last year, you can sync your Season, Franchise and Road to the Show saves between platforms to continue the action anywhere. MLB The Show also offers the opportunity to play with friends around the world at no extra cost on PlayStation Network.

These are just a few of the enhancements San Diego Studios have made to the 2013 version of The Show. All new features and game modes will be unveiled and detailed throughout the coming months.

The Show has been and continues to be the highest-rated officially licensed baseball title of this console generation (according to Metacritic.com), delivering true-to-life gameplay, authentic franchise and season modes, and incredible detail not found in any other sports game.

For more information about the MLB 13 The Show, visit www.theshownation.com and www.facebook.com/mlbtheshow.