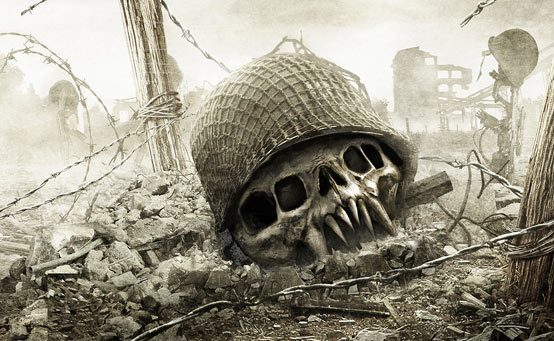 This holiday season just got better. Resistance Collection is hitting stores starting December 5th for $39.99, and it makes a great gift for any shooter fan who hasn’t had a chance to experience one of the best FPS trilogies on PS3.

Resistance started as I-8, a return to Insomniac’s roots making first-person shooters (Disruptor was our first-ever game on PSOne). It evolved from a space opera featuring lizard-like aliens into an alternate history World War I shooter, before eventually evolving into the 1950s-era game that launched alongside PS3. Over the three titles, we had an incredible experience developing the Resistance franchise for PlayStation fans.

From Resistance: Fall of Man’s 40-player multiplayer, to Resistance 2’s 8-player online co-op, to Resistance 3’s heroic survival of Joseph Capelli in a brutal world, everyone at Insomniac is incredibly proud of what we accomplished with the Resistance trilogy. For all of you who haven’t had the chance to check them out yet, the trilogy gives you the opportunity to experience them now

Enjoy your Thanksgiving and keep an eye out for Resistance Collection starting December 5th!