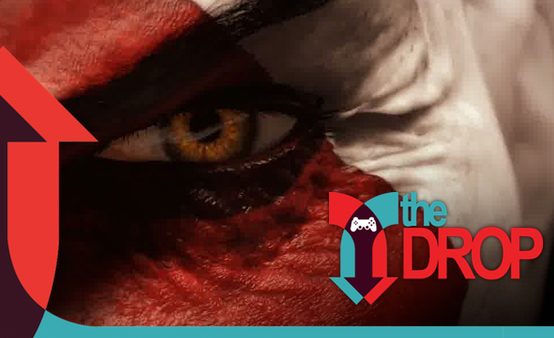 On PS3 and as a Cross-Buy title on PS Vita this week, PlayStation All-stars Battle Royale is a brawler on the PS3 like nothing that has come before it. From Kratos to Sly Cooper, Sweet Tooth to PaRappa the Rapper, PlayStation characters from all over the gaming spectrum are brought together in a fighting adventure that’s both easy to play, and hard to master. The game plays out across static and interactive Sony themed environments, and features local multiplayer support as well as the ability to take the battle online for competitive multiplayer action.

On PS Vita and on PSN as a digital download, with an overall Metacritic score of 90 and a multitude of “Editor’s Choice” and “Best Of” awards, Persona 4 stands as one of the finest games ever made, delivering many dozens of hours of enthralling storytelling, immensely satisfying combat, intricate party management, and addicting Persona collection and customization. Now, Persona 4 Golden for the PS Vita offers an enhanced and expanded portable version of the highly acclaimed original!

Enjoy this week The Drop.

(Also on PS Vita/PSN Download) — PlayStation All-Stars Battle Royale is free-for-all brawler showcasing the best and brightest of PlayStation’s characters and worlds. From Kratos to Sly Cooper, Sweet Tooth to Parappa the Rapper, Sony characters from all over the gaming spectrum are brought together in a fighting adventure that’s both easy to play, and hard to master. Take the battle online for competitive multiplayer action, or go head to head with a group of friends on the couch and prove once and for all who’s really the best!

Hitman: Absolution (Also on PSN) — Hitman: Absolution follows Agent 47, a cold-blooded assassin, who takes on his most dangerous contract to date. Betrayed by those he once trusted — and now hunted by the police — he suddenly finds himself at the center of a dark conspiracy and must embark on a personal journey through a corrupt and twisted world. Boasting a cinematic story, distinctive art direction and highly original game design, Hitman: Absolution combines much-loved classic gameplay with features never seen before in the Hitman franchise.

Disney Epic Mickey 2: The Power of Two (Also on PSN) — In Disney Epic Mickey 2: The Power of Two, gamers will play as Mickey Mouse and for the first time ever, Oswald the Lucky Rabbit — Walt Disney’s first cartoon star — in an all-new adventure of creativity and discovery. The game returns Mickey Mouse and Oswald the Lucky Rabbit to Wasteland, an alternate world filled with 80 years of forgotten Disney characters and theme park attractions. Now, Mickey and Oswald must join forces as true partners — Mickey with his magical paint brush that wields paint and thinner, and Oswald with his powerful remote control that allows him to command electricity. Unleash the power of creativity in an epic battle to save this magical world of Wasteland and change it forever in this heroic adventure!

Rise of the Guardians: The Video Game — Let your imagination soar in Rise of the Guardians as you play as the all magical, powerful, and immortal Guardians from the DreamWorks Animation film. As North, Bunnymund, Tooth, and Sandman, each player has their own set of upgradable and never-before-seen extraordinary abilities to help you take on the evil spirit “Pitch” and his infectious nightmares. With drop-in-and-out multiplayer for up to four players, cool team attacks, and an arsenal of spellbinding moves, you and your team of Guardians will protect the hopes, beliefs and imaginations of children all over the world!

History’s Legends of War: Patton — In this epic turn-based strategy game you will follow the paths of General Patton during WWII, leading your troops to battle while traversing Western Europe’s devastated land. Gain prestige points and use them to enhance your army, acquiring advanced weapons and gear. Play through four different types of missions: Attack, Defense, Infiltration, and Sabotage. From the French beaches to Belgium, you will have to prove your worth as a member of Patton’s Third Army, and fight for victory!

Family Guy: Back to the Multiverse (Also on PSN) — Family Guy: Back to the Multiverse utilizes the talented voice cast and writers, authentic humor and subversive spirit of the Family Guy series, giving fans a whole new way to interact with their favorite show. The game features a completely original story that sends the guys back through the Multiverse on a mission to stop Bertram. The game also featuers extra challenge levels, multiplayer maps, costumes and unlockable characters as well as a co-op mode.

Persona 4 Golden for PlayStation Vita offers an enhanced and expanded portable version of the highly acclaimed original! Visuals have been beautifully remastered to take advantage of the PS Vita’s crisp, vibrant 5″ OLED display. The game’s aural presentation is better than ever, with 1.5 times the voiced dialogue of the original release. A new online dungeon rescue feature allows users to call on other players for assistance when they are about to die in the TV world. Persona 4 Golden is also overflowing with new content: new Personas to collect; new story events along with an all-new character; stunning new anime cutscenes, which include a new opening animation with a new song from master composer Shoji Meguro; a host of fan-suggested tweaks and changes, and much more! Persona 4 Golden is far more than just a handheld version of an all-time classic: it’s the best way to experience it yet!

Jet Set Radio (PS Vita) — The government is attempting to silence the kids of Tokyo, but with their Overdrive Magnetic-Motor Skating Shoes, the cops will have to catch ’em first. The Jet Set Radio program keeps the kids unified and inspired to fight for their rights of expression, which includes graffiti art. Grab your spray cans and design your own piece on one of the immense walls in the 3D, interactive city. You might be forced to protect your territory from adversaries that want to take over your neighborhood. Join up with like-minded hip individuals that will help you keep your area the way you want it. The cops will be after you too, so you’ll have to be quick. The 10 cartoon-style characters are pumped up with polygons so they come alive in 3D. Uniqueness is key to these kids and each character stands apart with exclusive abilities and style. They like to show off too, and with 18 missions, there’s plenty of time to impress. It’s fast, it’s fun, and it’s definitely funky.

Kingdoms of Amalur: Reckoning — An open-world action RPG, Kingdoms of Amalur: Reckoning is set in Amalur, a rich and deeply immersive world underpinned by 10,000 years history, created by 22 time New York Times bestselling author, R.A. Salvatore. Immersing players in a rich, living, breathing open-world dripping with magic and rife with danger, underpinned by strong storytelling, Reckoning lets players define their destiny as they engage in intense action combat while exploring the huge, vibrant and varied world of Amalur as envisioned by the visionary creator of Spawn and acclaimed artist, Todd McFarlane.

Designed by open-world RPG legend Ken Rolston, Reckoning offers players unparalleled choice in a world of infinite possibility. Together, the visionaries and development team behind Kingdoms of Amalur: Reckoning are creating a game that aims to forever change the RPG genre.

Tom Clancy’s Endwar — From 2011 to 2014, the world enjoyed an unprecedented era of peace as enhanced defense technology eliminated the threat of nuclear war. It didn’t last. By 2020, constant depletion of resources has international tensions at a breaking point. One spark will ignite what no one thought could ever happen … a third and final world war. World War III comes to life in Tom Clancy’s EndWar.

Sine Mora (PS3/Vita) — Sine Mora is an innovative shooter which mixes traditional side-scrolling gameplay with unique time manipulation mechanics. Sine Mora takes advantage of the newest in 3D display technology to deliver an horizontal side-scrolling shoot-em-up experience unlike any other thanks to its unique twist on bending time.

F1 Race Stars — F1 Race Stars is a fast-to-the-fun arcade racing game for all ages featuring official FORMULA ONE cars, teams and circuits as they’ve never been seen before. F1 Race Stars will take players on a world tour of iconic FORMULA ONE locations, including Monaco, Silverstone and the new Circuit of Americas in Austin, Texas, recreated as fantastical racing circuits built for speed and wheel-to-wheel competition. Friends and family can share the fun too; F1 RACE STARS will deliver 4-player split-screen racing and 12-player competition alongside an extensive career mode featuring a number of Championships.

Clan of Champions — Clan of Champions is a hardcore multiplayer action game. You will choose from 3 different characters – human, elf, or orc – and take on missions, each of which is different in content and length. You can either play by yourself or with other players in co-op mode, and up to 3 players can play simultaneously online. There is also a 3 vs 3 team battle mode where you can fight with, and against, your friends. There will be a large amount of DLC for additional quests, items, and weapons for the future.