Ragnarok Tactics Out Today on PSP, Playable on PS Vita 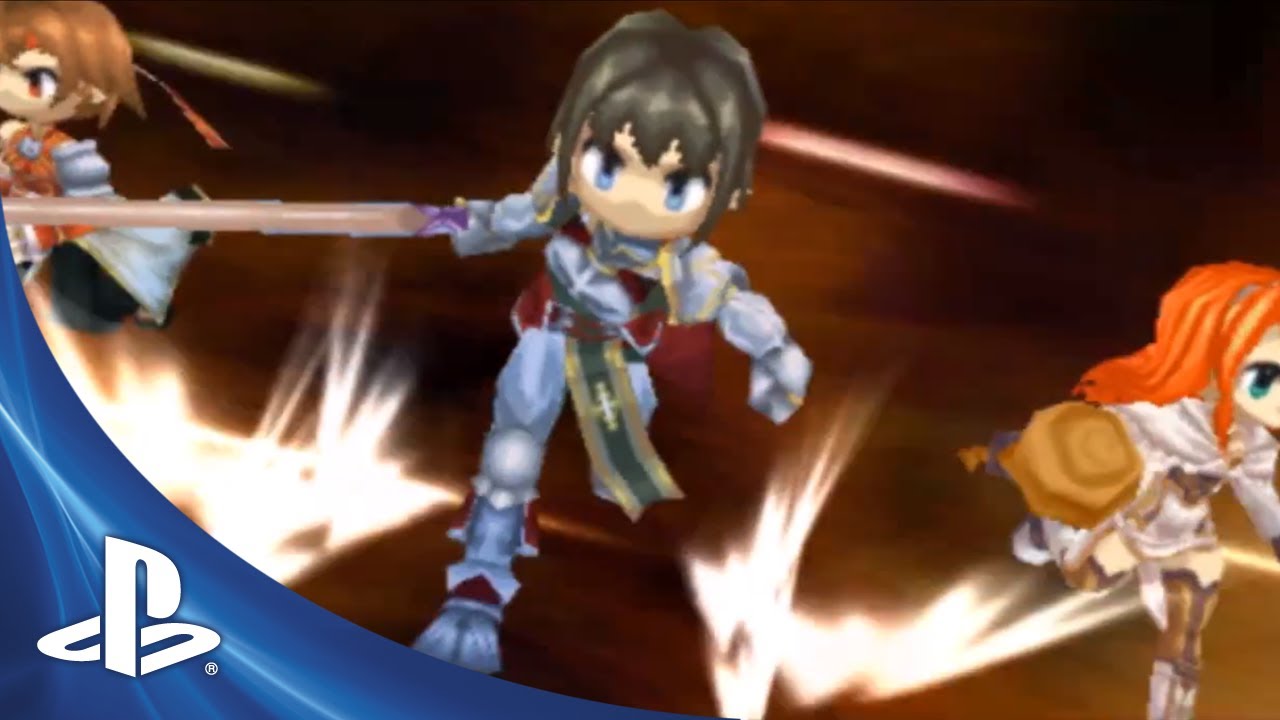 Greetings, and welcome to my first tentative steps into the world of PSN blogging! My name is Mike Engler and I will be your guide into the weird and wondrous world of Aksys Games‘ upcoming PSP title, Ragnarok Tactics. The game is out on PSP today at retail for $29.99, and on PlayStation Network for $24.99. As one of the text magicians responsible for the game’s translation (along with translator Asuka Yamataki and copy editor Karen McOscar), it was decided via a flurry of pointed fingers that I be the one to give you an overview of what the game is all about.

So, what is Ragnarok Tactics? The quick and dirty description is that it is a fairly involved strategy role-playing game that takes place within the Ragnarok Online universe, complete with its familiar monsters and job classes. Add to that already appealing formula a story with no less than five unique endings and a hero(ine) who is a doer of deeds rather than a speaker of words, and you have the recipe for an incredible portable gaming experience!

…Okay, now that I got the required hyperbole out of the way, let’s dive a bit more into the game. The story revolves around the aftermath of the Holy War, where gods, demons, and humans fought it out for control of the world. Humanity came out on top, but without an outside enemy to ally against, mankind naturally turned on each other. Eventually, two dominant nations emerged; the Aura Republic and the Branshaldo Empire. Each of these countries firmly believes that they alone saved humanity and therefore have the right to rule. However, after literally decades of fighting each other, neither side has overcome the other, and a truce borne out of exhaustion and attrition sort of came to be.

The player is a member of the third main faction of the game, a small band of do-gooders known as the Toren Militia. Initially out on a mission to exterminate the monsters that have been plaguing the area around where they lived, the player’s character becomes involved in the turmoil and political intrigue that eventually throws the world back into chaos. Depending on whom you ally with or the conversation choices you make, you will achieve one of five different endings. When it comes time to respond to others, I’d think twice about being a jerk…

For the game play, you start by creating your character, including job class, gender, name, basic appearance, and voice type. As you progress through the game you can change jobs or master your first pick, allowing you to access more powerful versions of it. And like all strategy RPG’s, you will have to build a party of complimentary allies with which to decimate all who foolishly stand in your way. You can do this by hiring mercenaries from the taverns located throughout the world.

You can swap your characters’ jobs and gain access to more advanced jobs by mastering their entry-level counterparts. Story-specific characters cannot change jobs, but they make up for that by just being so darned cool.

One thing about battles; combo attacks are your friend! Different combinations of classes have different Über-powerful attacks, so be sure to experiment! The most innocuous job may have the biggest potential for carnage and destruction…

There is a lot more to the game such as significant optional quests, the ability to go back and take different story branches without losing your progress in the one you first chose, and the ability to swap characters and weapons with friends via the PSP ad hoc functionality, but if I spill the beans about everything, there’d be nothing left for you, the dear reader, to ask questions about. So please feel free to ask anything about the game in the comments section and I’ll try to answer as best I can, or side-step the issue entirely if need be.