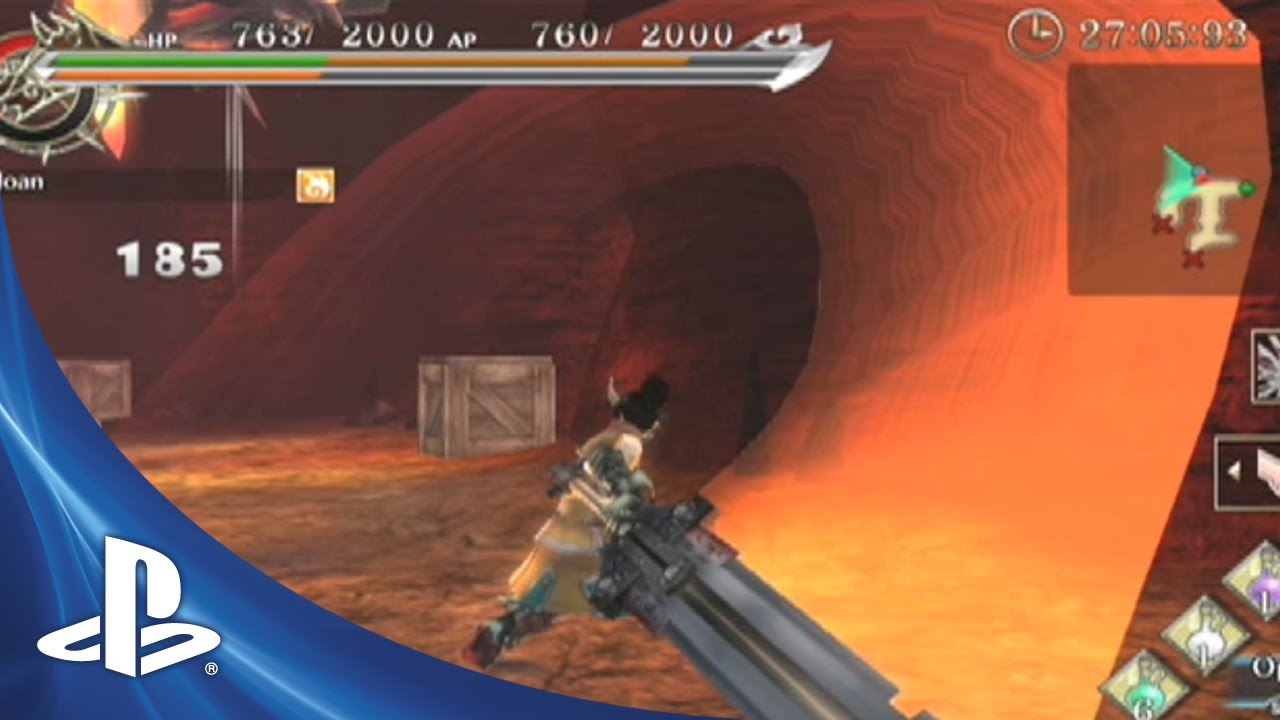 Are you ready, guys? Because right now it’s Ragnarok Odyssey happy hour! Or more like Happy Day, since today we celebrate the release of our precious PS Vita title. It’s been a lengthy localization journey, but we’re proud to bring out the Ragnarok Odyssey Standard Edition for $39.99, as well as the Mercenary Edition, which includes a meaty monster guide with artwork, a full soundtrack, and 10 randomized collectable monster cards out of over 50 for $49.99.

The game itself is the real star of the show, though. Think of it kind of like Monster Hunter or Gods Eater, but with more of a Norse mythology twist and a battle system that’s all about knocking your enemies high into the air, then flying up after them and flinging them all over creation before slamming them back down into the hard dirt below. It’s a great game to pick up and play anytime, as you can just grab a quest and head out to go attack all manner of creatures and loot lots of goodies off their hacked-up remains. And if you don’t want to go it alone, you can always bring three friends with you through ad-hoc or infrastructure multiplayer – which might be a huge help when you face off against some of this game’s mammoth bosses, who can be hundreds of times bigger than you are. And since this is basically a really cool party, I’ll be talking about those multiplayer features here today. While we weren’t able to play together too often (naturally, we’d get far too distracted trying to get our characters to properly high-five each other), the times we did play it in the office left us in fits of giggles and a welling flame of camaraderie for taking down big dudes. Because some of the dudes you fight are… well, really big and stuff.

The maps of multiplayer are the same exact maps used in the single-player campaign, and while single player is accessed through the local Guild, multiplayer is accessed through a nearby tavern. So what’s the difference, exactly? Difficulty. Multiplayer is much more difficult in comparison, and will reward players who take it on with better items which you can use to create new clothing, weapons, or just sell for some extra cash. Luckily, this difficulty isn’t closed to those who are venturing solo and want the extra challenge – single players only need to enter the tavern alone to progress through the game with a higher difficulty (y’all are crazy, though, for real). So can a brand new player instantly be fighting on one of the last maps in the game if one of their partners is farther ahead? The answer to that is no. If you have two, three, four people in multiplayer, the quests available for your team to choose from will be decided based on the ‘youngest’ player. This means that if you have three players who are at Chapter 5, and one on Chapter 3, you’ll only be given quests up to Chapter 3. Help that last guy conquer a few familiar foes, though, and you’ll be taking on later chapters together as a team in no time.

The game has a few multiplayer friendly in-game features, too. While you can’t use voice chat, there are a flurry of emoticons and silly to serious body language options to choose from to let your comrades know how you’re feeling. There are also equippable cards that are friendly to playing with others, too, such as a card that spreads certain leftover stats to your allies should you fall in battle, or a card that helps loot gravitate more to you than others (because if sharing was caring, things wouldn’t be as fun, though some drop items are split amongst the party).
Oh yeah, and so long as someone has a North American copy of the game, you can play with them, meaning don’t sweat having everyone play in the same room to enjoy some monster hunting. It’s all online, baby!

So be nice, have fun, and do your best on conquering the toughest Giants the Sundered Lands have to offer!