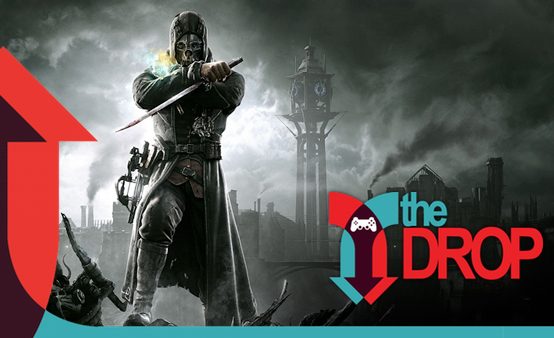 On PS3 this week, Dishonored is an immersive first-person action game that casts you as a supernatural assassin driven by revenge. Creatively eliminate your targets as you combine the supernatural abilities, weapons and unusual gadgets at your disposal. Pursue your enemies under the cover of darkness or ruthlessly attack them head on with weapons drawn. The outcome of each mission plays out based on the choices you make.

XCOM: Enemy Unknown also comes to PS3 this week. Threatened by an unknown enemy, the Earth’s governments unite to form a secret paramilitary organization, known as XCOM, to combat this extraterrestrial attack. As the commander of XCOM, you control the global defense team and its resources in a battle against the terrifying alien invasion.

On PS3 and PS Vita, Retro City Rampage offers a unique parody of the open-world action genre that takes modern game mechanics and mashes them into an authentic 8-bit experience. Tackle over 50 story missions featuring driving, shooting, platforming and more. With over 30 arcade challenges and more than 25 weapons and power-ups to master in Retro City Rampage for the PS3 and PS Vita. Enjoy this week’s The Drop.

Dishonored (Also on PSN) — Dishonored is set in Dunwall, an industrial whaling city where strange steampunk- inspired technology and otherworldly forces coexist in the shadows. You are the once-trusted

bodyguard of the beloved Empress. Framed for her murder, you become an infamous assassin, known only by the disturbing mask that has become your calling card. In a time of uncertainty, when the city is besieged by plague and ruled by a corrupt government armed with industrial technologies, dark forces conspire to bestow upon you abilities beyond those of any common man – but at what cost? The truth behind your betrayal is as murky as the waters surrounding the city, and the life you once had is gone forever.

XCOM: Enemy Unknown — XCOM: Enemy Unknown will place you in control of a secret paramilitary organization called XCOM. As the XCOM commander, you will defend against a terrifying global alien invasion by managing resources, advancing technologies, and overseeing combat strategies and individual unit tactics.

The original X-COM is widely regarded as one of the best games ever made and has now been re-imagined by the strategy experts at Firaxis Games. XCOM: Enemy Unknown will expand on that legacy with an entirely new invasion story, enemies and technologies to fight aliens and defend Earth. You will control the fate of the human race through researching alien technologies, creating and managing a fully operational base, planning combat missions and controlling soldier movement in battle.

Just Dance 4 (PS Move Support) — Just Dance 4 is your ticket to the best new music with over 40 tracks from a variety of top artists, popular genres and hot billboard songs like “Good Feeling” by Flo Rida, and Moves Like Jagger by Maroon 5 ft. Christina Aguilera. The tracklist also features legendary artists such as Barry White and The B-52’s to get the whole family up and moving.

Port Royale 3 — In Port Royale 3, players will embark upon an epic adventure through the Caribbean during the turbulent 17th century where the naval powers of Spain, England, France and the Netherlands all fight for supremacy in the colonies. Players take on the role of a young captain trying to build his fortune and reputation in the new world colonies. The campaign consists of two different paths for the young protagonist to follow: adventurer and trader.

Retro City Rampage (For PS3 and PS Vita) — Retro City Rampage is an open-world action game parody of the popular crime city genre. The game is designed to represent a classic NES game with a level of carnage and chaos never imagined in the ’80s.

Equipped with the Doctor’s sonic screwdriver, River’s Blaster and other fantastic gadgets, journey through four London time periods and a number of alien locations in search of the answers. Face up to the most fearsome monsters including Silurians, Cybermen, Daleks and the Silence. Outwit and destroy foes, solve puzzles and make the right choices in an epic action-adventure.

Derrick the Deathfin (PSN Exclusive) — Derrick the Deathfin is the world’s very first underwater papercraft game. The action – of which there is plenty – takes place in an irreverent aquatic world full of paper, goofy fish, paper, arcade action, paper, wanton destruction, and paper.* After Derrick’s parents are brutally turned into soup he sets forth on a worldwide rampage of destruction in order to make himself feel a bit better. On his travels he eats all manner of dopey delights for dinner, duels with paper enemies and decimates man-made cardboard monstrosities. Derrick also has a distinct fondness for picking up diamonds and jumping through burning tyres in the sky. Just like a real shark!

Spy Hunter (For PS Vita // Also on Gamecard) — Celebrating 30 years of sleek cars, concealed weapons, and careening car crashes, Spy Hunter races forward on its most thrilling and dangerous ride yet. The player once again takes on the role of the “Agent,” the driver of the high-tech G-6155 Interceptor supercar, armed extensively with advanced weaponry, and ready to take on a global terrorist organization set on world domination.

The Testament of Sherlock Holmes — London, 1898. Holmes has just solved a recent case by retrieving a priceless set of jewels that had been stolen. Unfortunately, the jewels’ owner reveals that the necklace Holmes returned to him is a pale imitation… and everything seems to incriminate the detective as the culprit!

Birds of Steel — Birds of Steel offers 20 historical and a wealth of fictitious missions, spanning eight world-famous campaigns, and users are given access to over 100 famous planes from the entire axis and allied forces

rosters. A number of planes ideal for each campaign can be selected, and have been faithfully recreated in terms of handling, capabilities and weaponry. The classic Spitfire, P-51D Mustangs, and Messerschmidt 109 are all lined up for combat, as players opt to player opt to fight for the Allies, Japanese or Axis forces.

Machinarium — Machinarium is an indie game project created and released by Amanita Design. A puzzle / adventure game, this game focuses on a little robot who’s been thrown out to the scrap yard behind the city who must return and confront the Black Cap Brotherhood and save his robot-girl friend.

Warlords — Show no mercy and take no prisoners as you fight to the death for title of the almighty Warlord in this multiplayer arcade action game based on the Atari classic. Defend your castle from mischievous minions and ferocious fireballs spun from the mouth of a maniacal dragon in this whimsical reinvention of the beloved classic. In the ultimate battle of speed, strategy and survival, command your troops with shrewdness and skill to capture control points, collect power-ups and destroy the other warring factions!

Worms Revolution — Worms Revolution sticks an exploding sheep under worm-on-worm conflict and blasts it squarely into the 21st century with this revitalization of the acclaimed strategy series. Developed from the ground up on a completely new game-engine Worms Revolution delivers exciting new features and stunning 3D graphics with the classic 2D, turn-based gameplay of everyone’s favorite warring invertebrates. Choose to play the extensive single player mode which features both campaign and puzzle missions or dive straight into multiplayer warfare via online or local play. For the first time ever see the inclusion of dynamic water, physics objects and worm classes! Customize your experience by choosing what classes you play with, what they look like and even how they speak!

Fans of the PlayStation.Blog can now play as Sid, Jeff or as me in Retro City Rampage. Make sure to choose me (Rey Gutierrez) as your avatar. My hair looks great in all its retro 8-bit glory!