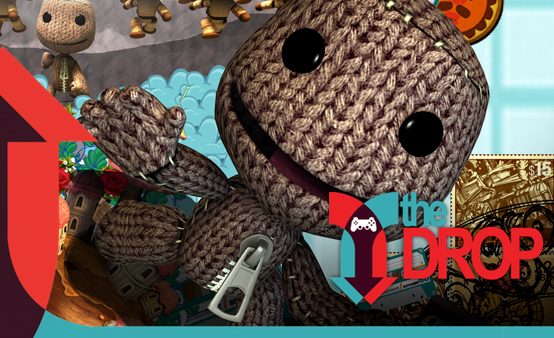 LittleBigPlanet’s critically acclaimed “Play, Create and Share” experience makes its way to the PlayStation Vita, in a completely new Sackboy adventure that takes advantage of the innovative and powerful feature set of the PS Vita. Play through loads of included levels and collect prizes, costumes, and create materials. Create your own levels and challenges with familiar and easy-to-use pop-it tools, which are made even more user friendly through the PS Vita’s front and rear touch screens. Once complete, share your creations online with the whole LBP community.

Also on PSN this week is Tokyo Jungle, the acclaimed and celebrated urban animal survival game that lit up sales charts in Japan. With over 50 playable animals to choose from, unleash your inner beast to hunt your way to the top of Tokyo’s post-apocalyptic food chain. Whether in Story or Survival Mode, you never know where your next meal will come from or the dangers you’ll face, so be prepared for anything and everything. Forage through this desolate but dangerous city to complete story-based challenges using a variety of survival skills, from all-out attack to stealth.  Enjoy this week’s The Drop.

LittleBigPlanet (Also on PSN) — In LittleBigPlanet for PlayStation Vita, join Sackboy on a completely new adventure, filled with exploration and competition. Customize Sackboy and the world around you with unique touch and camera Create tools that let you Play with more freedom that ever before. Then discover an endless amount of free games, created and Shared by fans online. LittleBigPlanet for PS Vita is a miniature development

kit in the palm of your hand that will allow players to Create a multitude of different experiences—the possibilities are truly endless!

FIFA Soccer 13 (Also on PS3 and PS Vita) — FIFA 2013 captures all the drama and unpredictability of real-world football. This year, the game creates a true battle for possession across the entire pitch, and delivers freedom and creativity in attack. Driven by five game-changing innovations that revolutionize artificial intelligence, dribbling, ball control and physical play, FIFA 2013 represents the largest and deepest feature set in the history of the franchise.

Dead or Alive 5 (Also on PSN) — Dead or Alive 5 marries its signature fighting style with MMA fighting techniques to deliver a major kick for players new and old. Visually striking scenes from around the world blended with a hard-hitting cast puts players in the roles of the cast of Dead or Alive fighters once again. In DoA 5, stages act not only as visual backdrops to accompany a fight but instead play to a fighter’s strengths. As a fight progresses, the backdrop will change and interact with players. Skilled fighters will be able to utilize these dynamic stages to execute hard hitting blows, pitting their opponents against new obstacles creating a unique experience that will leave you breathless.

Pro Evolution Soccer 13 — In Pro Evolution Soccer 2013, players are given greater freedom over ball control and the way players receive and trap the ball has been improved. Also in PES 2013, characters are more recognizable and the game is more balanced than ever before.

Tokyo Jungle (PSN Exclusive) — What happens to man’s best friend, when man doesn’t exist? With humans extinct, pets have gone feral, zoo animals have escaped captivity and wild creatures are ruling the streets of Tokyo – and all are facing a savage battle for survival. As the animal of your choice, you must use your cunning, natural instincts and ruthless aggression to seize territory and escape the jaws of your enemies in this original action adventure game.

Starhawk — Starhawk provides fast paced third-person shooter action set in this lawless frontier of space, allowing players to instantly alter the battlefield by calling down offensive and defensive structures in real-time from an orbiting drop ship, all while blasting away at enemies in the middle of huge single-player or multi-player firefights.

One Piece: Pirate Warriors (PSN Exclusive) — Immerse yourself in the faithfully rendered ONE PIECE universe created by Eiichiro Oda. Gain new skills and abilities to add impressive combos to your fighting repertoire. Set sail with a friend via PlayStation Network and explore the seas together.

Mirror’s Edge — Mirror’s Edge introduces players to Faith, a “runner” in a world where communication channels are highly monitored and the movement of human traffic is closely watched. When Faith’s sister gets framed for a murder she did not commit, Faith finds herself on the edge of the city, on the wrong side of the law.

Final Fantasy III (For PSP) — Protected by the crystals of light, the once peaceful land has forever been changed by the great tremor. Without warning, the earthquake pulled the crystals into the earth, upsetting the world’s fragile balance. It seems as if all hope is lost—but as the Gulgan prophecy foretold, four souls blessed with the light shall once again restore balance to the world…

Realms of Ancient War — The heroic-fantasy hack ‘n’ slash game R.A.W.: Realms of Ancient War takes you on a continent ravaged by a war that raged ten years earlier. The four Kingdoms of Men, Elves and Dwarves lay in ruins, preyed on by raiders and looters. In this chaos, a new, unknown threat is looming… To discover its true nature, the kingdoms sent detachments to investigate, a dangerous mission from which no one returned. But what about you? You, who were in the wrong place at the wrong time…

Table Ice Hockey (For PS Vita/PSN Exclusive) — A new Augmented Reality title is making its way to the PS Vita called Table Ice Hockey. Sony has released screenshots of the game from Gamescom, which joined the AR Play line-up of titles, that include pulzAR, Table Top Tanks andCliff Diving, and Table Football.

Turnabout — Incredibly easy to learn and nearly impossible to master, Turnabout will challenge the most skilled puzzle champions. If things roll your way, you’ll tumble through the tricky rounds of this highly addictive puzzler and prove yourself to be a puzzle genius!

Grand Theft Auto III — From the days of the PlayStation 2, this downloadable game allows you to play the classic original on compatible PlayStation game systems.
Mob bosses need favors, crooked cops need help, the street gangs want you dead; so to compensate you’ll have to rob, steal, and kill in order to stay alive.

Developed by DMA Design, GTA3 is the first installment of the series to utilize a fully three-dimensional living city with open environments and non-linear gameplay. Additional features include a cast of hundreds of different characters, more than 50 types of vehicles, three hours of professionally recorded music, and a huge array of deadly street weapons.