Sly Cooper: Thieves in Time Out on PS3 and PS Vita February 5th 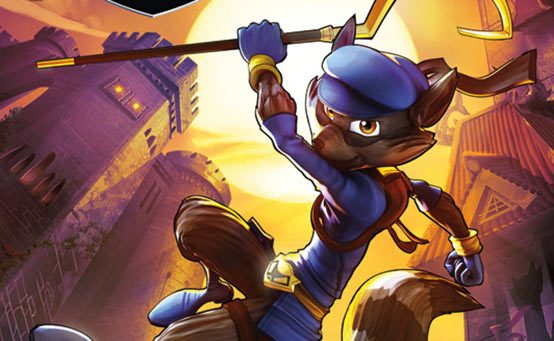 It’s been a few weeks since we’ve had some news come out about Sly Cooper: Thieves in Time! Hopefully, you’ve already seen the sweet trailer we released at gamescom and are itching to learn even more about Sly, the gang and their upcoming adventure. Well, today we’re happy to announce that Sly Cooper: Thieves in Time will be releasing in North America this February 5th, 2013 both at retail and on PlayStation Network (that’s right, day and date!).

In case you didn’t catch it, if you buy the PS3 version of Sly Cooper: Thieves in Time (through traditional retailers or on PSN), you will be able to download the PS Vita version of the game from PSN at no additional cost! Now that’s a — wait for it — a steal!

We also wanted to let everyone know that we’ll be offering up extras for those of you who have (or are going to) pre-order the game. Pre-order now and you’ll get the following skins in both the PS3 and PS Vita versions of the game:

Don’t forget that you’ll also get early access to the Sly Cooper: Thieves in Time demo with your purchase of Ratchet & Clank Collection, available now at participating retailers.

That’s it for now, but we’re working on some awesome stuff we’ll be showing you in the near future. Keep an eye on PS.Blog for more!