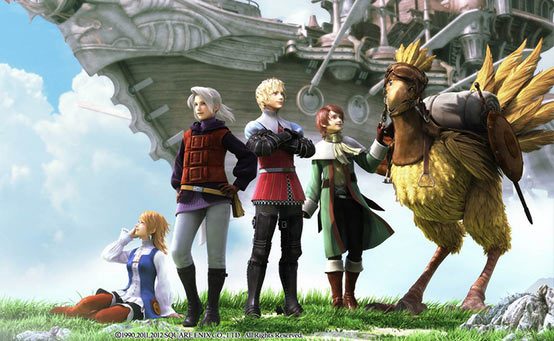 PlayStation fans are no strangers to the FINAL FANTASY brand, and have continued to be devoted supporters over the series’ 25 year history. Last fall, we brought two additional classic entries in this franchise to the PSN catalog as part of our Winter of RPGs campaign.

This time, I’m here to help close out summer with a bang. The list of numbered FINAL FANTASY titles available on the PlayStation family of consoles has been incredible, but alas, it has also been incomplete. That changes on September 25th, with the release of FINAL FANTASY III on PlayStation Network.

Now, PSP owners will be able to experience a piece of FINAL FANTASY history as they embark on a journey with the four Warriors of Light — Luneth, Arc, Refia, and Ingus — as they battle to save the world from being engulfed in Darkness. A dangerous mission, to be sure; to accomplish their task, they will need an incredible set of skills.

FINAL FANTASY III was the first installment in the series to include the now-famous Job System. While this band of heroes starts out as Freelancers, with time, they will each be able to learn one of 23 different jobs! Use the healing spells of the White Mage to protect your party, harness the negative energies of the world as a Dark Knight, or turn the environment itself into a weapon as a Geomancer. These are but three of the many options available — there’s a multitude of incredible of job combinations for your party. Mix and match until you find the combination you like best!

But there’s more! New features for the PSP version include: graphics optimized for the 16:9 screen, an image gallery, an option to switch to the original BGM, and an auto-battle system that doubles the speed of combat.

FINAL FANTASY III debuts on PSN September 25th. Download it, complete your FINAL FANTASY collection, and then start figuring out what you want your Warriors to be when they grow up. Oh, and say hi to Cid for me when you see him!