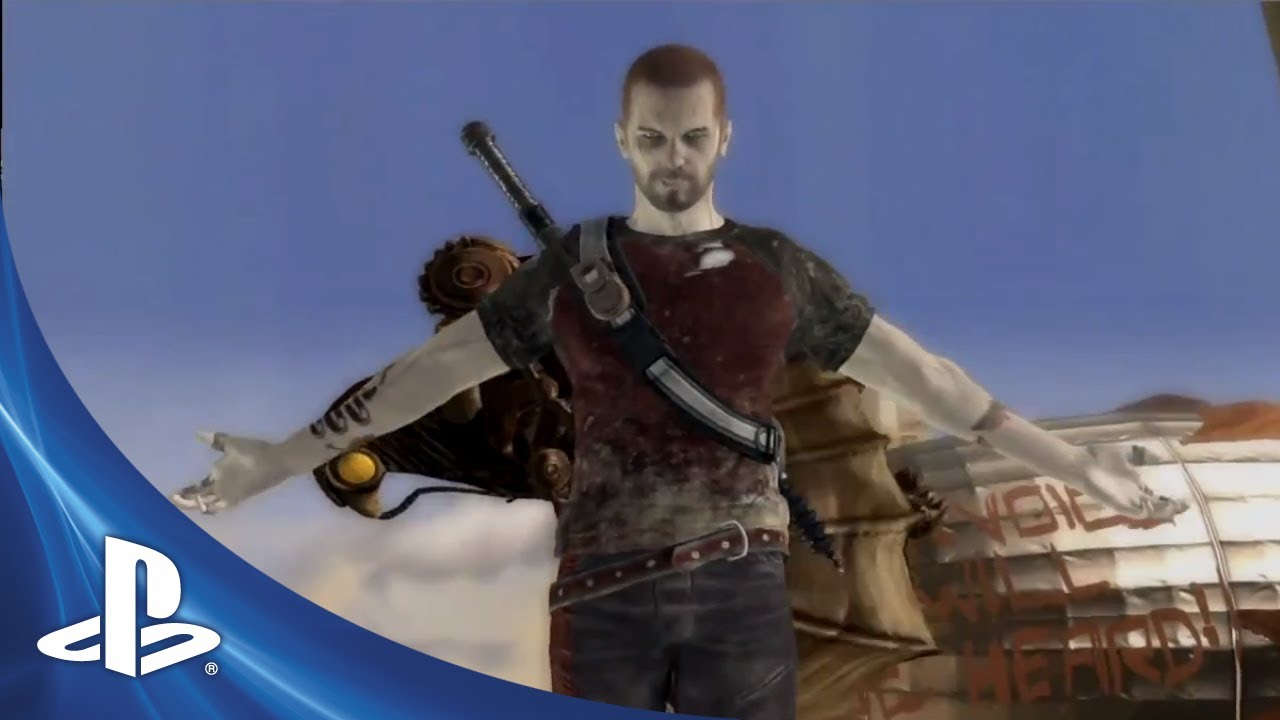 Daniel Maniago Community Manager, SuperBot Entertainment
Another hot summer is winding down as we close in on the release of PlayStation All-Stars Battle Royale, and fans have been asking whether we still have more reveals in store for everyone. Well, we’re not done yet!
Today, the PlayStation All-Stars team attended the GameStop Managers Show in San Antonio, TX, an annual event where the retailer gets to check out the industry’s most anticipated video game titles. During the expo’s keynote we confirmed our latest addition to PlayStation All-Stars’ roster — Evil Cole from Sucker Punch’s inFAMOUS series!
Players familiar with inFAMOUS know that Cole MacGrath’s fate changes drastically if led down a path of evil, and both his appearance and powers reflect this dark side of him. Evil Cole harnesses the powers of both electrokinesis and pyrokinesis in battle, offering a style more ruthless in nature than his moral counterpart, Cole MacGrath. When you pick up the controller, you’ll immediately notice the differences between their fighting styles. inFAMOUS fans with a taste for destruction need look no further for their character of choice. Check out our newest character trailer to see Evil Cole’s moves in action.

Evil Cole can blast opponents from afar with bursts of fire and electricity, or engage opponents at close range with incendiary strikes. Players can utilize familiar attacks such as the Hellfire Rocket, Tripwire Rocket, and Firebird Strike to dispatch foes. Evil Cole is able to harness the power of The Beast once his energy has reached maximum level, leaving nothing in his wake. He is also able to suck AP out of his enemies using his Ionic Drain, giving him an AP headstart before opponents are ready for the next onslaught. He brings an offense-heavy playstyle to the fight that rivals that of the most fearsome challengers on the roster.
If you’re in the San Antonio area and you’re a GameStop PowerUp Rewards member, get your tickets now to attend the public expo tomorrow (Tuesday, August 29th) from 11:00am to 4:00pm at the Henry B. Gonzalez Convention Center. You’ll get to go hands-on with PlayStation All-Stars on both the PlayStation 3 and PlayStation Vita before we even hit store shelves. Ticket prices and additional information can be found on their website.
That’s it for now! In case you missed the news, purchasing PlayStation All-Stars Battle Royale for the PS3 also nets you a digital download of the PlayStation Vita version at no additional cost! How can you pass up a deal like that?!? Our release date of November 20th is fast approaching so be sure to pre-order now. A big thank you to all the fans for your always encouraging support. We have more news and announcements in store for you as we head into PAX, so stay tuned. We’ll see you at the show!