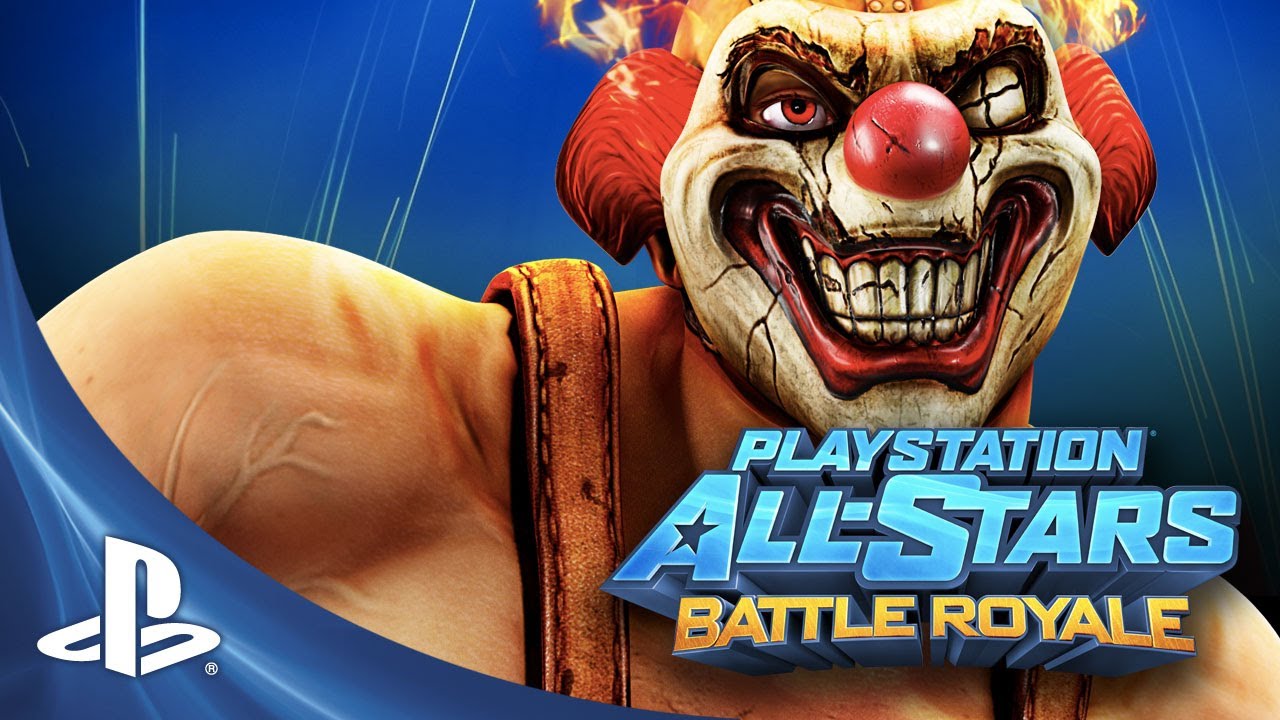 Sweet Tooth has always been closely associated with vehicular combat, rather than hand-to-hand fighting, so when shaping his playstyle we had to rely on his distinct personality and image. Fortunately, we had direct input from the talented Twisted Metal team (including the man himself, Twisted Metal creator/game director David Jaffe), and we were able to get a great deal of constructive feedback from them through rigorous playtesting. We also had early access to the newest iteration of Twisted Metal when it was being developed — we drew inspiration for his level 2 super from the new “Nuke Mode” that was introduced in the game.

Sweet Tooth has always had this sort of campy B-movie feel to him, which led us to thinking we should have him use the PS3 controller as a weapon in his super. We played around with a few ideas for his level 3, and even considered allowing players to drive around in his signature ice-cream truck. We ultimately felt that Sweet-Bot — another piece from the newest Twisted Metal game — would be the best fit for his ultimate attack.

Sweet Tooth is a huge bruiser — he’s all about big, powerful attacks that often make his opponents go flying. He initially had a large degree of combo ability using his melee attacks, but we decided that didn’t really fit with his physique or playstyle. Instead, he likes to pick his battles, come through with a quick burst of power, then move on to the next opportunity (which isn’t very different from his style in Twisted Metal). Moves like the chainsaw, flame breath, and molotov cocktail really fit his character. We took the mines from Twisted Metal and included them in his arsenal as well. We considered giving him the classic freeze missile too, but opted to make it a usable item instead.