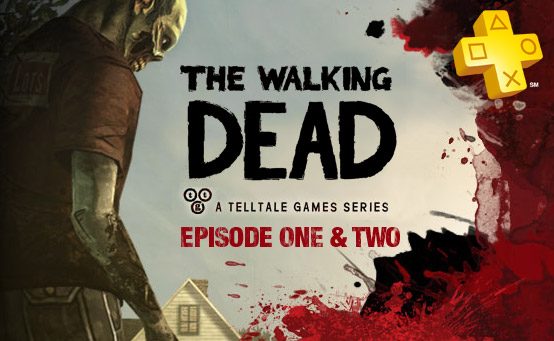 20% off for PlayStation Plus Members (PSN Price: $14.99, PS+ Price: $11.99)
The 2012 PSN PLAY event kicks off with a first week discount on one of the most intense co-op shooters on PSN. Grab a friend (or three) and join four of the Expendables (Barney, Gunner, Caesar and Yin Yang) in a mission to rescue akidnapped billionaire. Featuring vehicular combat, four-player co-op story and challenge modes, and a wealth stages set in exotic locales, The Expendables 2 Videogame is a fantastic experience for gamers that dig hardcore shoot em up action.

Also, don’t forget that starting this week PlayStation Plus members can pre-order SoundShapes from the PlayStation Store and get 20% off boththe PS3 and PS Vita versions of the game (of which come bundled together for one price) as well as an exclusive PS3 theme. Note: Pre-orders for SoundShapes will only take place on the PS3 store as the gift with purchase theme is only useable for PS3 systems. Vita only owners don’t worry as you can still snag the 20% Plus discount on the store the 1st week the releases.

Free for PlayStation Plus Members (PSN Price: $4.99)
The first episode from Telltale Games’ universally-acclaimed series The Walking Dead by will be available to all PlayStation Plus members as part of the Instant Game Collection! Follow a set of unique characters as they fight for survival amongst the ever-growing “walker” population, and encounter threats from both undead and human enemies.

Free for PlayStation Plus Members (PSN Price: $4.99)
We’re also delivering PlayStation Plus members the second episode in The Walking Dead series as part of the Instant Game Collection! Following the decisions you made in A New Day, you’ll be confronted with even more gut-wrenching scenarios and thrilling action sequences with your fellow survivors. Like Episode 1, Starved for Help was adored by critics for its riveting gameplay and dramatic storyline, where players need to make harrowing decisions on the fly.

20% off for PlayStation Plus Members (PSN Price: $14.99, PS+ Price: $11.99)
This week marks the release of the highly-anticipated PSN exclusive SoundShapes. Marrying brilliant side-scrolling 2D gameplay with unique musical compositions, you’ll be hooked by the incredible landscapes you’ll see and hear in SoundShapes. Available for both PS3 and PS Vita systems together for one special price, PlayStation Plus members will be getting the absolute best deal with a 20% discount. If you already had your pre-order locked in, you’re all set! Make sure to check out the trailer above, which introduces musicians Beck and Pyramid Attack into the lineup of amazing levels in SoundShapes.

With the August 7th update, you’ll also be able to pre-order the next PSN PLAY game Papo & Yo, which will also have a 20% discount for all PlayStation Plus members. Everyone that pre-orders the game will get an exclusive Papo & Yo theme, so don’t sleep on it!

We’ll be coming at you with another update on August 13th, with more additions to the Instant Game Collection and additional awesome sauce. Until then, watch the PS.Blog for our weekly PlayStation Store Updates to see what additional content is added for PlayStation Plus members. Please leave us your feedback in the comments, and help us by rating the Instant Game Collection lineup on a scale from 1 – 10. If there was one thing you could change about PlayStation Plus, what would it be?