The Monsters of God of War: Ascension — Polyphemus 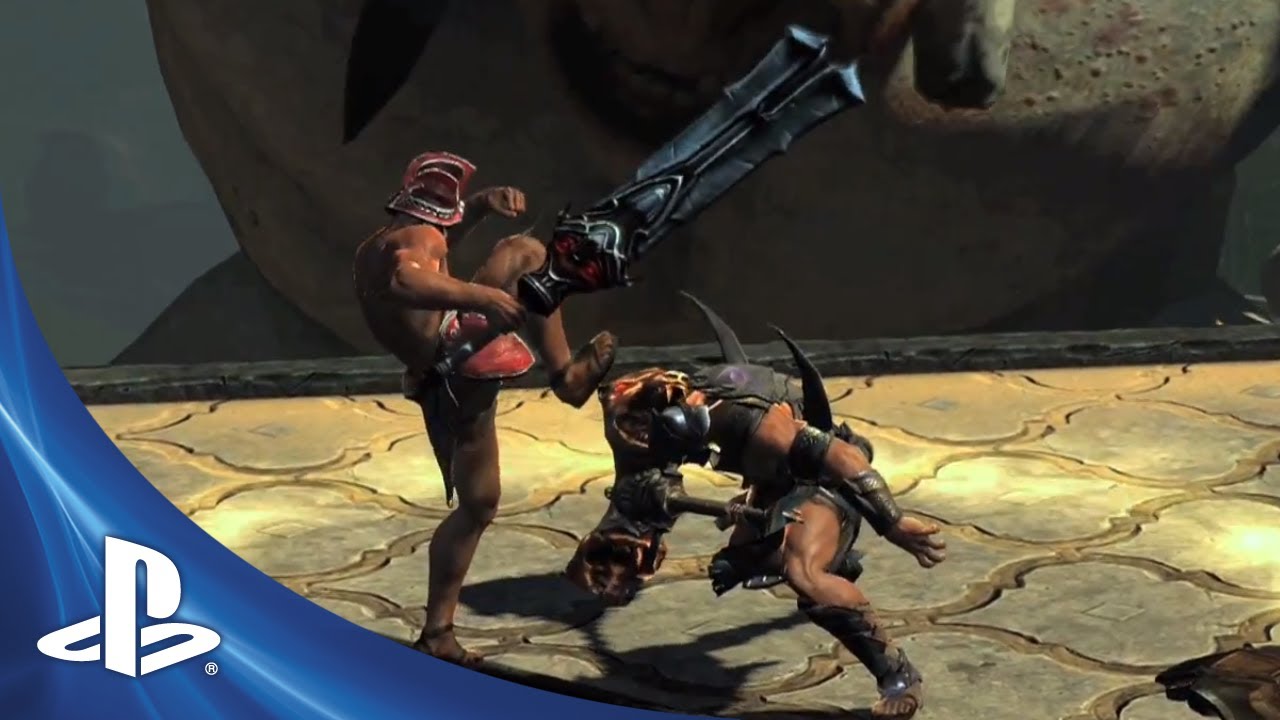 As we begin the journey to the launch of God of War: Ascension on March 12, 2013, we want to further explore all aspects of the God of War universe to give you deeper insight into the creation, lore, design, and gameplay that’s being poured into the game. Welcome to our first “Monsters of Ascension” feature.

In God of War: Ascension, we are introducing an epic, unprecedented multiplayer experience. You will become a Champion of the Gods, but not before you encounter and conquer one of the biggest Titans seen in the entire God of War series — Polyphemus.

The Titan cyclops Polyphemus — the gargantuan one-eyed son of Poseidon — is a brutal boss on our desert multiplayer map. He will literally crush you and your foes (repeatedly) until you earn enough favor from the Gods to be granted the Spear of Olympus — the only known weapon that can destroy Polyphemus.

I sat down with Izzy Medrano, Lead Concept Artist for God of War: Ascension, to discuss his contributions to the game. Aaron Kaufman: What inspired your visual creation of Polyphemus? Any other particular monsters, movies, comic-book villains, a recent to trip to Mesopotamia, or perhaps a particular dev team member? He’s a beast!

Izzy Medrano: Ironically, I pulled a little bit of of his body type from myself and similarly shaped guys. I’m pretty barrel chested and sport a proper tummy. Someone else noticed the similarity so I even painted a quick version of Polyphemus with my trademark curls, spiral earrings, and a hoodie – it got some laughs in the review!

I find with a lot of these sort of classic Greek monsters, I’ll mix something really traditional with something highly unusual. In this case horns came up pretty early as a nod to the old Harryhausen Cyclops, and Polyphemus’ restraints came from a sort of modern bondage / piercing angle.

The other thing I brought into his shape was the knowledge that the original myths of the Cyclops are said to come from early Greeks encountering ancient elephant skulls. It wasn’t until way later in the days of Hannibal that elephants became known to the culture at large, so it was likely that they invented the Cyclops tale to account for these massive fossils. With that in mind I added some short tusks to the character’s jaw line, and added just a bit of an elephant texture to his skin. There may be an underlying tone of “elephant” throughout God of War: Ascension because of me. Just sayin’. AK: How do you feel about Polyphemus being a featured boss in multiplayer instead of traditional single-player epic bosses that you’re accustomed to creating for God of War?

IM: I am really content with Polyphemus’ role in multiplayer. He’s the first God of War multiplayer boss ever created, and in many ways has to break a lot of new ground. Not the least of which is on the technical side. This is a full-blown God of War Titan boss that players are accustomed to seeing in single-player, but now in eight-player multiplayer mayhem. It’s incredible! He may not be what I’ve become accustomed to, but he iss definitely a monster all his own,like a boss.

IM: If you pay attention to the piercings on our big, dour friend, you’ll notice that there are three gigantic piercings holding him in place. Two are impaling his arms. They separate his biceps from the humerus bone in what could be considered the most intense body modification ever. The pain of constantly having your muscles tugged from the bone must be incredible. Yet he pulls against his bonds with all of his giant’s might to destroy the measly humans at his dinner table.

For even more details, you can read the full “Monsters of Ascension” feature here.