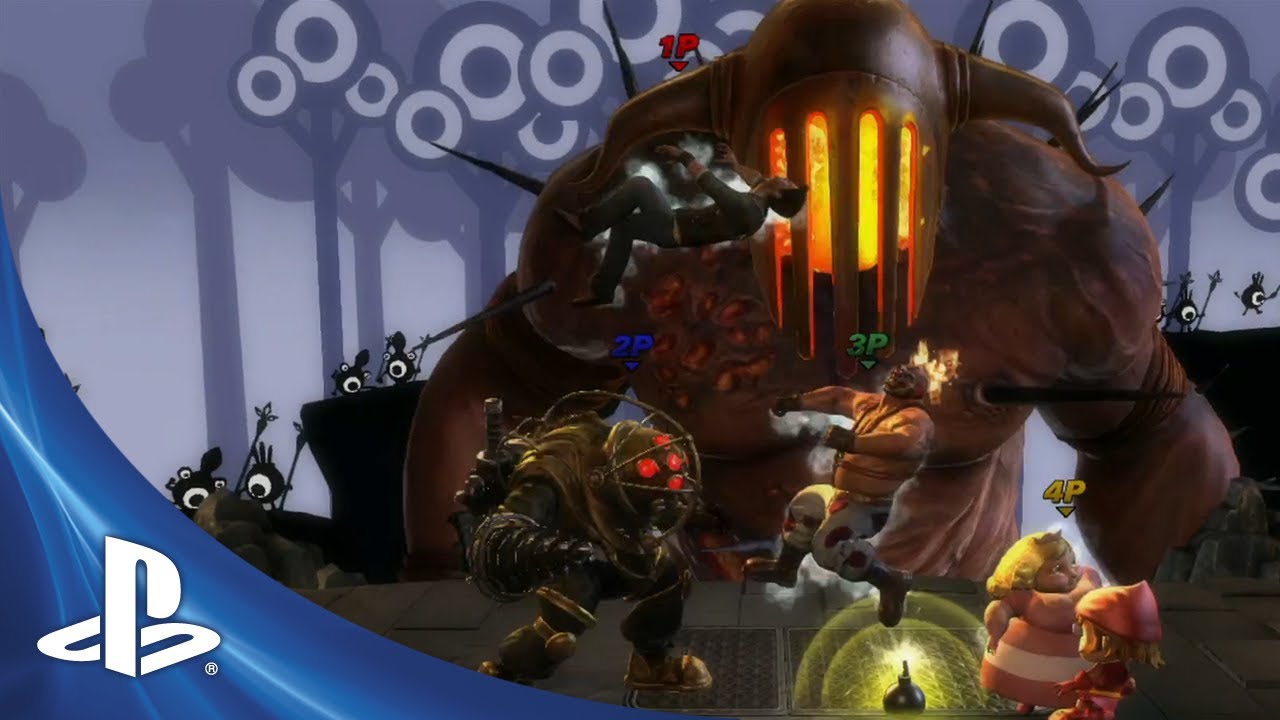 The pick-up and play nature of PlayStation All Stars and the portable power of the PS Vita seem to be made for each other, so bringing the two together was a no-brainer. With Cross Play support, owners of the PS3 and PS Vita versions will be able to play against each other seamlessly, via both local and online play. Both versions of the game feature identical gameplay at a blazing-fast 60 frames-per-second, offering the complete PlayStation All-Stars experience. PlayStation All- Stars PS Vita takes advantage of many of the unique Vita features, including “near” functionality and both front touchscreen and rear touchpad support. Equally exciting of course is the announcement of two new characters: UNCHARTED’s Nathan Drake and BioShock’s Big Daddy. Nathan Drake is a true PlayStation star known to never miss an opportunity for adventure, making him a perfect addition to our roster. Big Daddy’s introduction may come as a surprise, but we think he’s a character that typifies the celebration that is PlayStation All-Stars. This deep sea giant packs a serious punch when he’s angry, offering a fun play style that’s fresh and exciting. E3 week is always an exciting time, and we’re really excited to be sharing this news with you all. If you make it out to E3, be sure to stop by the Sony booth to check out PlayStation All-Stars Battle Royale Vita featuring Cross Play, as well as our two new characters, Nathan Drake and Big Daddy. And of course, stay tuned for more feature announcements leading up to PlayStation All Star’s release this Holiday season.