Sly Cooper Steals the Cover of PlayStation: The Official Magazine 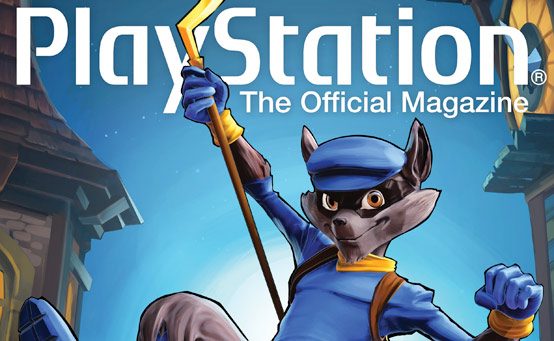 Sly ’s back, and the anthropomorphic raccoon has never looked better. PTOM’s May issue cover features one of PS2’s most beloved platformer protagonists as he prepares to star in his first all-new PS3 entry. Though original developer Sucker Punch has stepped aside, our visit with Thieves in Time’s developer Sanzaru Games indicates that the fourth game in the series is in good and capable hands.

Elsewhere in the issue, the battle rages on in our Medal of Honor: Warfighter feature as we get our first look at EA’s second offensive front against rival Activision’s Call of Duty franchise. Warfighter’s focus on Tier One operatives and cinematic action sequences indicate it’s got its sights squarely set on the rumored but as-yet-unconfirmed Black Ops 2. We can’t wait to see the pyrotechnics when these two powerhouses meet on the field of battle.

There’s no shortage of big reviews this month, either, with Mass Effect 3, Street Fighter X Tekken, Resident Evil: Operation Raccoon City, and Silent Hill: Downpour leading the way. PS Vita games also continue to leave their mark with third-person shooter Unit 13, the venerable Plants vs. Zombies, and the quirky Escape Plan. Factor in a slew of hot PSN titles and we’ve definitely got more games than time this issue.