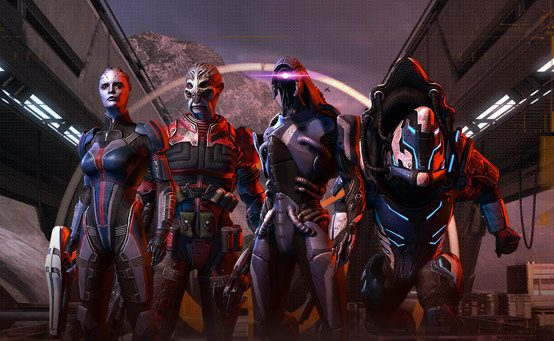 The first expansion to Mass Effect 3’s critically acclaimed multiplayer experience is almost here! The Resurgence Pack is coming to PSN on April 10th and with it, a host of new weapons, characters, maps and more. If you haven’t had a chance yet, check out all the action in our latest trailer.

With over 75 perfect review scores, Mass Effect 3 has been heralded as “The first true blockbuster game of the year,” by USA Today. This week the Resurgence Pack will dial up the action, and the best part? You can download it for no additional cost!

This new multiplayer pack will include two new maps, available immediately for play after downloading the pack: Firebase Condor and Firebase Hydra. Condor is a Turian warzone outpost and a crucial asset in the defense of their homeworld, Palaven. The cool thing about Condor is you can actually see the galactic war happen all around you. Ships are taking off, Reapers are looming in the background, and in the distance Palaven is burning. Hydra is located on an abandoned Quarian colony that has since been converted to an enormous power station. Protecting both of these firebases is absolutely critical in the defense against the Reaper attack.

Perhaps the most exciting part of the pack is the new multiplayer characters. Each class will receive a new character that can be unlocked through the Reinforcement Pack system. With the Resurgence Pack we are also introducing two new races for players to choose: The Batarian and Geth. Have you ever wanted to swing your assault rifle like a baseball bat and club enemies? Then you will probably like the Batarians. Or maybe you want to take the subtle approach. Engage Hunter Mode, spot enemies through walls, and then cloak to flank them. Then the Geth Infiltrator is for you. In total there are 6 new characters for MP:

So there you have it, that’s the Reinforcement Pack, it comes out April 10th and is available at no additional cost. Make sure you login and download it from PSN and take the war for Earth online with your friends.

See you on the battlefield,
N7ckmo