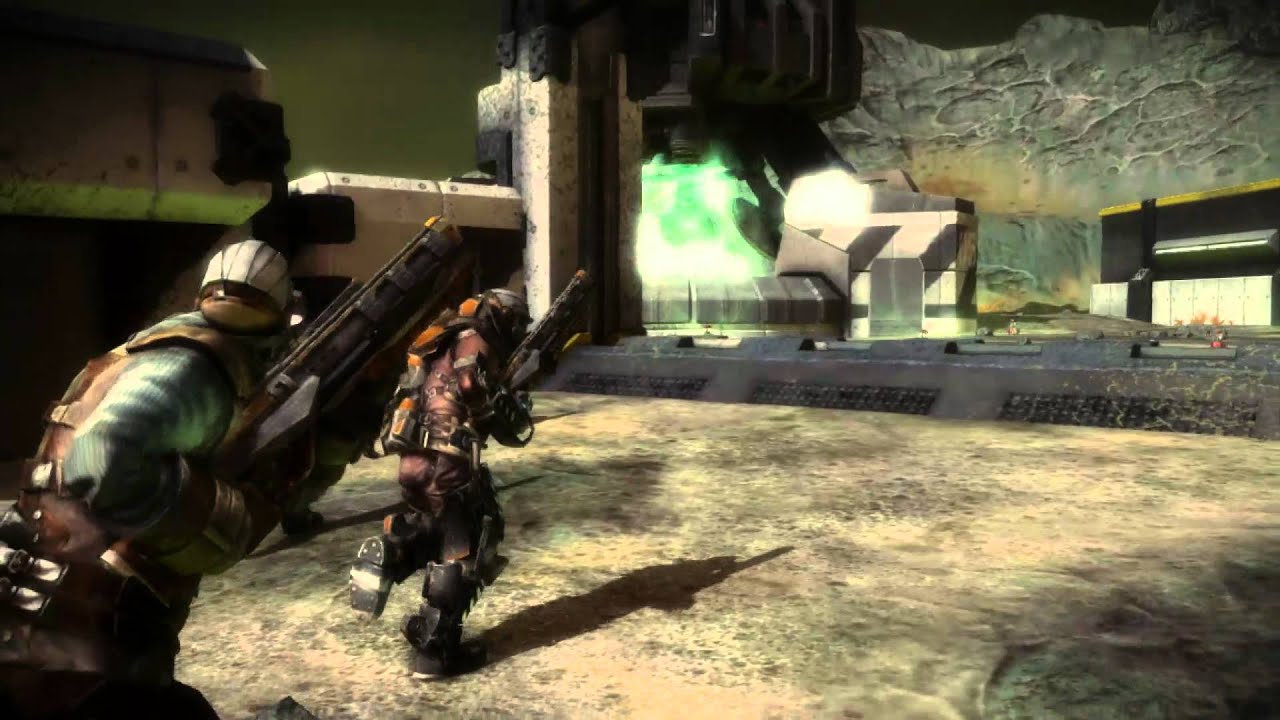 As most of you know, Starhawk is a frenetic 3rd person shooter with a ton of toys to play with. Its got a strong solo story campaign, deep 32 player head-to-head and even co-op! You can run, fly and drive almost anywhere you want. Its vehicular combat at its finest. The most popular question we get from players unfamiliar with the game is “What is this thing called Build & Battle?” Simply put its a dead simple way to build up a base all around you while staying in the middle of a fierce battle. Its not block building and its not slow. We’re not making Sim City. To show you, here is a nifty trailer!

In Starhawk we have one simple slogan…”Kill to build, build to kill.”

It’s not a gimmick. Its a really easy way for players to change the battlefield on the fly, in an instant straightforward manner. Its about dropping gigantic crates from orbit, having them smash down in front of you and having a big laser or bunker build right in front of you. You can even drop them on enemies (“Dorothy’d”).

So other than dropping massive structures from the sky….why is this fun? Because each one of these structures does something unique. Something tactical. Think of them nearly like firing a gun. They all mean something and they can all help your team. Just collect enough energy and spend it wisely. The Build & Battle system will change the battlefield every time you play. No map is ever the same. It’s not about memorizing a camping spot. Its about shaping the map the way you want, and making your enemy react to it. It’s about having options you didn’t have before, giving you deeper and smarter gameplay. Knowing how to shoot pretty well helps, too.

If you’re tired of playing the same old shooters with nothing but a skin change then you might want to give our Beta test a try. It’s free on PSN! For those of you who are already crazy about the game, pre-order
today and get some sweet DLC for no extra cost.

So how are you going to Build & Battle? Let us know below or visit us on www.starhawkthegame.com!

PS. For you Starhawk vets, Update 1.3 is right around the corner. If you think you know what this game is about, then you’re about to get your learn on.