Wheels of Destruction Coming to PSN 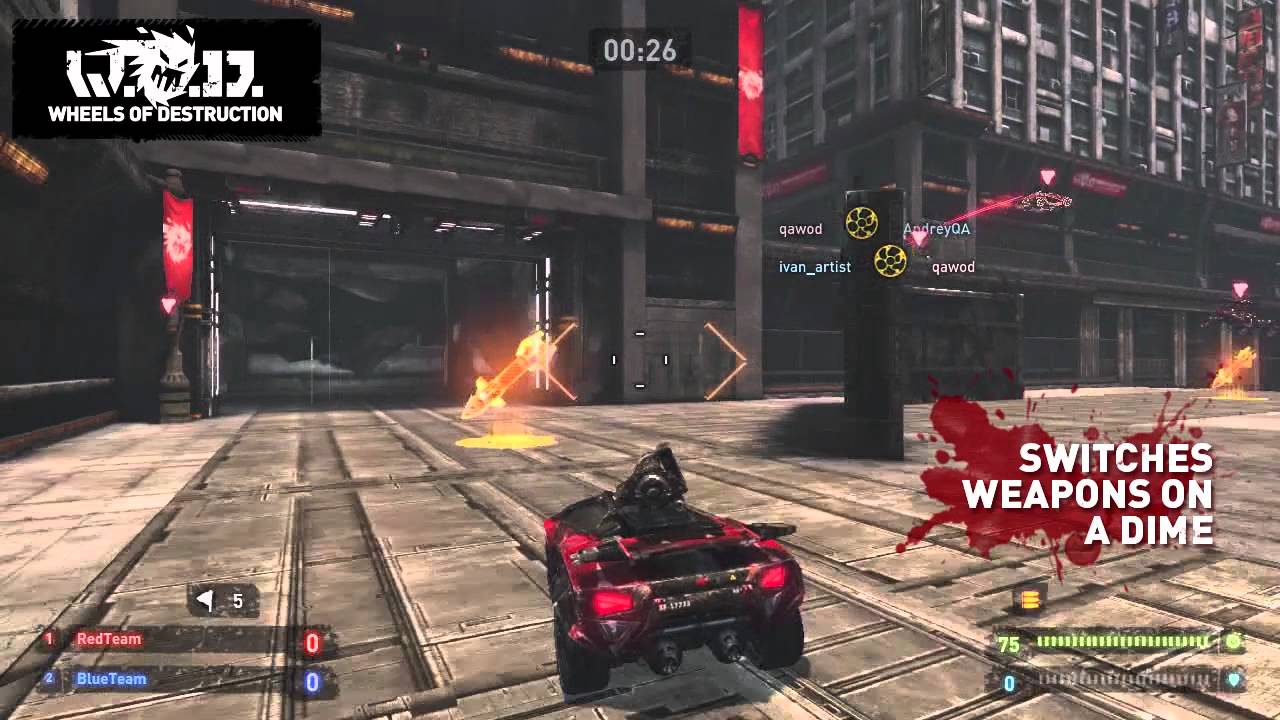 Few things are as universal as the lust to drive fast and destroy expensive machinery. Everyone likes driving and crushing things, so when given the green light, Gelid Games leaped at the creation of Wheels of Destruction. A lot of inspiring games came to mind, and we wanted to make our mark on the industry with an interpretation that is near and dear to us.

Before we got anywhere, we had to pick a platform, and going PSN exclusive was an obvious choice for us. Sony’s platform has become much easier to develop on, and the fact that we’re able to self-publish goes a long way in retaining our mindshare over the game. We wanted to know that every bit of perfection and every flaw was of our own design.

Once we had our platform in mind, we began searching for an engine. After trying as many that came through our doors, we found our place with the Unreal Engine, thanks to its great graphics and smooth asset production pipeline. We wanted to make the most out of the tools we had at our disposal. Our ideas were grand, with levels five times larger than what production suggested we’d be able to accomplish. We knew that a fine balance had to be made to have the world feel large while still allowing the vehicles to conquer the terrain. Cars cover a lot of ground, eliminating opponents from unbelievable distances. By staying true to our epic ideas, we could make the game more tactical and the speed feel more real. The engine allotted us an abundance of opportunity. High-quality textures, visual effects and a robust physics engine made Unreal not only a development tool, but an inspiration. The PhysX library that’s built into Unreal Engine gave us the idea to create a world with quite lofty physics…literally. Having cars soar above enemies effortlessly allowed the game to not be constricted to the established laws of car combat. With the physics we’ve created, players can feel the thrill of driving while having the tactical flavorings that high-flying jumps allow.

We spent a lot of time thinking about how to make a game that was accessible yet deadly competitive. What we conceived became an arcade-style death pit of a car combat game, yet with precise control. This allowed us to build a game that was, as many state, “easy to learn, hard to master.” The game plays blazingly fast and allows players to shoot accurately using a unique control scheme built around controlling the vehicle with a single analog stick. The resulting dynamical combat is something we haven’t seen on PS3 before.

One of the last mechanics we solidified was the class system. We wanted every person who plays to find a style that best fits their gameplay. By taking a classic approach, classes like the scout (a speed class) and heavy (a tank class) became more identifiable. Everyone could be on an even keel and still have a car that played in a unique and specific way. Better yet, this allowed us to give players the option of choosing and switching classes throughout a match, much like a loadout. Throughout development, we were seeing anywhere from 150-200 lethal encounters per match; every five seconds, an opponent is getting wasted off its wheels going 150mph. This was a pleasant set of data for us to come across, as one of our paramount goals in this game is to create a visceral online tournament. We were thrilled to see that our stress on high speed, soaring heights and large maps made for a game that was solid with sturdy netcode and a fluid framerate.

The game’s almost here. It’s rife with weapons of every combination, car classes that define the pace of the battle, and metal sinew to the brim. Developing this game has been a huge experience in all the most obvious and inobvious ways. Whether it’s tweaking the balance until our fingers are numb or having a discussion about what super fun trophies we could throw in, it’s been a fantastic ride. I’m really excited to start playing with people.