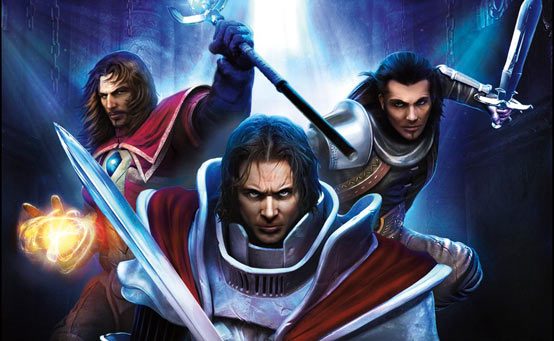 Over the next week, Ubisoft will be profiling our upcoming portfolio of launch titles for the PlayStation Vita. All these titles will be available a week prior to launch, giving gamers the opportunity to build up their library prior to the launch of this highly anticipated PlayStation handheld or experience the games early if you are picking up the First Edition bundle on February 15th. Let’s kick off the week by stepping into the fantasy genre.

But first, a question for my fellow PSP launch owners. How much fun was exploring the fantasy world of Untold Legends? I remember going over to my friend’s house to sit side-by-side as we tackled different dungeons. With Dungeon Hunter Alliance, we’re bringing back that feeling of exploring a fantasy universe along with your friends.

You may already be familiar with the PS3 version of the game, but soon you’ll be able to take the experience with you, exploring the depths of Gothicus, facing off against evil creatures, and enhancing your character while you’re on the go. Dungeon Hunter Alliance will also enable PS Vita owners to team up with up to three friends locally and via WiFi — the game will adjust the difficulty dynamically according to the number of players in the game.

We’ve also added PS Vita-specific features, including touchscreen controls. Players can tap the front touchscreen to pick up items and zoom in or out. The back touch panel will control the fairy to perform spells (especially useful when providing spell support with friends). Finally, the accelerometer gives players the option to shake their device to counter rival curses.

PS Vita owners can look forward to exploring the immense world of Dungeon Hunter Alliance when the game releases on February 14th for $39.99. Look for more information, including exclusive content and social features that can only be found on the PS Vita version, as we get closer to launch.