Hey Canada: An Epic UNCHARTED 3 Contest Just For You 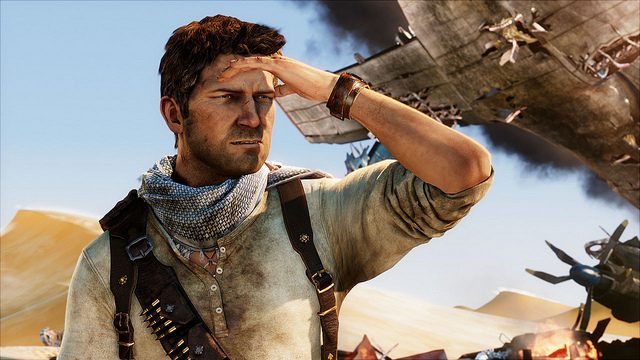 Hey Canadians, have you ever wondered what it’d be like to follow in the footsteps of Nathan Drake? Well now’s your chance to join an action-packed treasure hunt through the Arabian Desert inspired by UNCHARTED 3: Drake’s Deception! PlayStation Canada would like to offer one lucky winner and a guest the opportunity to become real-life treasure hunters.

Taking place in the dramatic backdrops featured in UNCHARTED 3, our Canadian winner will be competing against adventurers from across Europe, the Middle East and Australasia to win the title of UNCHARTED Treasure Hunter, with $10,000 worth of prizes to be won along the way. The action-packed quest will take place in the Arabian Desert, following in the footsteps of Nathan Drake as he picks up the trail of Sir Francis Drake and T.E. Lawrence (Lawrence of Arabia).

Starting from an outfitted UNCHARTED 3 base camp, a traditional Bedouin settlement in Wadi Rum, competitors will trek across the sand dunes of Aqaba on a quest to uncover hidden treasure. Travelling by jeep, by camel and on foot, the fortune hunters will follow a series of clues to uncover hidden artifacts, picking up treasure along the way that they can later exchange for prizes. Contestants will climb up to the Al Shallaleh waterfall, pass the Khazali Canyon, and stop off at T.E. Lawrence’s house, facing a different challenge at every turn.

All puzzles and challenges have been created by adventurer and survival expert, John Sullivan (don’t call him Sully!), whose experience has made him an invaluable adviser on many expeditions worldwide in some of the most inaccessible corners of the globe. The activity will reflect the type of challenges that Nathan Drake experiences in UNCHARTED 3: Drake’s Deception, solving clues and deciphering puzzles in search of the grand prize. With $10,000 worth of prizes at stake, John will be an independent adjudicator, ensuring that the competition is judged fairly, and guaranteeing the most skilled adventurer walks away with the gold!

For your chance to win a place on this amazing adventure go here and correctly identify the location of the posted image. Submit your answer and fully completed form by Friday, September 23.

Please note that this contest is open to Canadian residents only and the dates of travel will be from October 2nd to the 6th, 2011.