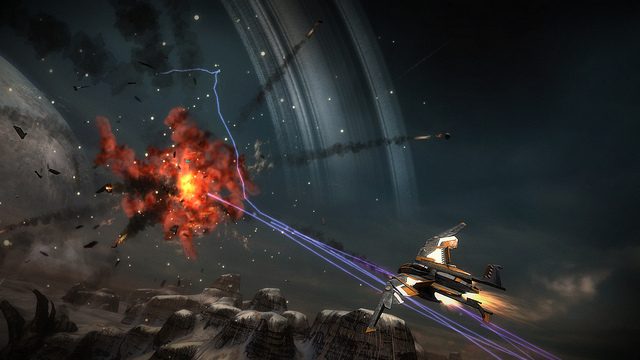 It has been a wild and crazy few months since we announced in May. E3, Comic-Con, Gamescom…and now PAX and MLG! It has really been an incredibly exciting time for us and we truly appreciate all of your support. We announced the title back on May 5th at the Alamo Drafthouse in Austin, TX, and it’s been a sweet ride ever since!

It’s easy for us to tell everyone how cool the game is, but we think it’s much more believable if it comes from the fans directly. So, I’ve included a video from some of our great fans at San Diego Comic-Con a few weeks ago right after they got to play the game. Here’s what they had to say!

Next up is PAX Prime in Seattle this weekend, August 26th – 28th. We’ll be on hand to show off our new space station level, the same environment we showed Gamescom last week….but it damn well deserves an encore. You’ll be able to play with the jet packs and prox mines all in the friendly confines of space so come by the show floor and check us out! I’ll be there running the observer cam and will also be giving out some Starhawk t-shirts and Starhawk bags! Best of all you can get your hands on some great multiplayer action and blow some ++bleep++ up! Here’s a little taste of what the space environment looks like. Come to PAX and try it yourself!

Also this week, Starhawk will be playable at the Major League Gaming Pro Circuit in Raleigh, NC. Swing by the PlayStation Compound at the Raleigh Convention Center (500 South Salisbury Street, Raleigh, NC 26701) on Saturday, August 27th from 10:00am-10:00pm for a chance to win copies of Starhawk when it releases next year and other awesome PlayStation swag! Details can be found on the MLG website. Remember a spectator pass is required.