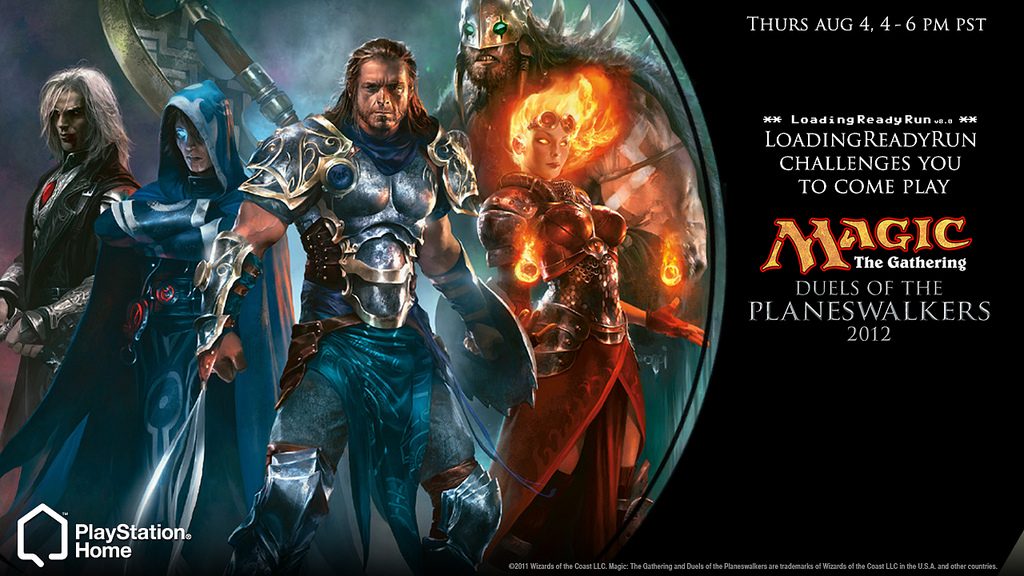 In anticipation of the upcoming Dead Island TGI (total game integration), pop into PlayStation Home this Thursday, August 4th to check out the Zombie Survivor Quiz to determine your level of cunning against the hordes, and you’ll be rewarded for it. Be sure to check out the Dead Island swag too, including some horror-inspired blood splatter wall art for your personal spaces and some rudimentary weaponry so you will be best prepared for the undead invasion coming very soon.

Lockwood Publishing is releasing a new collection of very trendy hairstyles for both women and men. Whether you’re a Sweet Lolita relaxing in the park or a foxy punk ready for the ultimate festival, the Medusa collection will offer something for everyone.

Tomorrow afternoon, some special guests are coming in to play the recently released Magic: The Gathering Duels of the Planeswalkers 2012. Popular Canadian sketch comedy group, LoadingReadyRun’s seven members will be logging in tomorrow to game launch with the Home community from 4-6pm Pacific (7-9pm Eastern). Be sure to check the Message of the Day tomorrow for details.

Konami celebrates the 30th anniversary of the beloved Frogger series with Mascot Heads, an Animated Frogger T-shirt for men and women, and even a Frogger companion!

Codeglue is releasing some slick blazers for the guys and dainty dresses for the ladies, as well as some adorable T. Rexes: Trixie, Tiffany, Theodore and Tommy Rex. Head to the Mall to and find something that strikes your fancy and adopt a new, scaly friend.

While in the Mall, check out our new selections, completing your individual look from hairdo to high-top.

Finally, the Theater has some great updates. Platinum’d’s ninth episode releases, ever nearing the finale. Who will win, collecting every single PlayStation trophy? D-Edge or BZBee continue to battle it out, right to the end.

In the Community Theater, Gamer Indepth shares their E3 thoughts, interviews, Scribble Shooter, and more. Next up, LittleBigPodcast shares more of their Mind The Gap contest finalists’ levels. Finally, PSXextreme returns with some interesting breakdowns on historical game releases and their wishes for HD re-releases of some fantastic PlayStation classic games.

What an exciting week! See you in Home!