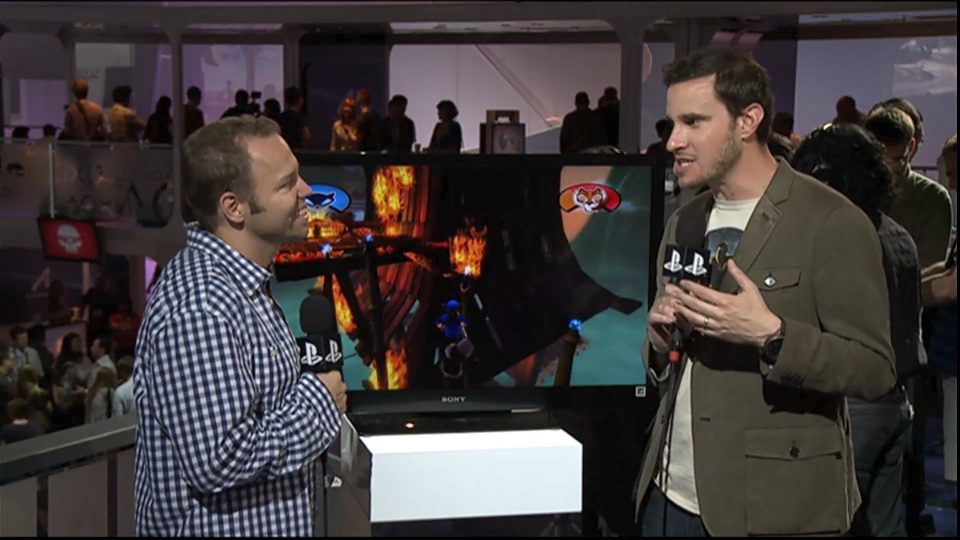 I wanted to thank everyone for the great reception we received at E3 when we announced the next installment of the Sly Cooper franchise, Sly Cooper: Thieves in Time, which will come to the PlayStation 3 in 2012.

In case you missed it last week, here’s a broadcast segment we did with the PlayStation.blog live from the SCEA booth on the E3 show floor. We knew Jeff Rubenstein was a big fan of the series and this was the first time he had a chance to see what we had been up to. He had a bunch of great questions for us, and a bunch more that we’ll be answering over the next few months!

Seven of us founded Sanzaru Games back at the beginning of 2007 and since then we have been hard at work, steadily increasing the size and quality of the games we work on. Sly Cooper: Thieves in Time will be our third game with SCEA; last year we released The Sly Collection for the PS3. It’s been great to work with the SCEA world class production team behind Ratchet & Clank, Jak and Daxter, inFAMOUS, UNCHARTED, Resistance and, of course, The Sly Cooper series!

We realized back in 2008 when we pitched the idea of working on the next Sly Cooper that it was a pretty crazy idea, but we absolutely love the series and are glad that once people saw our hard work they responded enthusiastically.

A question I was asked several times at the show was “Isn’t it a huge amount of pressure to take on such a big franchise like Sly Cooper?” I think my answer really sums up the spirit of Sanzaru: we are infinitely more excited about the fact that we are working on something as cool and fun as Sly Cooper and this excitement feeds on itself as people are constantly coming up with cool new ideas to incorporate into the game. So while I wouldn’t describe the process of making such a big game as easy we are more excited to see how it all comes together.

So thanks again for the support and stay tuned for more cool announcements about the game over the next few months!