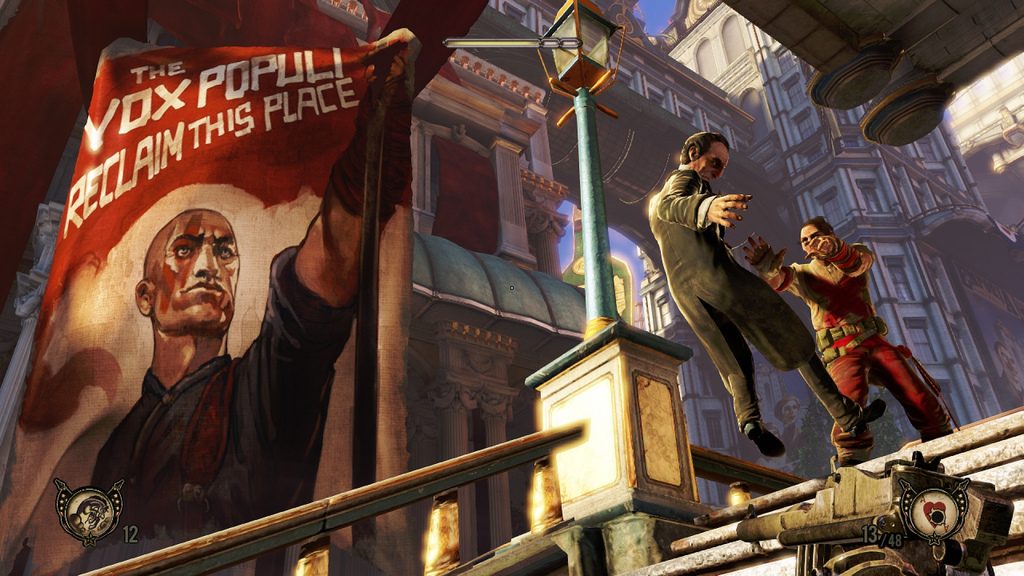 Let me dish out some home truths here. The BioShock universe hasn’t always treated the PlayStation community super well. The first game came out on PS3 over a year after launch on other platforms. To Sony fans, that probably read as, “Hey, what are we? Chopped liver?”

Irrational Games came to the press conference to say Sony fans are not chopped liver. How’s them for bold words? They’re fans who have embraced innovation. Who champion cool, weird stuff like Flower and LittleBigPlanet. Who seek out content from all over the globe.

But I’m also here to back our commitment up with action. Like Move integration. Like a new game set in the BioShock universe on PS Vita. Like a free copy of BioShock 1 with each copy of BioShock Infinite on PS3 to ensure that everyone in the PlayStation world gets a chance to see how the whole BioShock magilla began.

I know I didn’t give a ton of details today about the Move stuff and the new game on PS Vita. That’s because we’re still very much in Santa’s elves mode on them. But we wanted to make sure we got out there today and showed a new commitment to PlayStation fans.