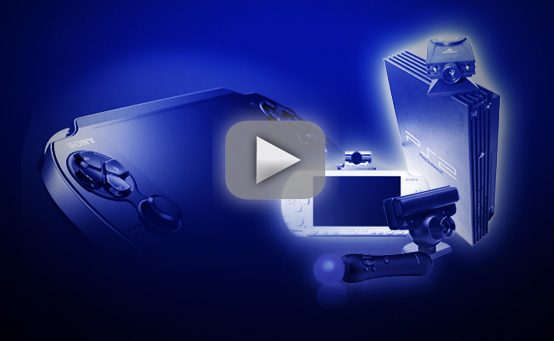 Augmented reality is a concept that’s starting to get a lot of buzz so we wanted to take a minute to break down our history with the technology and provide a sneak peak at what could be next. There’s a popular misconception that augmented reality is just “kid’s stuff,” but with more than eight years of experience under our belt, we’ve found there’s a wide variety of compelling and cool AR experiences that everyone can enjoy. We spoke to some of our resident experts from Sony Computer Entertainment R&D and Product Development to get their take on augmented reality through our platforms.

Back in 2003, when smartphones, tablet PCs, and even decent webcams were far from mainstream, we launched EyeToy on PlayStation 2, which included our first foray into augmented reality. Back then it was the only way to see yourself on-screen interacting with virtual objects in real-time. We then brought that unique experience to a portable level on PSP. With games such as Invizimals or EyePet , mobility was a key element as the PSP camera turned the entire world around you into a game.

PlayStation 3 gave us a significant leap in image processing and, coupled with PlayStation Eye, enabled AR games such as The Eye of Judgment.

Last year’s launch of PlayStation Move on PS3 brought titles like EyePet and Start the Party, which added ultra-precise movement recognition to the augmented reality experience, enabling you to interact with virtual objects on-screen using the PS Move motion controller.