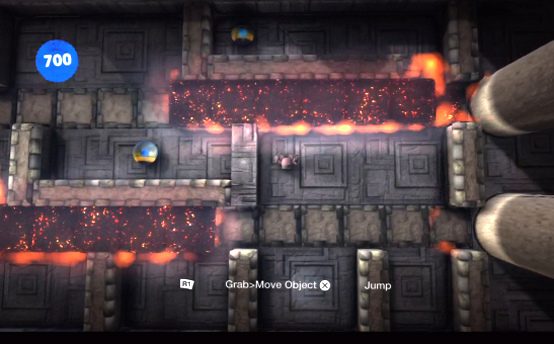 During the past several weeks, Sony make.believe presented ”The “LittleBig Creation,” giving the community a chance to vote on every aspect of a new, custom-created make.believe level for LittleBigPlanet 2.

The polls have closed and your voices have been heard! You can find The make.believe Adventure here.

We asked you which genre and environment you wanted to see, and you chose an action-adventure level set in the jungle. The storyline, also chosen by you, involves Sackboy’s quest to find the mysterious “dot” that will help unleash the world’s creativity. It won’t be easy, as he’ll need to navigate treacherous terrain, solve puzzles, and avoid deadly enemies including some particularly nasty tigers (thanks to your votes!). Everything from the music used in the level to the name (the make.believe Adventure) was the result of community polling.

You can still visit the Facebook.com/Sony page and click on “make games” to view the poll results and watch videos of the level creation in progress. Those of you who visited the site during the program and submitted your votes were automatically entered into a drawing for prizes such as a PlayStation 3, PlayStation Move, a PSP and a grand prize trip to this year’s E3 Expo in Los Angeles. The winners will be announced shortly!

Even if you voted for the shooter genre instead of action-adventure, an urban environment instead of the jungle, or snakes instead of tigers, we think you’ll enjoy the end result. Look for “The make.believe Adventure” from “LittleBigPartner” online in LittleBigPlanet 2 and see just how Sony make.believe helped turn your ideas into reality.