Introducing Sundered, a hand-drawn epic from the makers of Jotun 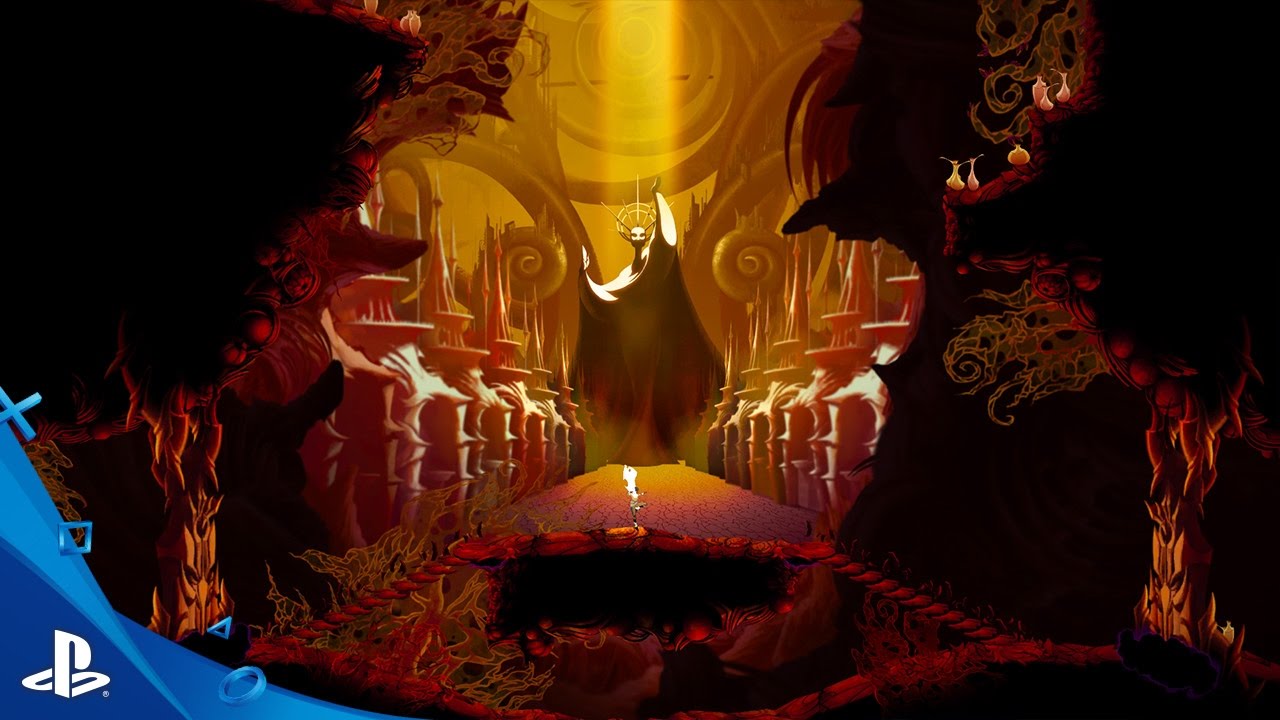 I love games. For as long as I remember, I’ve played. I’ve played with my brothers, my parents, my friends, and classmates. I’ve played outside, inside, with a ball, with a stick, on a team, alone, in summer and in winter. I love games.

In 2008, I was lucky enough to be accepted into Concordia University’s Bachelor of Computer Science and Computer Arts Double Major. I made my first board game with some great people. I learned that creating something is hard. I learned that taking critique is much harder than giving it. I learned the value of teamwork. I felt the amazing satisfaction of going from idea to execution.

After school, I was lucky enough to quickly find a job in my field. I started as a mobile game designer at a Montreal start-up founded by AAA veterans called Sava Transmedia. I learned design, production, and business. Being at a mobile studio meant making smaller games which, in turn, meant that I was able to go through three production cycles very quickly, very early in my career. Most of all though, I met some incredible people. People from Ubisoft, EA, and Warner Brothers. People who had worked on and created Assassin’s Creed, NHL and Batman. Best of all, I met a tonne of younger game developers, several of which ended up joining Thunder Lotus further down the line.

I eventually left Sava, but kept in touch with most of the people I had had the privilege to meet. I had a plan: put an indie game on Kickstarter. It was all or nothing. If the Kickstarter failed, I would have to find another job. Luckily, with the generous help of many friends, we put together a great campaign with very few resources and you believed in us. Gamers gave us a chance. You trusted us to make Jotun.

We worked like crazy for over a year and launched Jotun in September 2015, then on PS4 earlier this month. I can humbly say that thanks to our amazing backers, we made a great game. Jotun was a critical and commercial success. Not a crazy hit or anything, but enough to keep us going as studio, which is more than you can ask from your first project. We learned so much during the process and applied it to our next project. Which brings me to the point of this post.

Sundered is a horrifying fight for survival and sanity. You play Eshe, a wanderer in a ruined world, trapped in ever-changing caverns teeming with eldritch horrors. Harness the power of corrupted relics to defeat gigantic bosses at the cost of your humanity.

Sundered is a game that builds on the strengths of Jotun: hand-drawn art, epic boss battles, and great immersion. However, we know Jotun was far from perfect. With Sundered, we’ve added more complex mechanics, tons of replayability, and meaningful choices. We’ve gone into a darker universe heavily inspired by Lovecraft’s writings.

In terms of gameplay, Sundered can mostly be described as a replayable Metroidvania, close to Rogue Legacy and Super Metroid. You explore an ever-changing dungeon, fight hordes of eldritch horrors, and chose between humanity or madness.

We can’t wait show you more Sundered in the coming months. Thank you for joining us in our journey to make AAA quality games with an indie heart. We hope you’ll be around in 2017 when Sundered releases on PS4.

If you have any questions, feel free to post in the comments below.

-Will and the Thunder Lotus Team