Everything you need to know about Watch Dogs 2, out this November on PS4 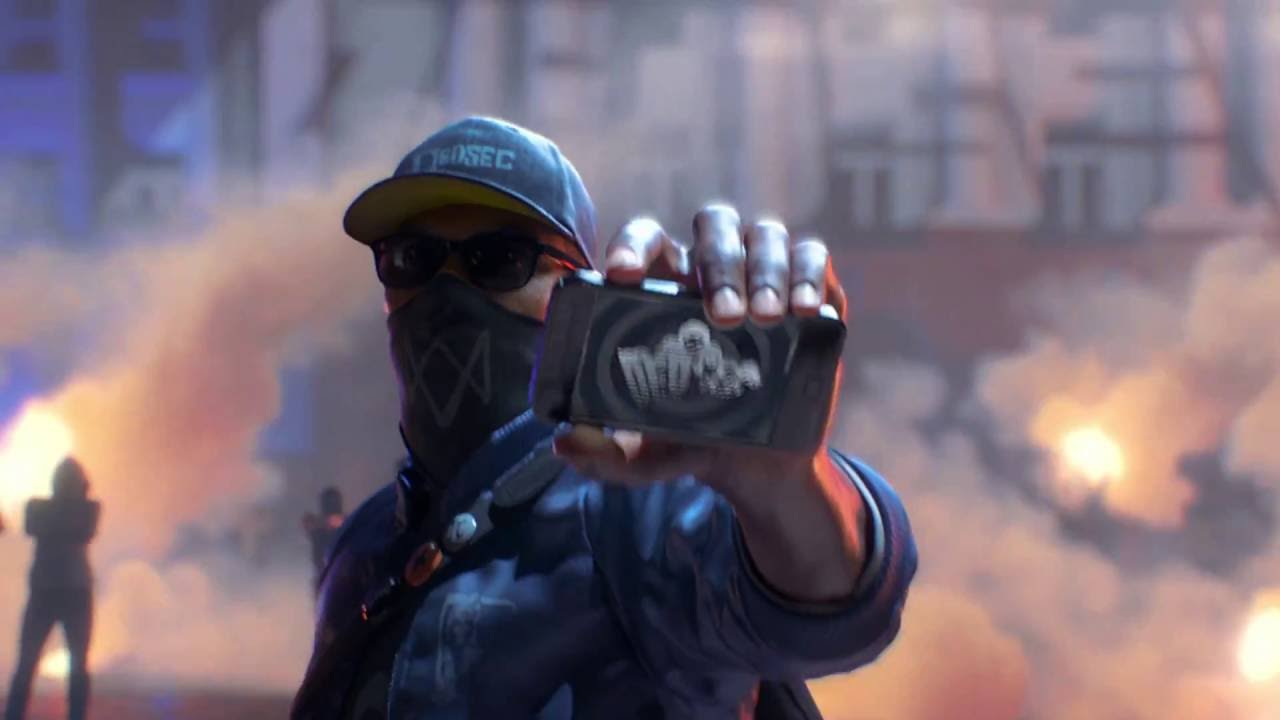 Today we’re excited to finally announce that Watch Dogs 2, the second installment of a series inspired by the hyper-connected reality of our daily lives, will be coming to PlayStation 4 on 15th November.

Here are a few things we want you to know about the game while you get ready to fight the establishment:

After Aiden Pearce was able to momentarily shut down the entire ctOS system, Blume quadrupled their work on it and released ctOS 2.0 from the heart of Silicon Valley. With billions of connected devices, it has truly become the “Internet of Things.”

But now, it’s not just the government and criminal forces monitoring you. Corporations are building full digital profiles of citizens that can be tracked, traded, sold and stolen without you having any idea.

With so much control over the population, hackers, whistleblowers and activists are raising the flag and drawing the battle lines. It’s time to take the power back.

You’ll play as Marcus Holloway, a brilliant young hacker who’s been wrongly accused by ctOS 2.0 of a crime he didn’t commit. He’s a charming, funny guy but also a passionate idealist who wants to give back control to the people.

He’ll join the San Francisco cell of DedSec, and only with the combined power of his new hacker family and community will he be able to take on a corrupt establishment and achieve his goals.

3. Every activity counts toward your progression

We wanted every interaction or event in the game to feel meaningful, and everything you do in Watch Dogs 2 will help you reach your final goal.

Speaking of which, there are no more towers to unlock. The entire San Francisco Bay Area will be open from the start for you to explore and discover the stories and secrets that lie within. From the lush lawns of Silicon Valley, to the cultured streets of San Francisco and the gorgeous views of Marin County, each neighborhood has its own vibe and feel.

We’ve packed the game with a lot of content and there will always be something for you to do or see in this massive world.

4. Hacking is expanded, opening up many new possibilities

Every character, vehicle, electronics and other object you’ll come across can be hacked. Everything is a target that can be hacked in multiple ways. Hacking traffic signals not enough? Take control of a vehicle’s steering wheel or overload the engine.

We want to empower you with even greater control and possibilities with hacking, and we’re really excited to see how players creatively use these tools (when the game is out, don’t forget to share your highlights on the /r/watch_dogs subreddit or our official Tumblr account). You’ll even have an RC car and drone at your disposal to open up the world and create new hacking opportunities.

5. We took a lot of fan feedback into consideration for Watch Dogs 2

We’re very proud of what we accomplished with the first game, but we also realised we needed to push the experience forward. We scoured the forums, read every tweet and every comment. With the sequel you’ll find a dynamic new protagonist, a denser new setting, deeper hacking possibilities, rewarding world activities, and more accessible vehicle handling (just to name a few things).

The team took special care to make sure the biggest points of feedback were addressed in Watch Dogs 2, and we hope you enjoy what we’ve cooked up for you.

Thank you for reading. We’ve got a lot more to share before the game releases on 15th November, and we hope to see you around. You can find the latest updates on the @watchdogsgame Twitter account.