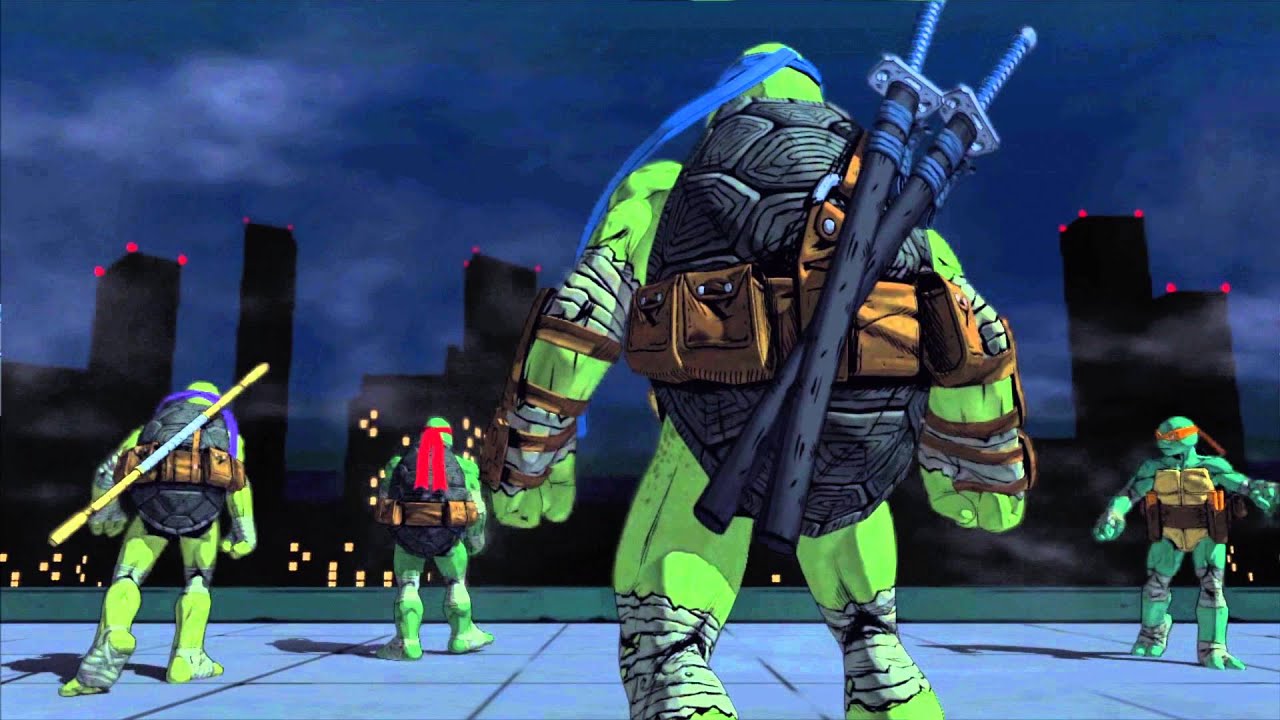 I get to be Donatello. At some point, every hardcore TMNT fan picks a favourite. It’s not a selection that we take lightly, and maybe that’s because we know that our Turtle will become something of a lifelong friend. So, we carefully weigh each character’s pros and cons and make our choice based on the Turtle that resonates with our own personality. It might not be a conscious decision, but very few TMNT fans waver after making their initial selection.

Myself? I’m usually more of a ‘Mikey’ kind of guy, but Donnie has the coolest moves. So, if you and I ever play the co-op mode in Teenage Mutant Ninja Turtles: Mutants in Manhattan, I get to be Donnie. I called him first.

Before we play, though, you’ll need to select a Turtle. Leonardo’s katanas make him the most well rounded character, thanks to his medium-ranged reach and moderate attack speed. Raphael, on the other hand, is a little bit slower, but he’s a powerhouse. And even though Mikey’s nunchucks limit his strike zone, his attacks are the speediest of the bunch. And Donatello? His staff gives him the longest reach; so I’ll handle the ranged attacks.

If you’ve ever played a title from PlatinumGames, you’ll feel right at home with this one. The combat is fast-paced, silky smooth and customisable. Each Turtle’s distinctive fighting style compliments the others’ during an online co-op campaign, but you’ll need to select your teammates carefully. Co-op games require constant communication and collaboration, so you probably shouldn’t partner up with that friend who doesn’t reply to text messages for weeks at a time.

Fans of the comic book series will definitely be familiar with the game’s art. PlatinumGames’ took a lot of inspiration from TMNT artist Mateus Santolouco, combining his distinctive style with their signature visuals, animations and combat.

Also, did I mention Bebop and Rocksteady? Shredder’s long-time accomplices are making their way back to the video game realm, along with a slew of other iconic enemies. And, for the record, the boss fights are crazy. Every boss has a collection of specialised manoeuvres and weapons, forcing players to devise a unique plan of attack and adjusting that plan when everything goes wrong.

Teenage Mutant Ninja Turtles: Mutants in Manhattan is the game that the fanatics have been salivating for. And I can say that with confidence, because I haven’t stopped drooling since starting the project. We’re anticipating a Summer 2016 release on PlayStation 4 and PlayStation 3. In the meantime, don’t forget to follow us on Twitter and Facebook.

Which Turtle will you choose?