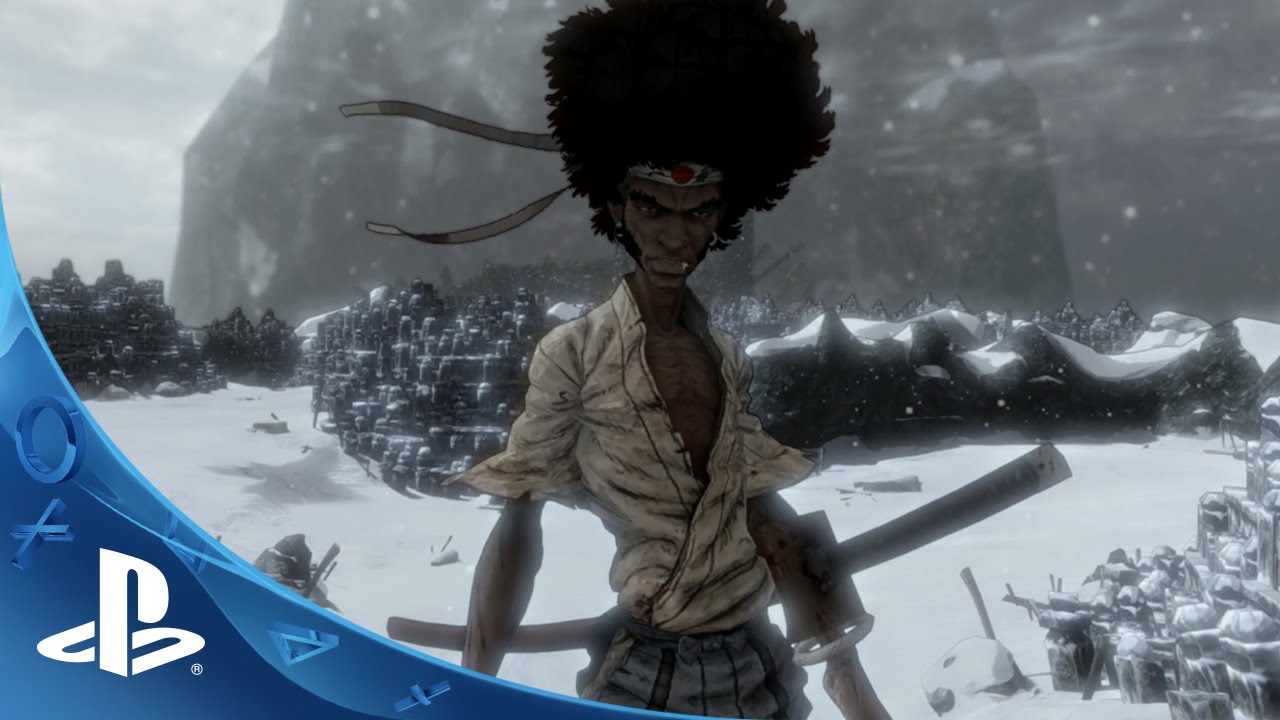 The first in a three-part series arrives on 22nd September

Afro Samurai 2: Revenge of Kuma Volume 1 storms onto PS4 on 22nd September before any other console! And only PlayStation gamers will be able to get a special discounted Trilogy bundle containing all 3 volumes of the game for 20% off the regular retail price, and PlayStation Plus members will get the bundle for 30% off. Purchasers of the bundle will get the first game of the series, Volume 1, on 22nd September. Volumes 2 and 3 launch at a later date.

But this means nothing to you unless you know what Afro Samurai is. To set the stage, it’s one of this century’s coolest manga/hip hop universe incarnations that has a rabid fan base who is passionate about the characters and story. If you like manga, anime, and hip hop, you’ll love this.

Afro Samurai was originally a Japanese manga created by revered artist Takashi Okazaki. The story centred around this cool looking character called Afro Samurai. As a young child he witnesses his father being brutally murdered, all for the sake of the #1 headband (believed to give the wearer super powers). As he grows up, he is driven by an insatiable desire to avenge his father’s death, a desire that ends up getting a lot of innocent people — people that he would call his family — killed in the process.

It’s a dramatic, tragic story, full of action and a lot of brutal combat. Needless to say, the opportunity was ripe for the picking, and after being picked up by GONZO, the original story was turned into a cult animated TV series, and also a video game.

Fast forward several years and fans have almost been starved of any new piece of content that they could consume. Until now. Indie dev studio Redacted got the rights to breathe new life into Afro Samurai, and they’ve breathed a whole lot of action packed slicing and dicing into it as well!

Afro Samurai 2: Revenge of Kuma is the action-packed sequel to the original story and picks up where the first game left off. However, this time the story follows the path of Kuma, a cybernetically enhanced killing machine with a bear’s head who was actually once Afro’s closest childhood friend called Jino.

Kuma regains consciousness after being defeated by Afro (that was the ending of the first game) and has to regain his strength, humanity, and sanity in order to go after Afro to avenge the deaths of all those he loved, especially that of his adopted little sister Otsuru who was one of the children murdered at the Sword School massacre.

It’s a third-person combat game on steroids, with a bit of Tomb Raider-type exploration in it, and a whole lot of hack and slash fighting with visceral, bloody finishing moves. It’s not for the faint of heart.

One of the cool things that came up unexpectedly with this latest Afro Samurai game is being able to add in original work from Takashi Okazaki — that’s right, the creator of Afro Samurai himself. The Redacted team is using manga drawn scenes to tell some amazing stories. These scenes add the drama, emotion, and violence in a way that fits right in with the Afro vibe. They come in as small cells, pop-ups, or full screen images as you progress through the game. It’s been many years since Okazaki-san has completed some new Afro images and the fans are going to love it!

The game is being delivered in three distinct volumes, each with its own new story arch, characters, and combat styles to master, plus original soundtrack by up and coming indie hip hop artists that have been mentored by the one and only RZA of the legendary Wu-Tang Clan.

He’s been the music director on the franchise since the original animated series (and did you know he’s actually now been immortalized in Afro Samurai as a new character, Bobby Digital, who you’ll get to see in this game). Music is such an important element to the Afro Samurai brand. They tell stories, provide context and drama to some of the most critical story elements of the game. In fact you can almost say the music was being worked on before even the game development had begun.

Hundreds of hours have been put into the soundtrack. It’s a labor of love, and a love for the franchise, that these tracks were created. Taking all this in — and with the guidance and support from RZA — you are going to experience a great Afro soundtrack.

Fans of Afro are going to like listening to this soundtrack outside of the game. As a special treat though, you can listen to and see the debut music video that was just released from one of the tracks on Volume 1 by indie artist Visual Eyez here.