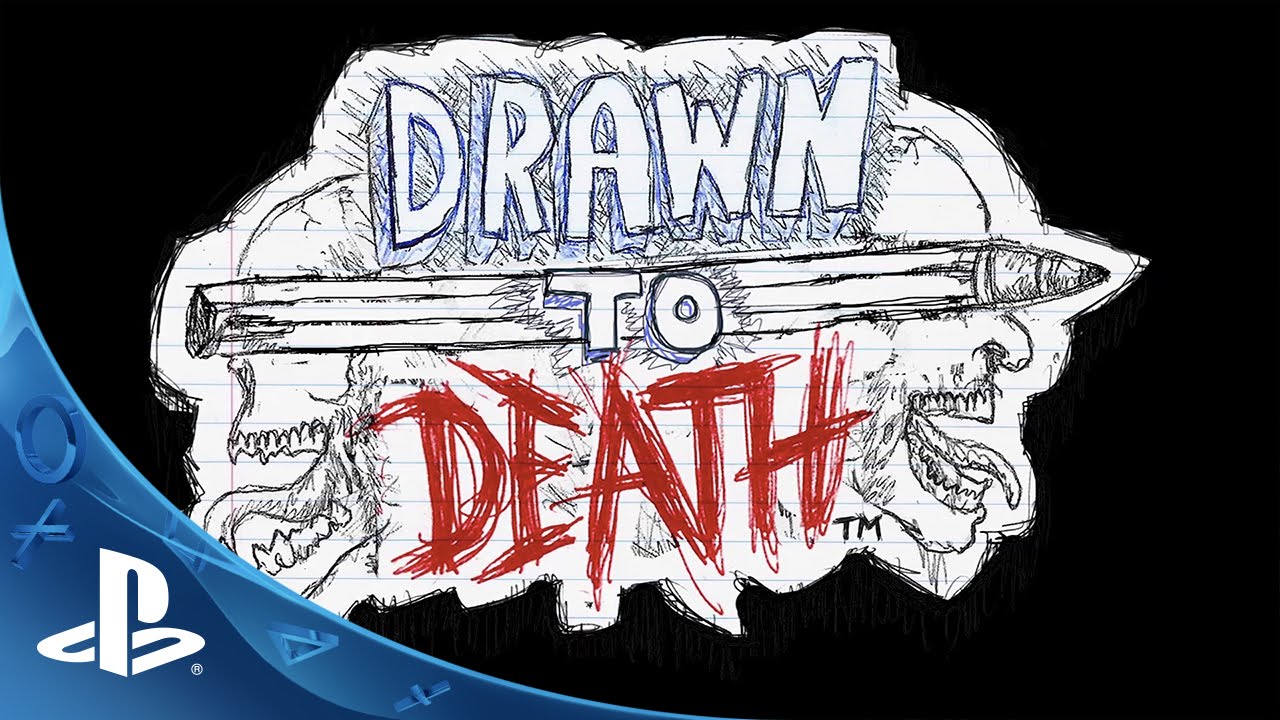 Hey y’all! David Jaffe here, game director at The Bartlet Jones Supernatural Detective Agency. Today’s a big, big day for all of us at our little game making and ghost hunting studio.

As for the ghost hunting team, Bartlet and crew have made some big discoveries in the whole Al Capone opera house haunting. Keep an eye out for an update that should be hitting your favourite ghost hunting site soon (and perhaps major news sites as well if what Bartlet thinks they’ve found ends up being authenticated!).

As for the game making part of the company, today is the day we’re finally able to reveal Drawn To Death, the game we’ve been making with the fantastic crew at Sony San Diego! And if I may, before I jump into details, I gotta say: MAN it feels great to be back with my Sony family!

I remember sitting in Scott Rhode’s office 18 months ago, pitching him the game and trying to be cool and pro and not express my excitement when it started to become clear that Scott was going to give Drawn to Death the go ahead and that PlayStation 4 would be the home of the studio’s first ever game! What a day that was! And what a day today is. We are so pumped! :)

We want Drawn To Death to play like the offspring of an old school arena shooter (with updated, modern sensibilities) and a hardcore brawler/fighting game. We want our signature launch mode – a four-player Free For All Deathmatch – to be action packed while also giving players the need and ability to master advanced environment movement, learn and exploit enemy tells, and form clever strategies that pay off in big victories!

For now though, we’re diving back into the game development process. In the meantime, please head over to drawntodeath.com to sign up for the game’s early access. If you sign up this weekend you’ll get a super rare, super limited in-game mystery item. But hurry and do it soon – after this weekend that item goes away FOREVER!!!

Okay y’all, nice chatting with you again. I’m looking forward to sharing the game and the game making process with you all! Thanks! :)