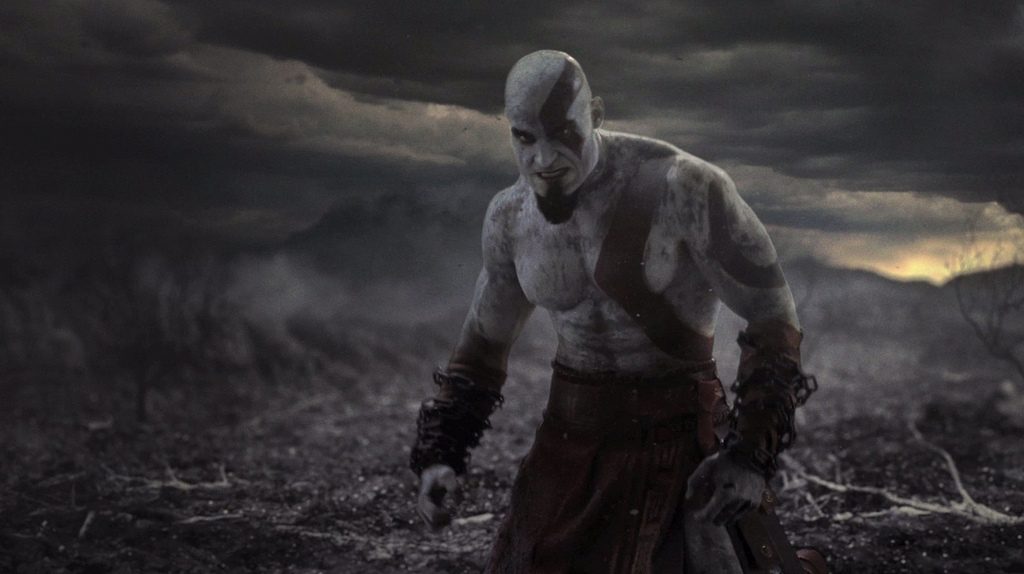 The trailer was a labour of love for all of us here, and based on the comments and feedback on YouTube and elsewhere, all of the effort was well worth it. The production was a massive undertaking, and I’m very excited to share with you a couple of behind-the-scenes videos that show a glimpse of what went into bringing the world of Kratos to life.

This first video shows how we transformed our talented – and extremely buff – actor Brandon White, into a living, breathing Kratos. A lot of work went into making sure his tattoo, armor, costume and ash make-up looked just right, adding to his amazing performance as Kratos the father, the Spartan General, and the pissed-off killing machine you know and love.

This second video shows how we took 10 guys and turned them into Kratos’ massive Spartan army in the trailer, including all of the attention to detail that went into making sure the costumes, armour and weapons were as realistic and accurate as possible.

I hope you enjoyed that inside look. We have another video looking at the making of the “From Ashes” trailer coming later this month, featuring interviews with Game Director Todd Papy among others, so watch this space.