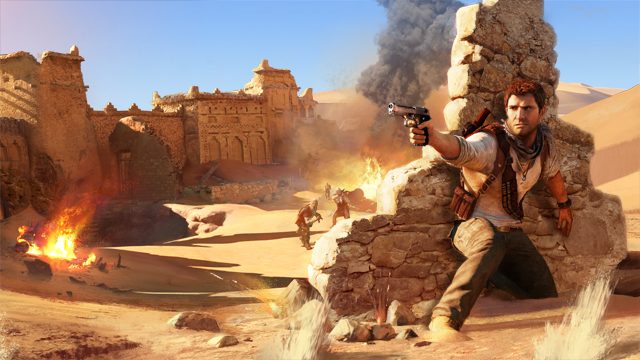 For those of you not familiar with what StarDrone Extreme is about, here’s a brief: you pilot the always-in-motion spaceship through diverse cosmic environments in order to beat each of the game’s 60 levels’ goals. Goals can range from getting to the end of the level, to destroying all enemies, to collecting certain items.

Each level starts by aiming and shooting yourself into the outer space from a cannon. Your spaceship is always in motion from this point on, and it’s your job to attach to nearby gravity beacons to navigate your flight path. While tethered to a beacon, you can swing and attempt to circle the beacon until you release and slingshot yourself further. This core mechanic allowed us to bring together elements of shoot ’em up, pinball, collecting objects and exploration in one game that has no counterpart anywhere in the world.

The game controls are very intuitive and clear – you just pin the desired beacon with your finger, then release it, and physics does the rest. And you can also switch to using rear touch panel, if you like. We have two modes for rear touch panel controls. One is similar to using the touch screen, and another one uses the whole rear touch panel as a single button. In the latter case, when you tap somewhere, the game executes a special prediction algorithm to automatically select the beacon most likely aimed by you.

For StarDrone Extreme we’ve created a bunch of brand-new exclusive levels. In addition, we’ve fine-tuned and revamped levels from the PS3 version of the game according to players’ feedback. The PlayStation Vita version has all-new UI and improved visuals. Other cool features include: adjustable skill setting, so the game is not that punishing when you make mistakes; ability to skip current level when you get stuck; and a lot of other things we’ve polished and improved.

Also, the critically acclaimed PlayStation 3 version of StarDrone is being updated to introduce Cross Play, allowing you to save and resume your current progress between the two platforms.

Finally, here are some reviews of the PlayStation 3 version:

Stardrone for PS Vita is available from today, priced at €3.99/£3.19. You can get more information on http://www.stardrone.net/.