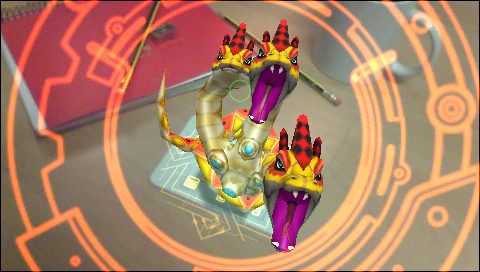 Wow! I just realized that it has been quite a while since I have posted to the PS Blog – after the busy summer tradeshow schedule we have hunkered down to really concentrate on making Sly Cooper: Thieves in Times the best game of 2012! Now with the new year approaching fast I am back to tell you more. Over the summer I spent a lot of time showing our progress on the game and talking about how we are making sure we stay true to the core of the Sly Cooper series – but now I want to start talking about the NEW things we are bringing to Sly Cooper: Thieves in Time.

When we played the old Sly Cooper games on the PS2, we loved the stories about the Cooper clan ancestors and their various thieving abilities. Something that is really exciting and fun for Sly Cooper: Thieves in Time is that you can not only travel back in time to meet these ancestors but you will also have the ability to play as the Cooper Clan ancestors! As you proceed through the game each episode you encounter features a new time period with a new playable ancestor. Each new member of the Cooper clan has their own unique and powerful abilities that open up a whole new range of game play in the huge environments. This is one of the coolest aspects of Sly Cooper: Thieves in Time – meeting these characters, learning more about them, and then getting to experience a whole new set of kick-ass game moves and skills that you have never seen before. Each time a new character in production comes on line and is added to the game, they instantly become my new favorite character of the series!

The first ancestor we want to show off is Rioichi Cooper, the master of the Ninja Spire Landing! We were introduced to him back in the original Sly Cooper and the Thievius Raccoonus and learned about his cool Ninja ability. Now, when you get to play as Rioichi, you will see how much more powerful the original master’s techniques are. For instance, by focusing his energy Rioichi can execute his Leaping Dragon Technique and span great distances between spires.

Rioichi, it turns out, is not only an uber-Ninja but is also the inventor of sushi, his famous restaurant providing the perfect cover for a night stalking ninja thief! We really wanted to explore the character of each of Sly’s ancestors (they are all very different in both ability and personality), and this leads to some very entertaining dialogue as they meet and get to know their descendant and his crew. But of course, once Sly is united with his ancestor he becomes one of the gang, hanging out in the hideout ready to venture out for some Ninja Thieving fun at a moment’s notice.

Anyway, that’s it for now, but don’t worry, I will be back soon to talk about new characters and other cool stuff in Sly Cooper: Thieves in Time as we head towards the New Year!