A young reindeer herder protect its land in Skábma – Snowfall, to PS4 & PS5 next year 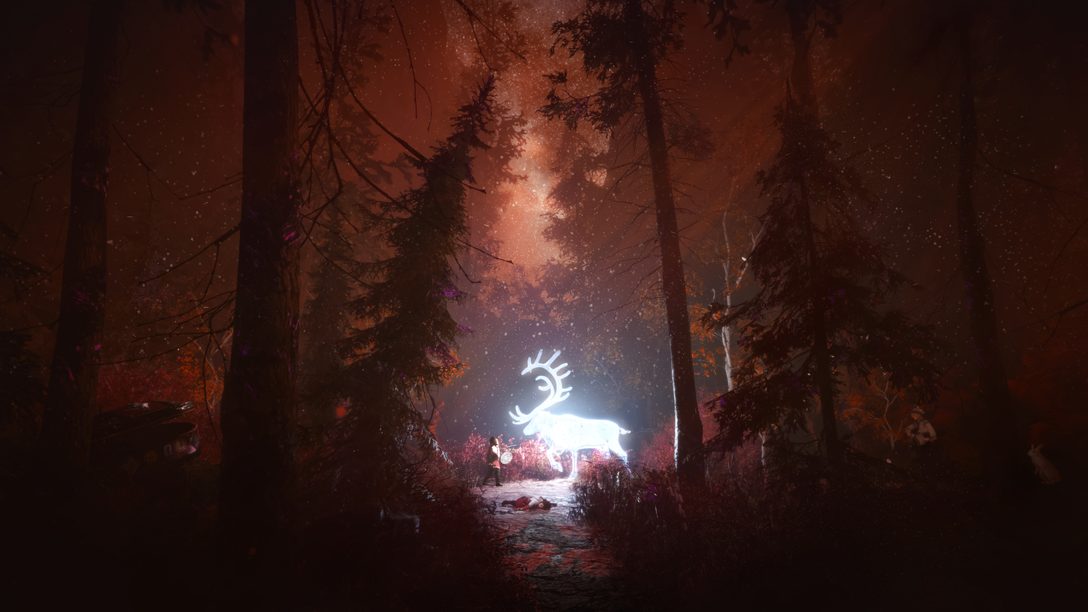 And yes, you can pet the reindeer.

As the reindeer are now out of the yard and it is public knowledge that Skábma – Snowfall will be launched on PS4 and PS5 soon, I would like to take this opportunity to explain what our game is really about.

Skábma – Snowfall is an adventure game set in an imaginary version of Sámiland and inspired by the indigenous Sámi culture. The story combines facts and fiction as it dives into the heart of the culture: presenting its old (and sometimes current) beliefs, customs and stories.

Everything in the game is about Sámi.

It just came to my knowledge that not all people in the world know about Sámi – so I’ll tell you the short version.

We are a very small indigenous group scattered around the northern parts of Scandinavia, Finland, and Russia. There are around 100 000 Sámi, divided into several different Sámi groups and languages.

All the languages are considered to be very endangered.

We are mostly known from our reindeer-herding culture but there is so much more about us I could tell you. But we’ve only got so much space in this article. I invite you to dive in deeper and learn more about Sámi culture if you’re interested.

The story of Skábma – Snowfall

Skábma tells a story of a young reindeer herder Áilu, who’s ordinary reindeer guarding duty turns into a mission to save their homeland after an odd disease starts to spread in the area. Tracking a runaway reindeer, Áilu stumbles on an old Noaidi Drum – an object of power that was supposed to be destroyed way over a century earlier.

This is the starting point of Áilu’s journey to become the first Noaidi, Sámi Seer & Healer, in a century. All Áilu has to do now is to learn how to use the drum. Easy right?

The gameplay of Skábma – Snowfall

It’s not easy to master such a powerful tool as the Noaidi Drum. Luckily the Drum helps Áilu reconnect with four Familiar Spirits that are willing to lend them their powers.

The Owl gifts Áilu the ability to dash around and turn Bleeders (infected objects and enemies) into Air Vortexes, making traversal much faster. The Bear gives the power of earth so Áilu can ground themselves to stand against strong winds, create rock platforms and break obstacles infected by the Bleed.  The Trout grants the power of healing and shielding. And finally, the agile Fox will lend the ability to jump higher and set Bleeders on fire.

Gaining new powers and exploring locations are the main mechanics of the game. There are also tons of items and secrets to be found in the game world. Collectibles will reveal a huge amount of information about Sámi culture and unlock dialogues that one doesn’t want to miss.

Players are encouraged to get lost in the woods, beause you never know what you are going to find.

I could babble all day about how amazing it is that we now have the world’s first PlayStation game that is voice acted in Northern Sámi language. That players all across the globe get to know about our unique culture. And how cool it is for players to actually dive into something fresh and new that hasn’t been yet presented in games.

So let us go back to the beginning where this blog started and answer the question: what is our game really about? It is about petting a reindeer!

Why do I think all players should pet a reindeer? Because reindeer are the most important animal to Sámi, for sure…but mainly because you can and it will make you feel warm and fuzzy inside.*

Look forward to petting an antlered friend and much more when Skábma – Snowfall launches on PS5 and PS4 next year.

Disclaimer: don’t try to pet reindeer in the real world, they have pointy antlers. Lucky for you, you can do it in our game Skábma instead.