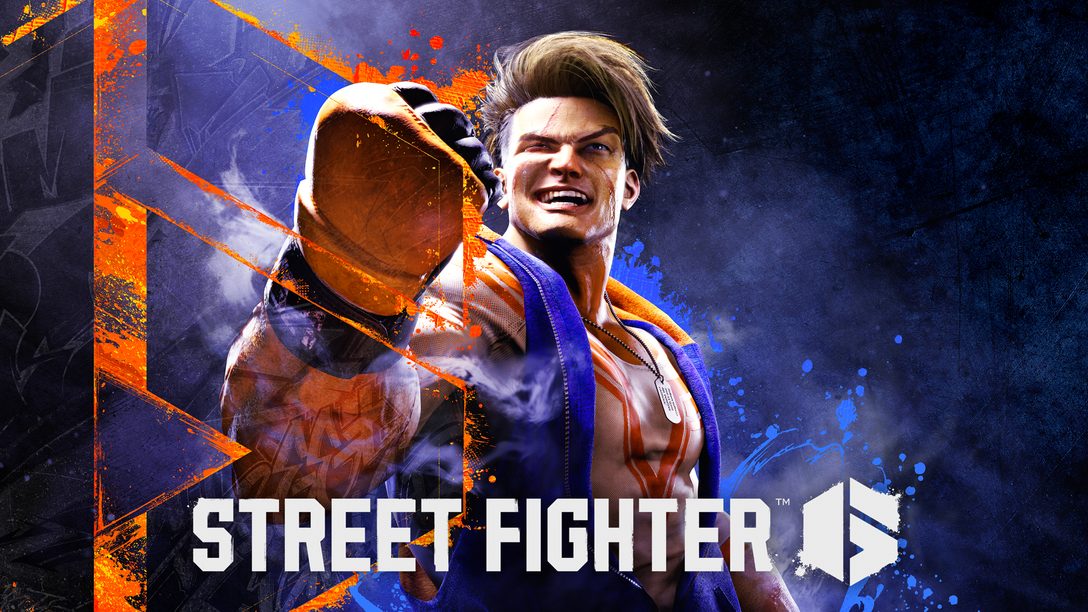 Fresh off The Game Awards 2022, Street Fighter 6 is officially launching on June 2, 2023 and is available for pre-order today! Put your tray tables up, fasten your seatbelts, and get ready to learn more about the single-player immersive mode, World Tour, along with four more characters from the diverse international roster.

We previously revealed more information on World Tour a few months ago, but we’re ready to update your itinerary with another look. As magnificent as the bustling Metro City is, your travels will take you all around the world to glimpses of specific locations such as a beach in Jamaica, an arena in Italy, and a festival in France. There may even be a Master in each of these locations who can’t wait to meet you. 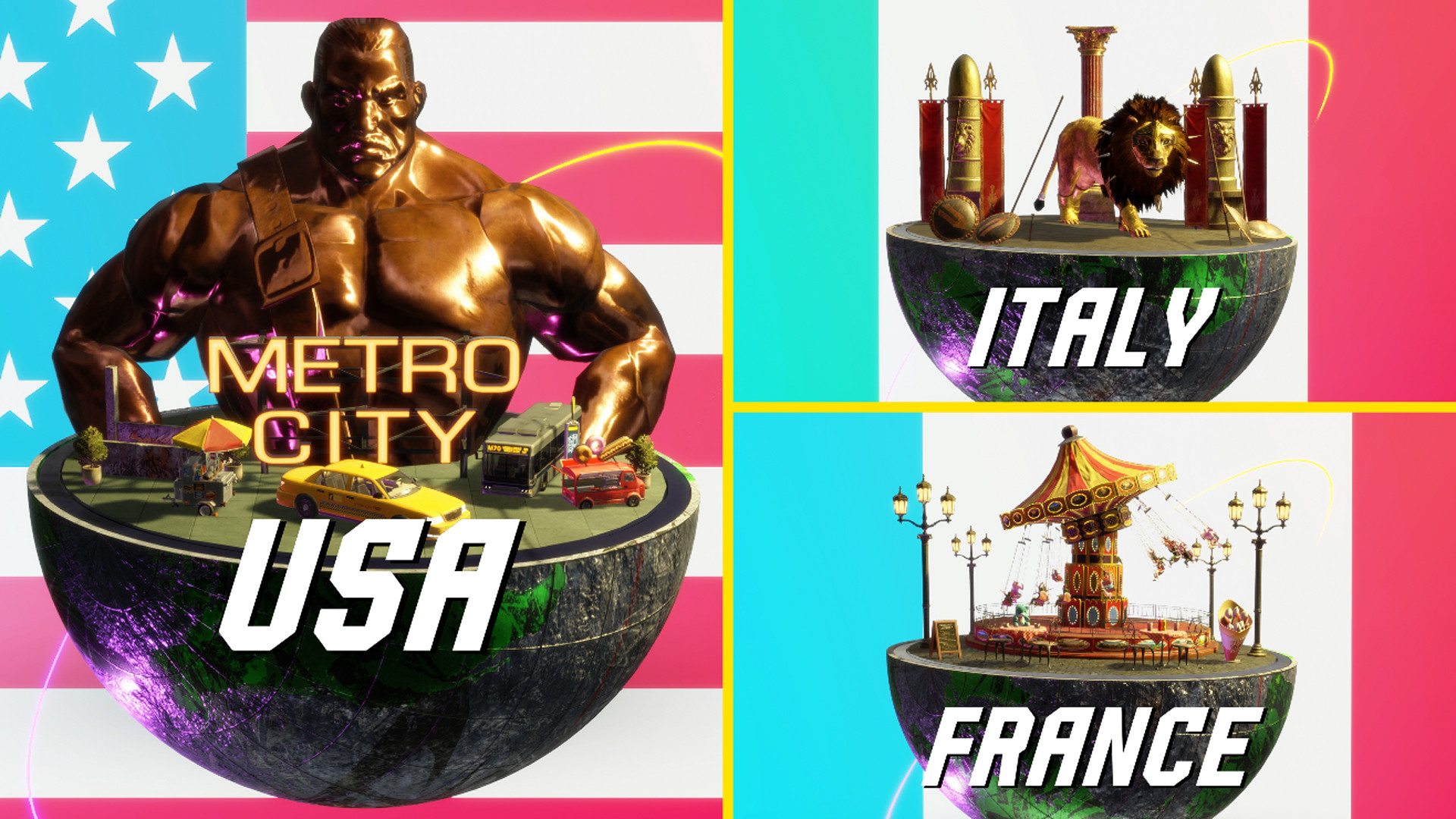 You will learn Special Moves from these Masters to incorporate into your avatar’s custom move set. You can also mix and match Special Moves from different Masters, meaning your avatar can throw out a Hadoken, a Sonic Boom, perform a Spinning Bird Kick, and a Yoga Flame, all in the same match as long as they’re using different inputs. 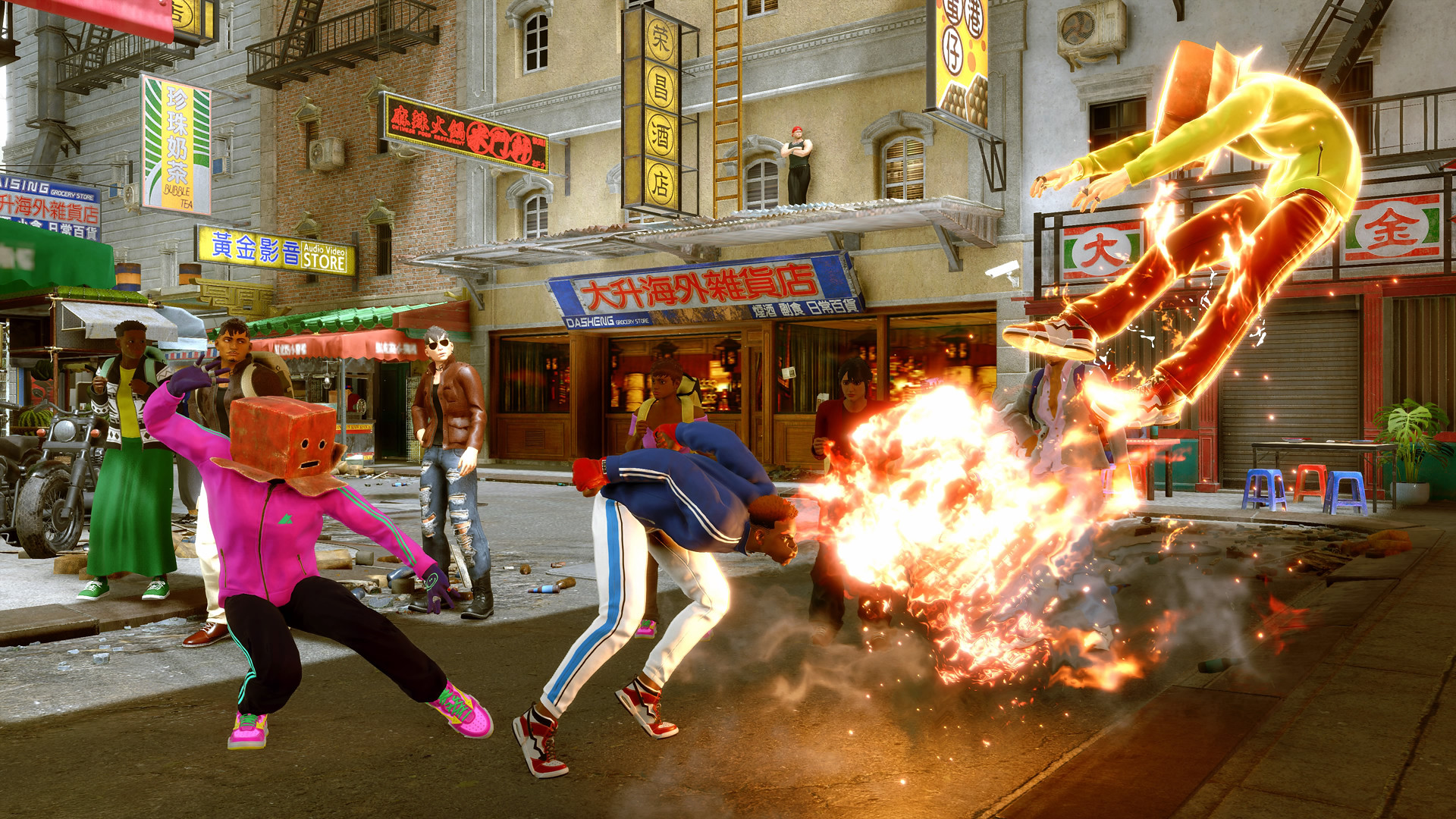 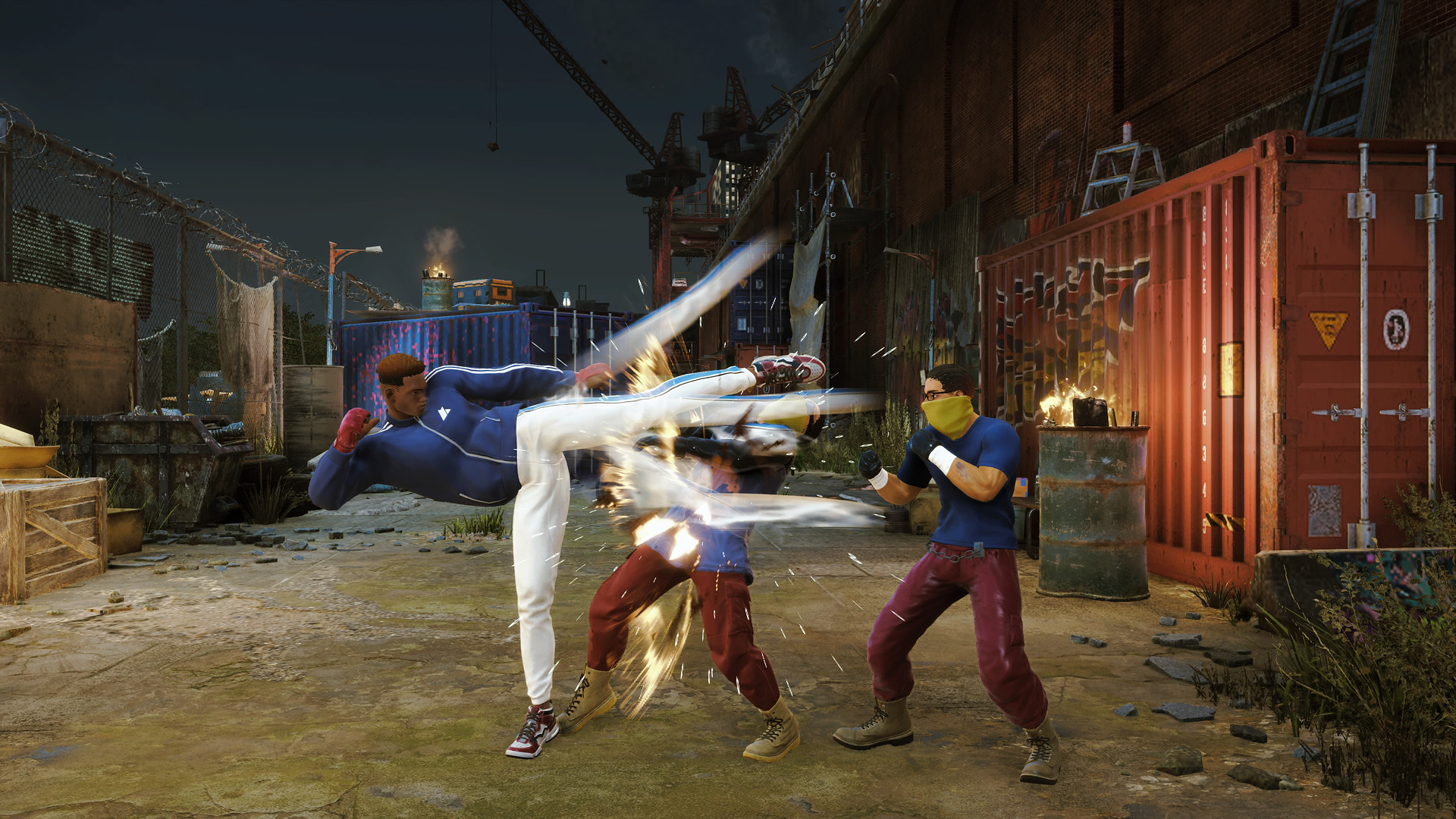 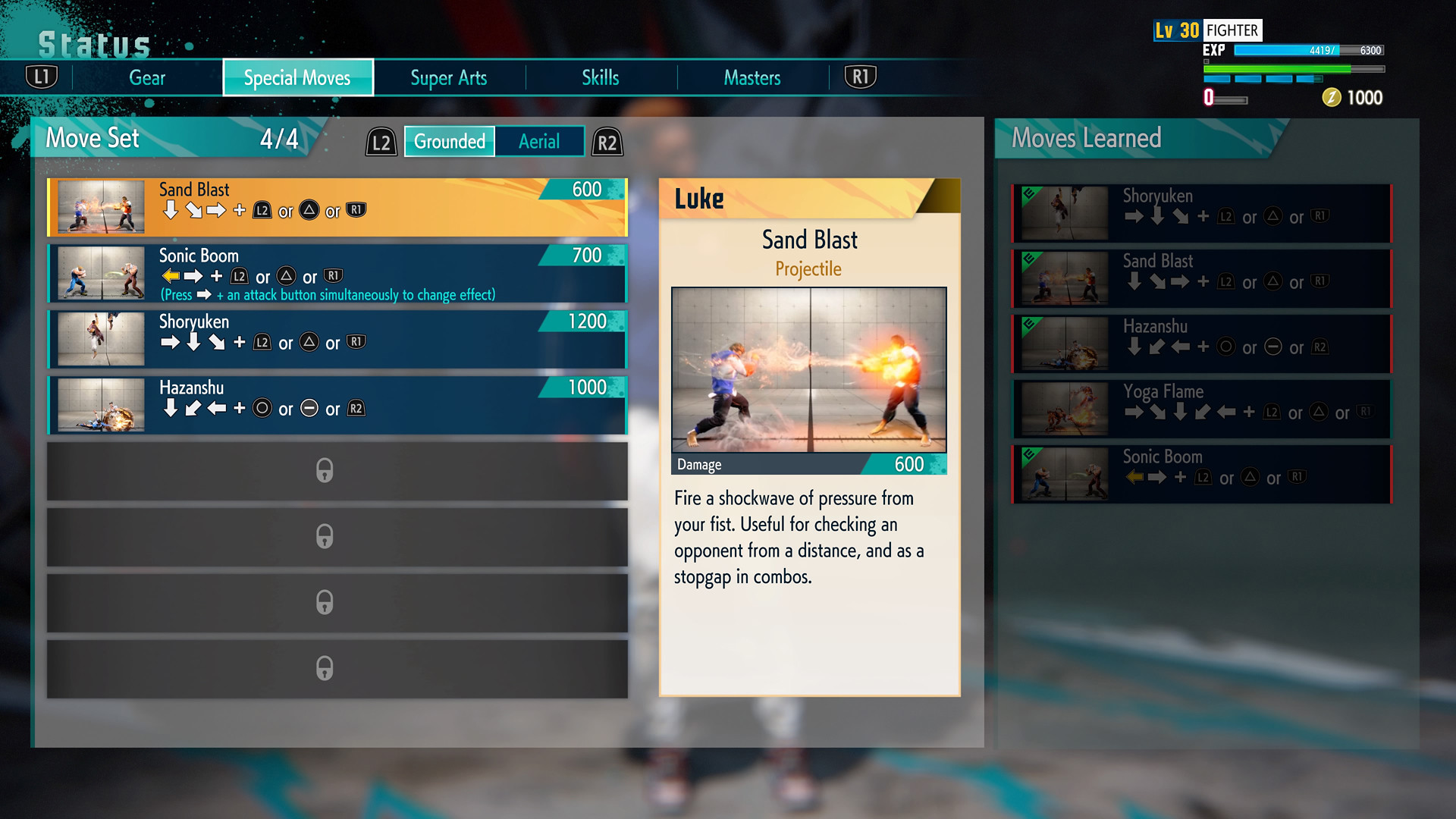 When you jump into a fight in World Tour, you may encounter more than one opponent, meaning fights may seem a tad lopsided. Careful selection of Special Moves can ensure you have a balanced move set in case you get cornered. Or… fight alongside your masters using Master Assist! 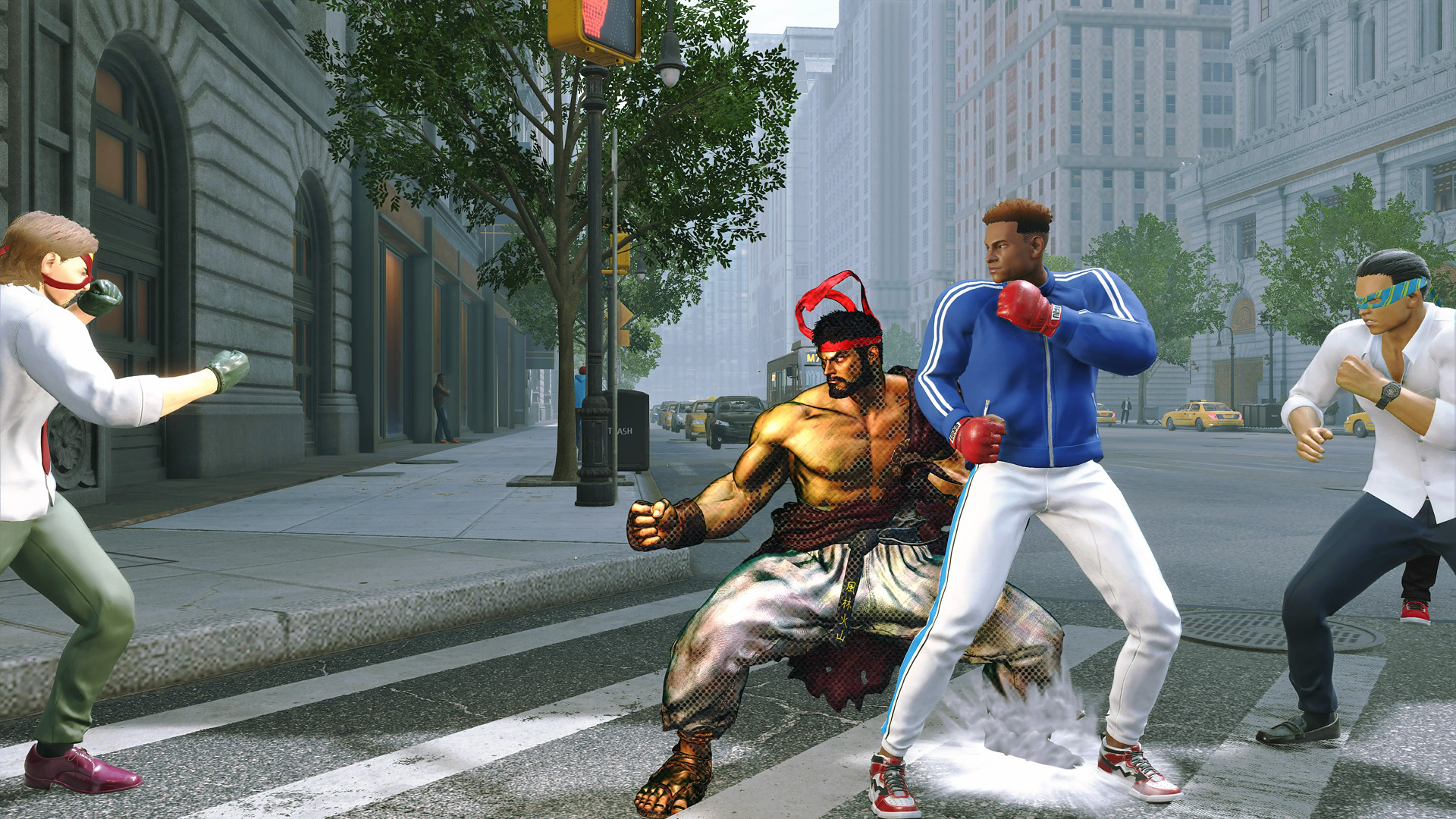 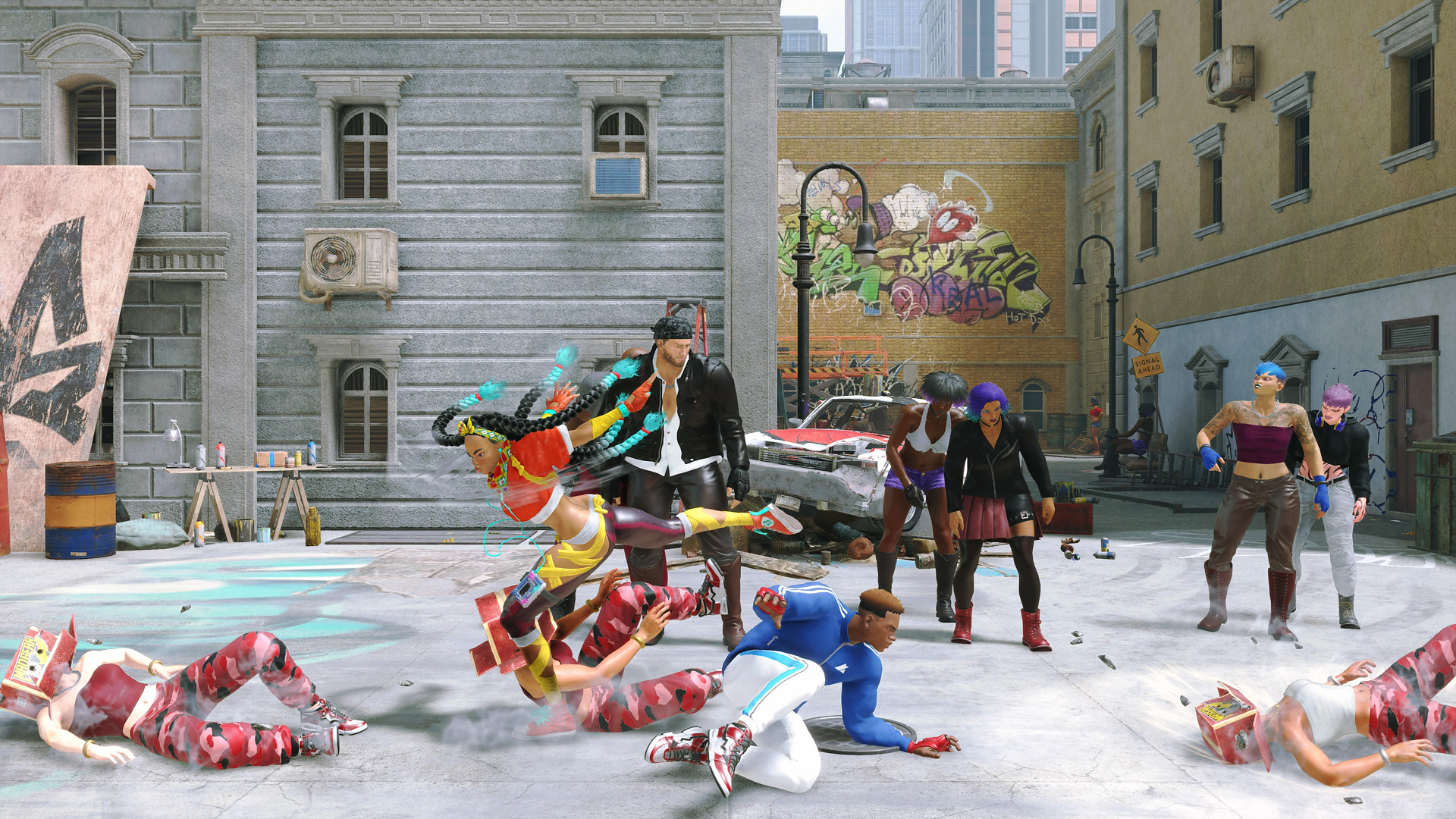 In their infinite wisdom – or chaos, depending on the character – the Masters won’t leave you alone on the streets. You can fight alongside a Master like Ryu by calling upon them in battle. They will then join the fray and help you for a period of time. Make sure to thank them after the fight. They did teach you everything you know. Deepen your bond with a Master to fight alongside you in World Tour! 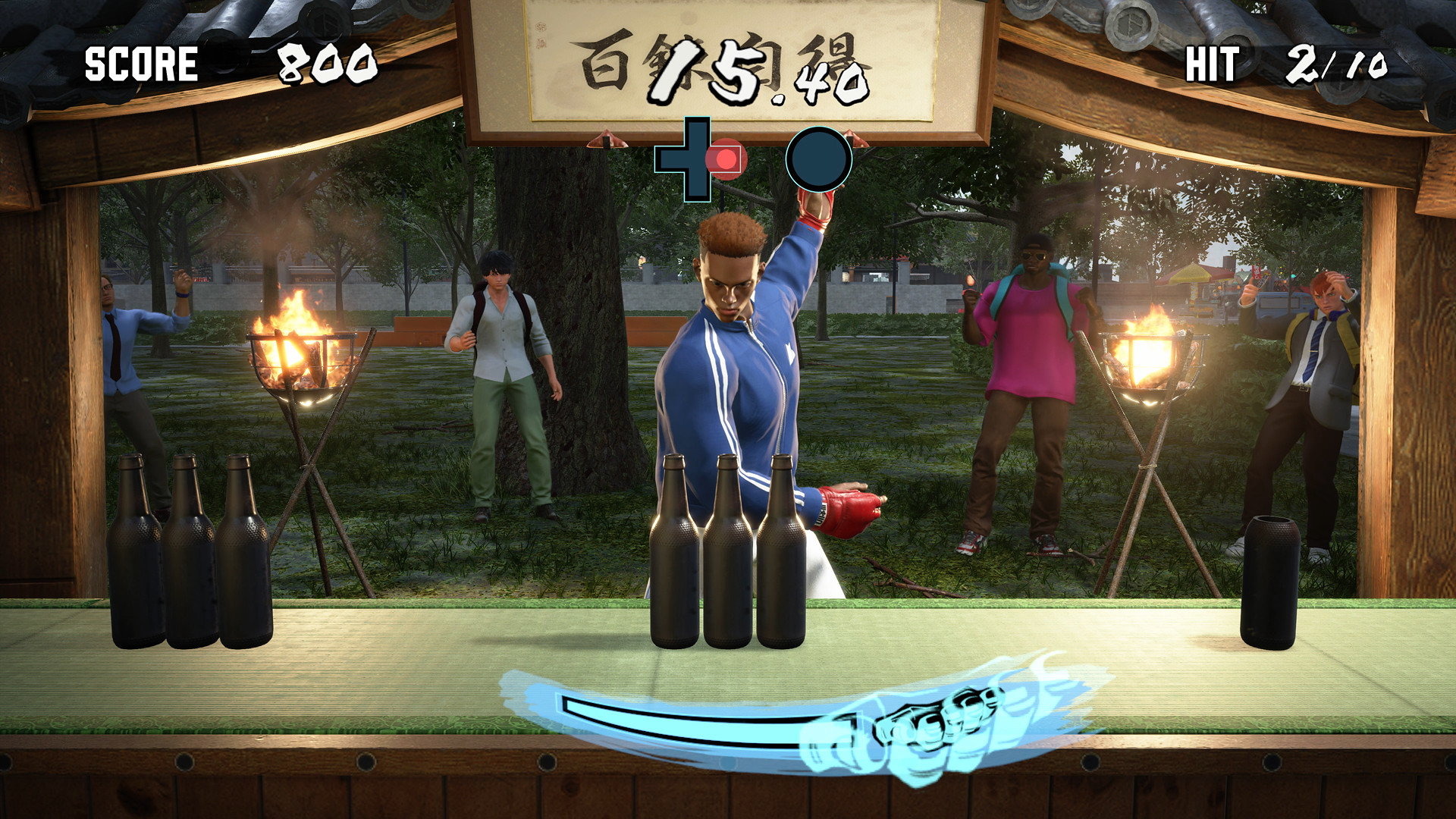 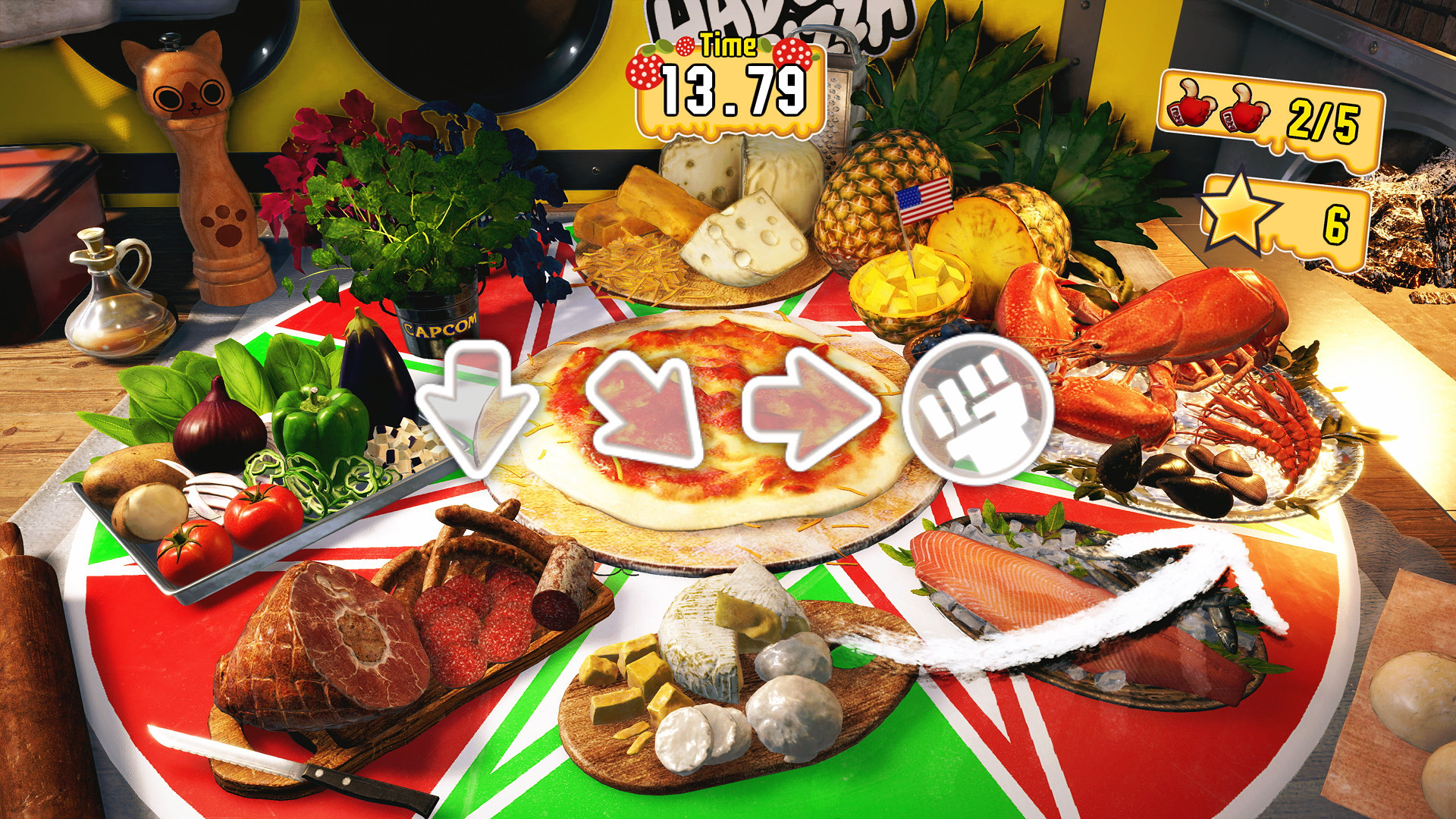 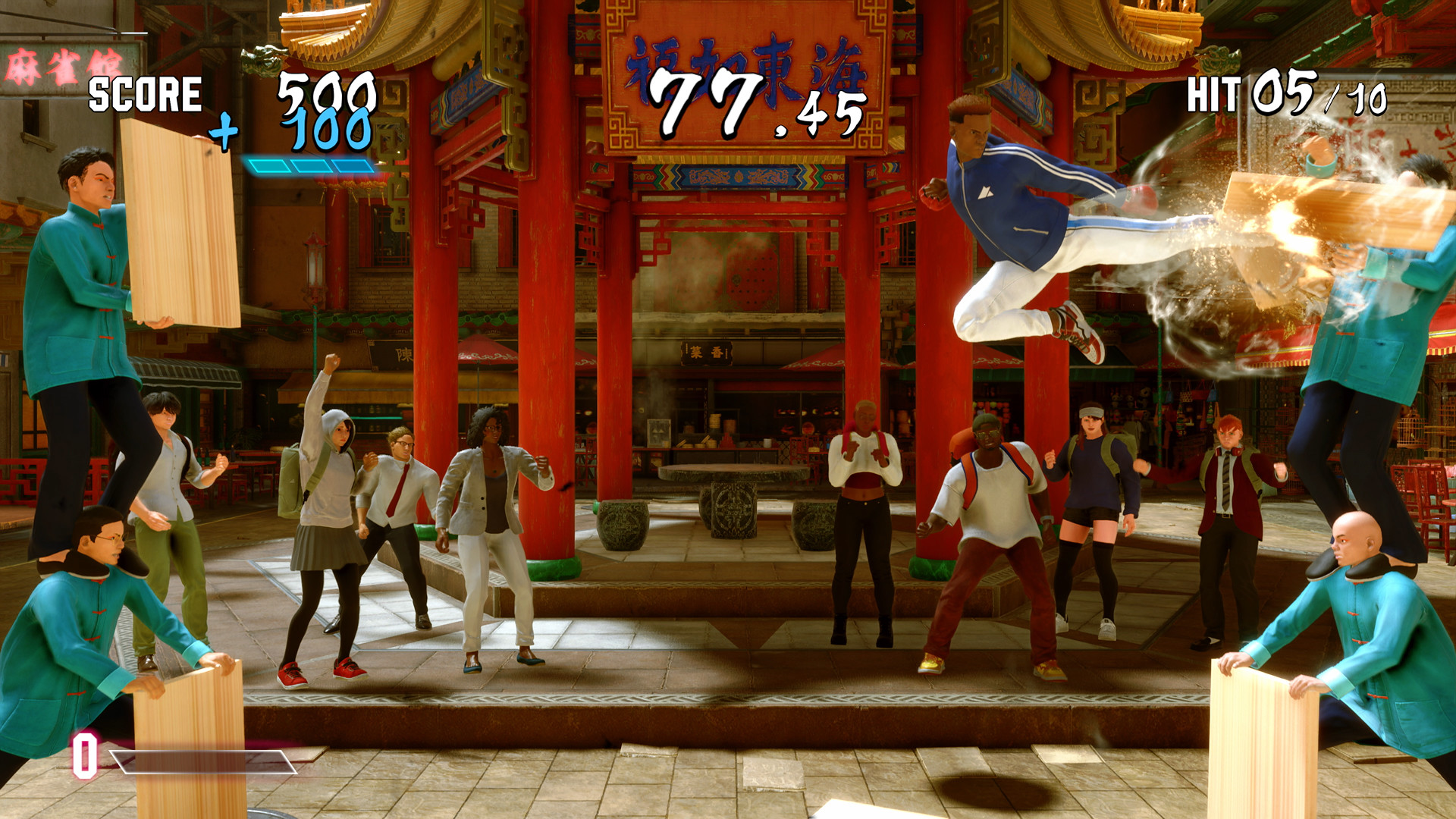 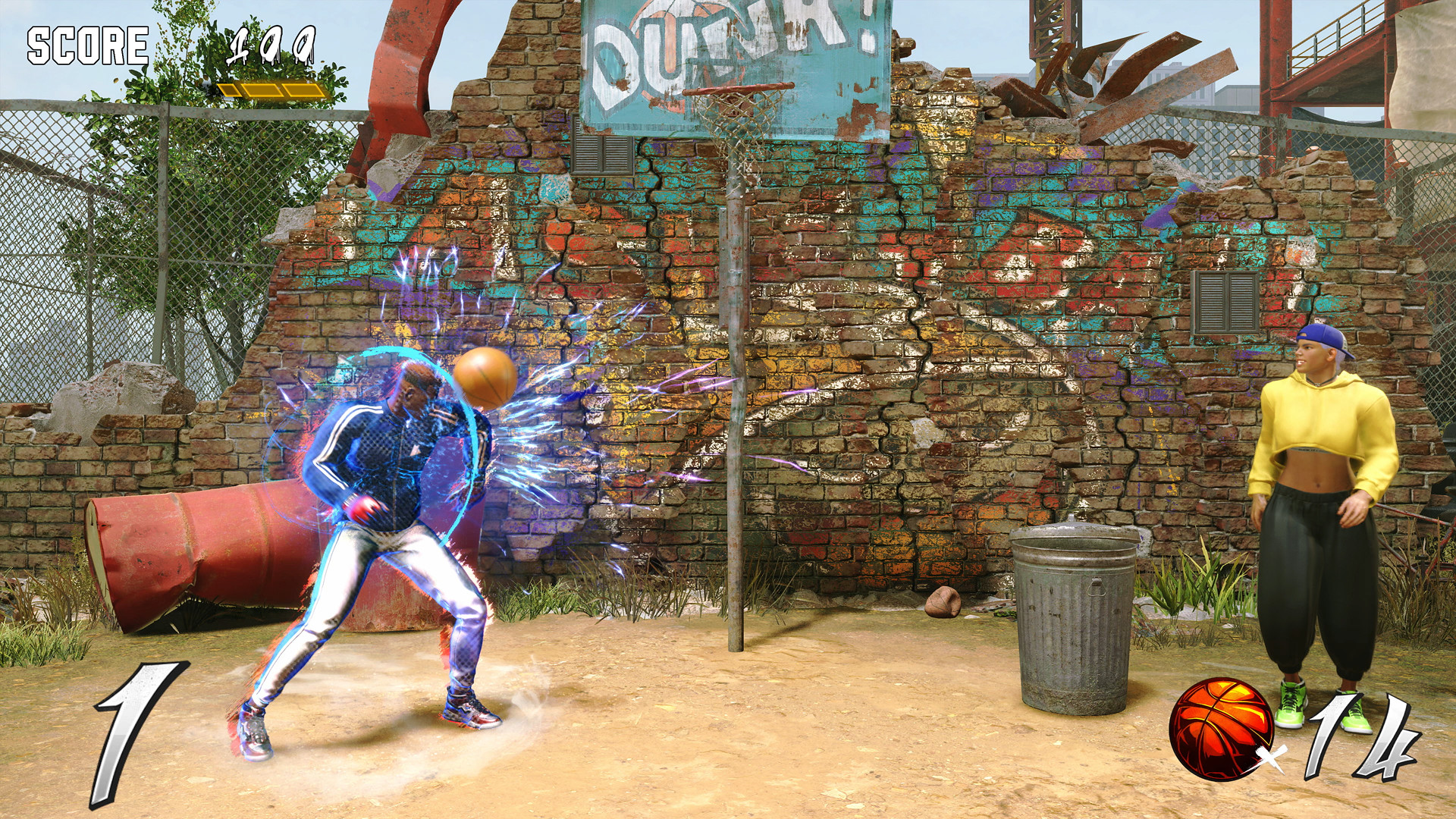 Need a break from all the fighting and “protecting” the streets? World Tour contains a host of minigames you can play in between matches in the form of part-time jobs where you can earn World Tour currency. Karate-chop bottles, enjoy Italian cuisine, parry basketballs, and more to further immerse yourselves. Purchase in-game clothing, food, and more with the currency you earn in these mini games. Since fighting is the name of the game, many of these minigames will also improve your understanding of fighting game fundamentals. 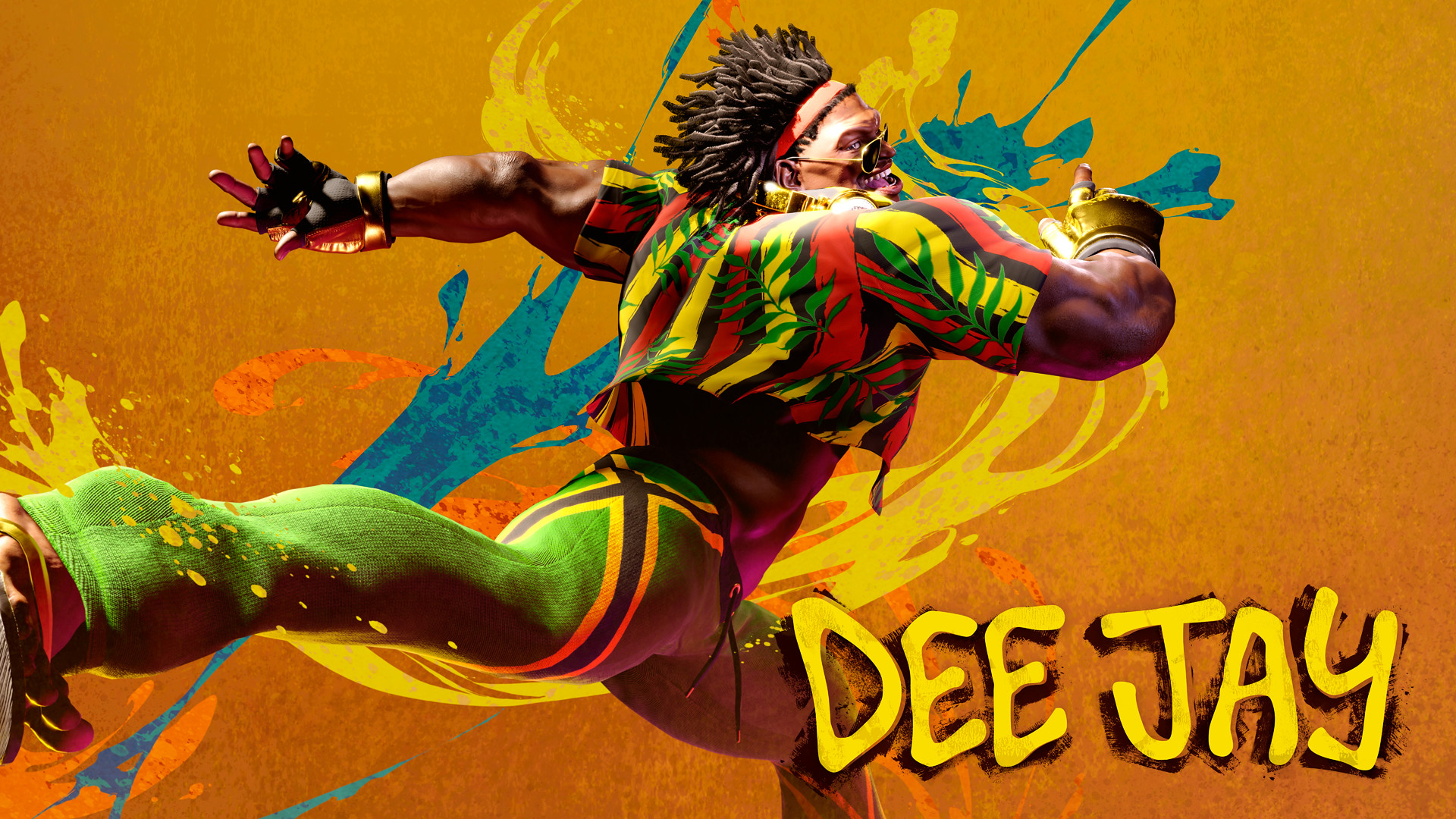 First appearing in Super Street Fighter II, Dee Jay is a globally popular dance music superstar who is always ready to have a good time. With a burning love for music and fighting, this Jamaican sensation drives audiences wild with hot new songs and stylish moves. Visit Bathers Beach, Dee Jay’s stage in Street Fighter 6, to find a beachside party full of life amidst a setting sun. 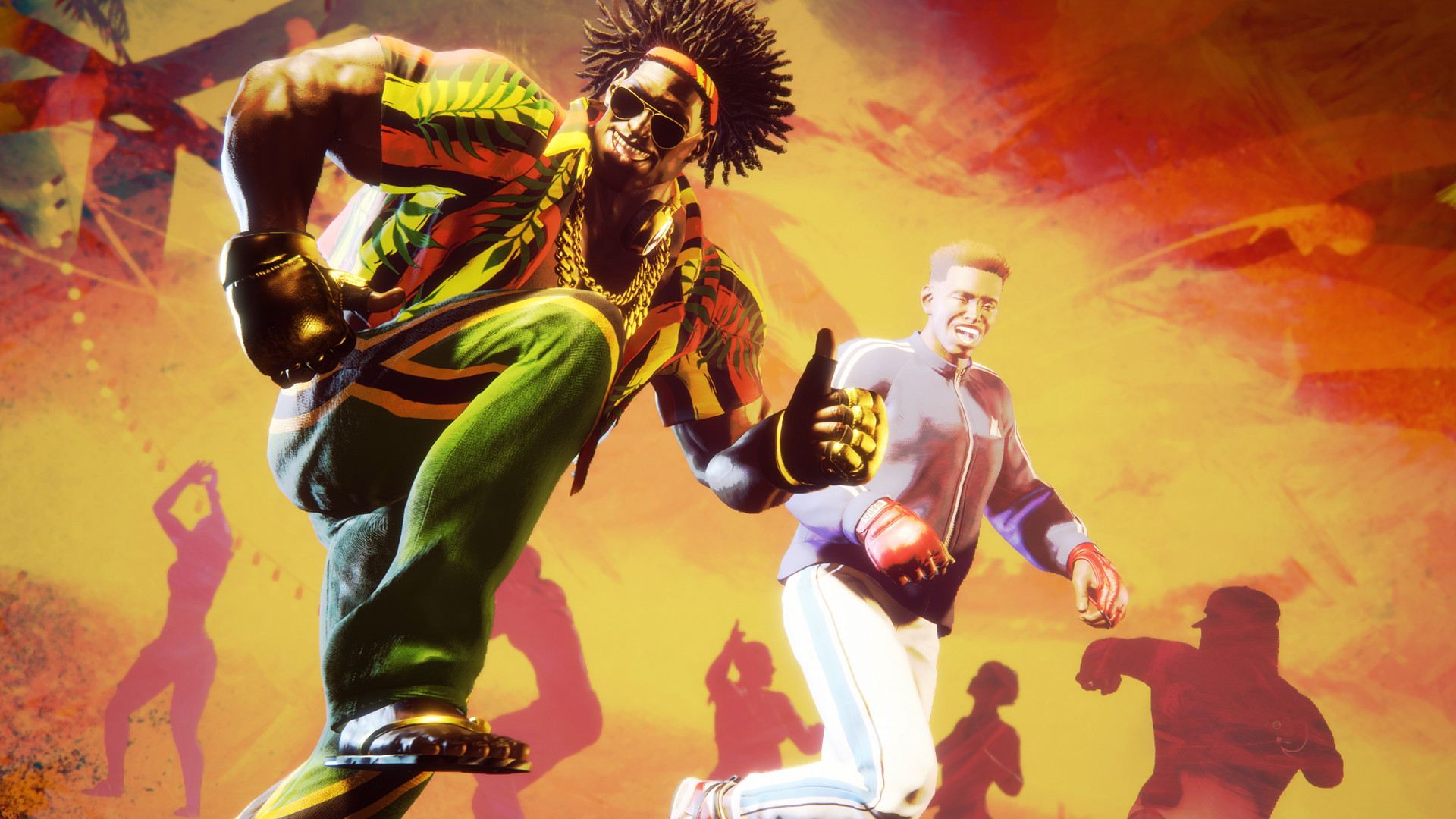 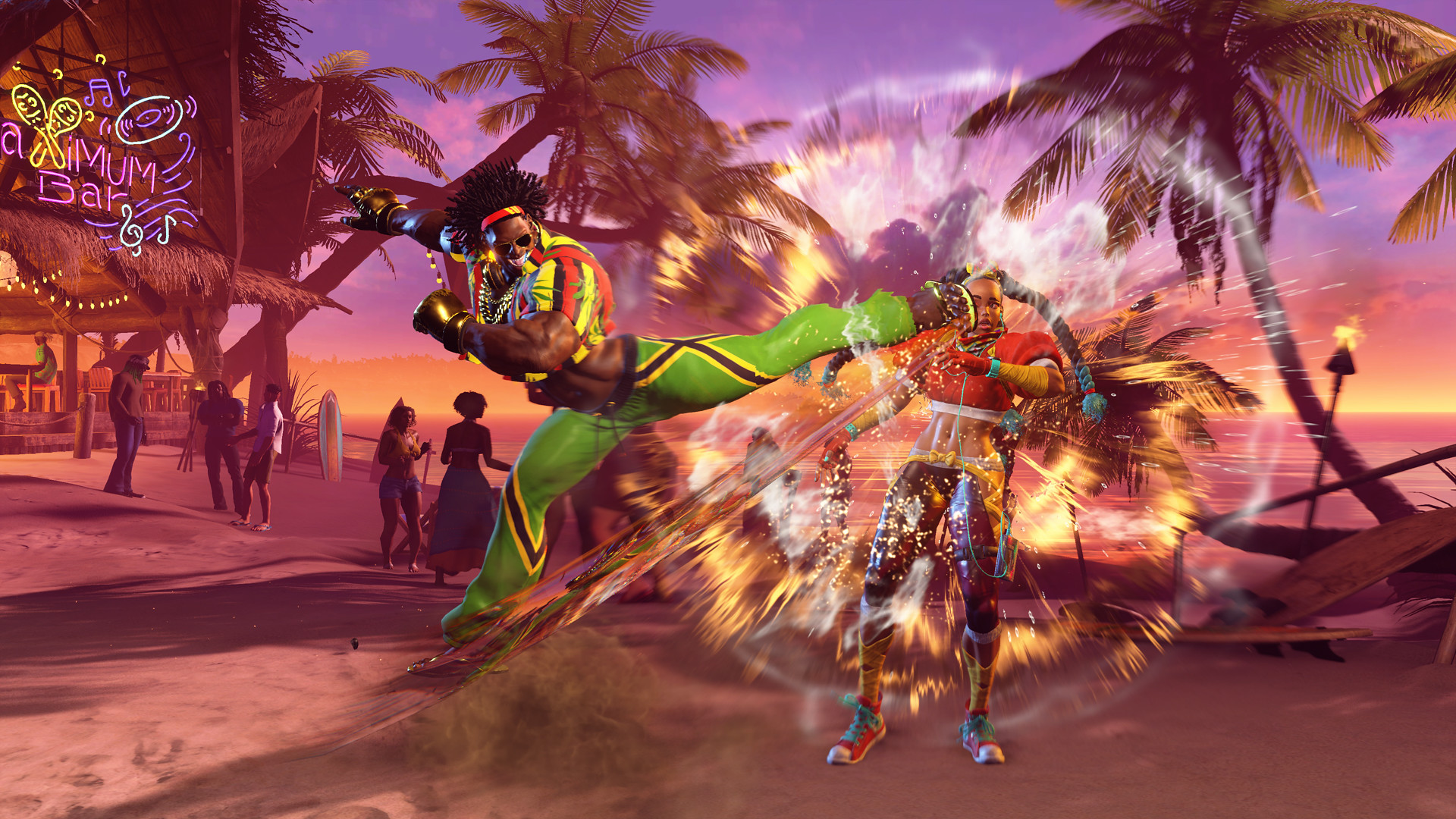 As a returning character in the series, Dee Jay retains his trademark moves that will get you in the rhythm such as Air Slasher, Double Rolling Sobat, Machine Gun Upper, and Jackknife Maximum. His new move Jus Cool is a retreating sway that can lead into kicking attacks or forward-moving maneuvers that will test his opponent’s tempo. Dee Jay’s Level 3 Super Art is Weekend Pleasure, a barrage of punches reminiscent of his Ultra Combo II in Ultra Street Fighter IV. 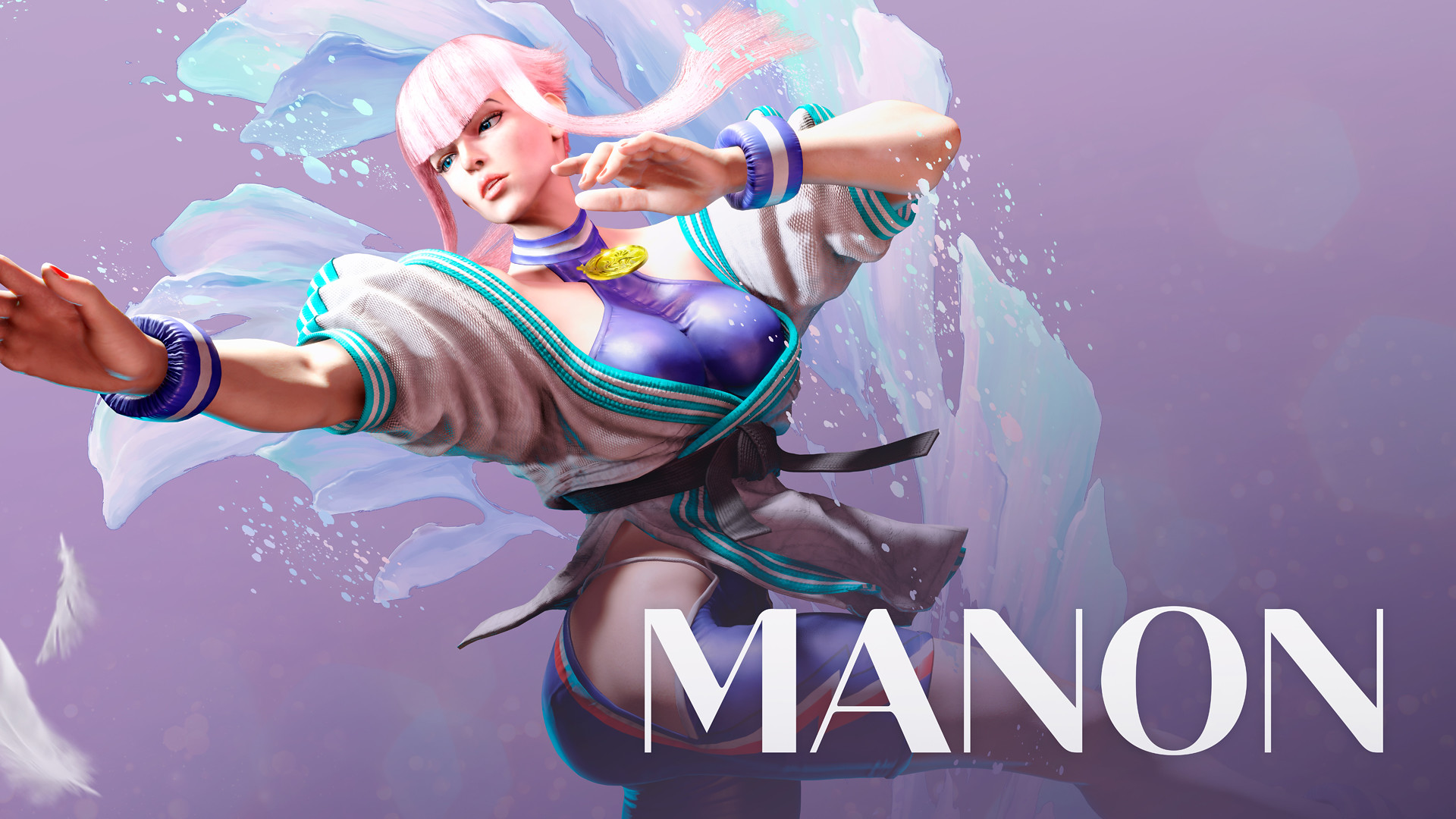 A super model and world champion judoka, Manon is an idealist, forever seeking self-improvement in the pursuit of beauty. She struts the catwalk of street fighting to become the world’s strongest model. Find her in the Fete Foraine stage in France, a dazzling carnival amidst the French skyline. 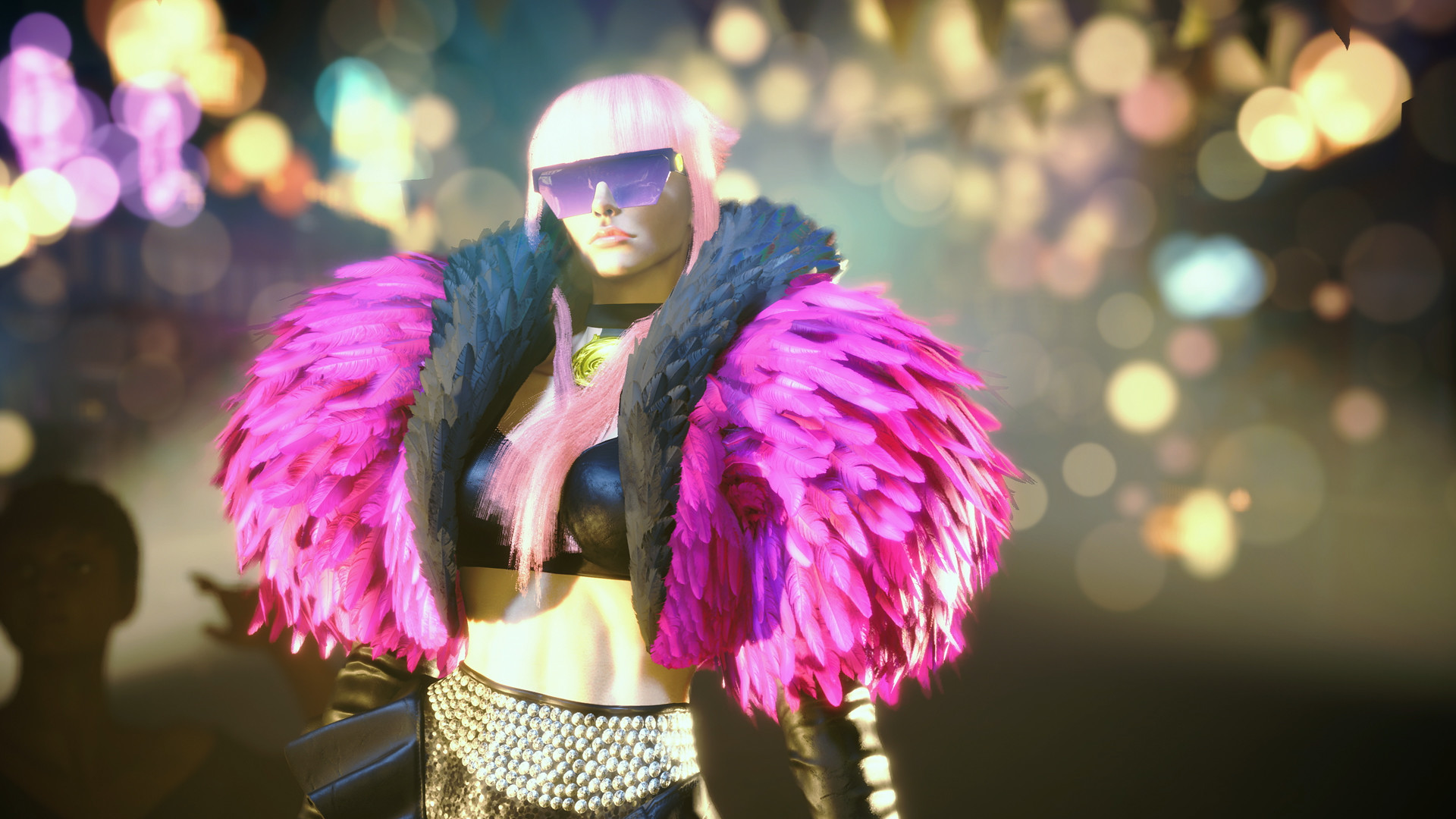 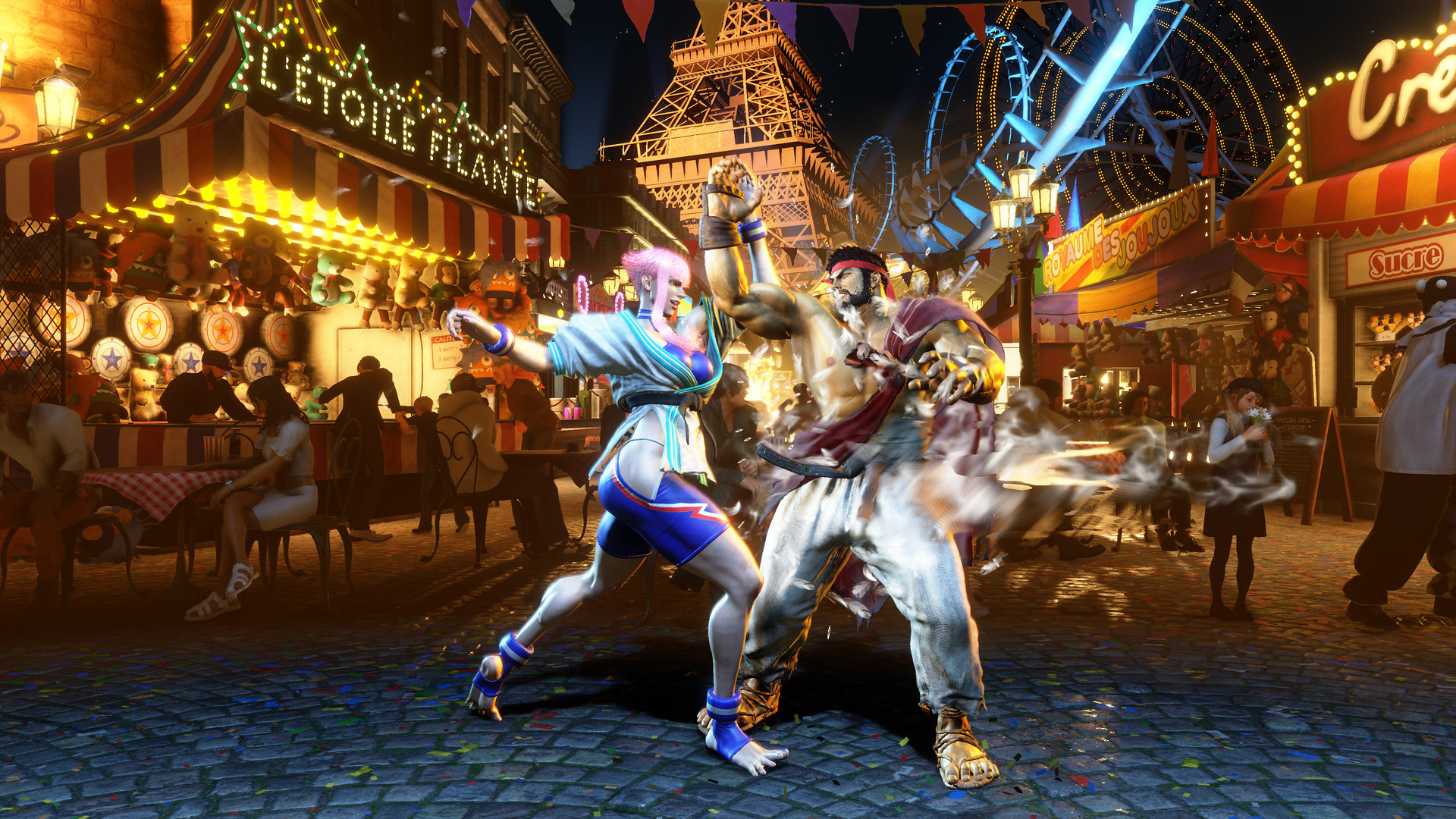 Manon’s move set is a graceful union between judo grappling and classical ballet. The elegant Manège Doré and Renversé are grabs that will increase Manon’s medal level upon successful completion. The higher her medal level, the more each grab’s properties will change. Manon performs the Pas de Deux in her Level 3 Super Art as if her opponent is her dance partner before smashing them into the ground for a standing ovation. 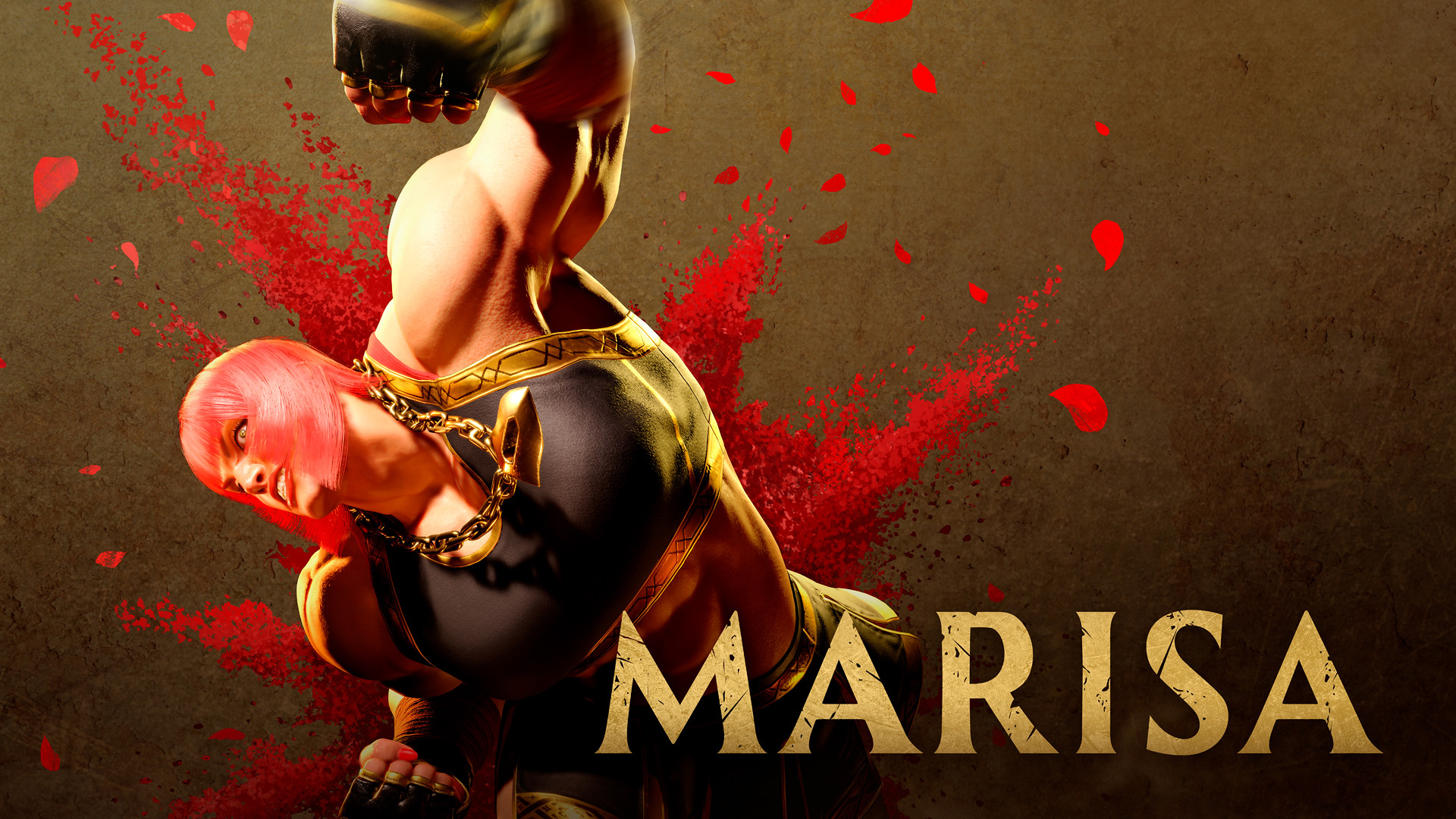 Marisa is an up-and-coming jewelry designer from Italy who claims ancestry to ancient Greek warriors. As a child, she was inspired by a vision of the Colosseum in its prime. Today, she seeks glory with a smile—and an eye for beauty. Bask in the scent of victory in Colosseo, Marisa’s stage, with battle-ready warriors in the background cheering you on. 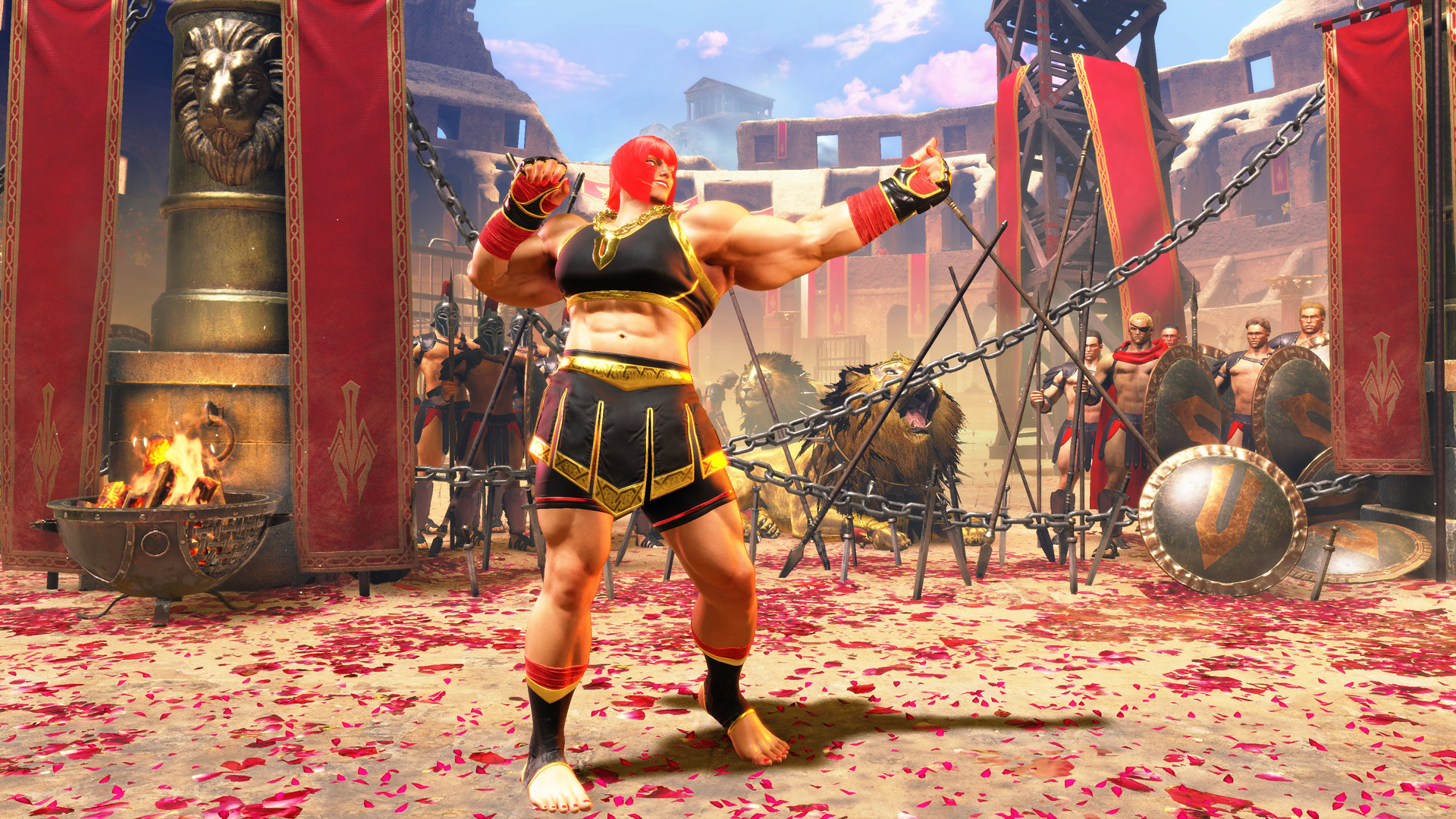 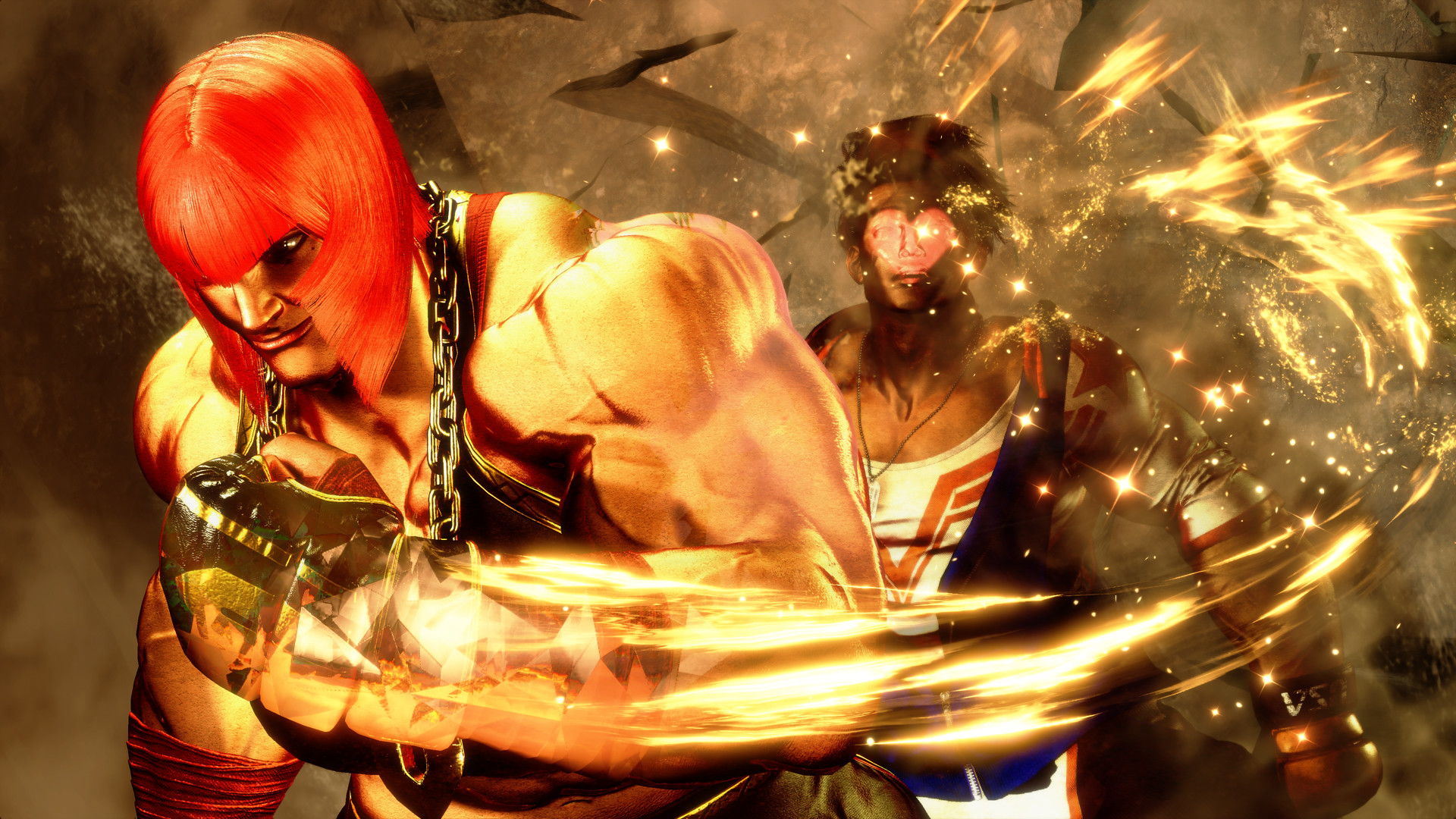 A powerhouse of a character, Marisa utilizes her long limbs to unleash slow yet gargantuan strikes. Marisa can use Gladius, a devastating straight punch that can be wound up for extra damage. Scutum is a defensive stance that gives her upper body armor and counters an opponent’s attack. Use Quadriga, a powerful front kick to show opponents that “This. Is. Marisa!” Her Level 3 Super Art channels the Goddess of the Hunt into an almighty tackle straight into a wall. 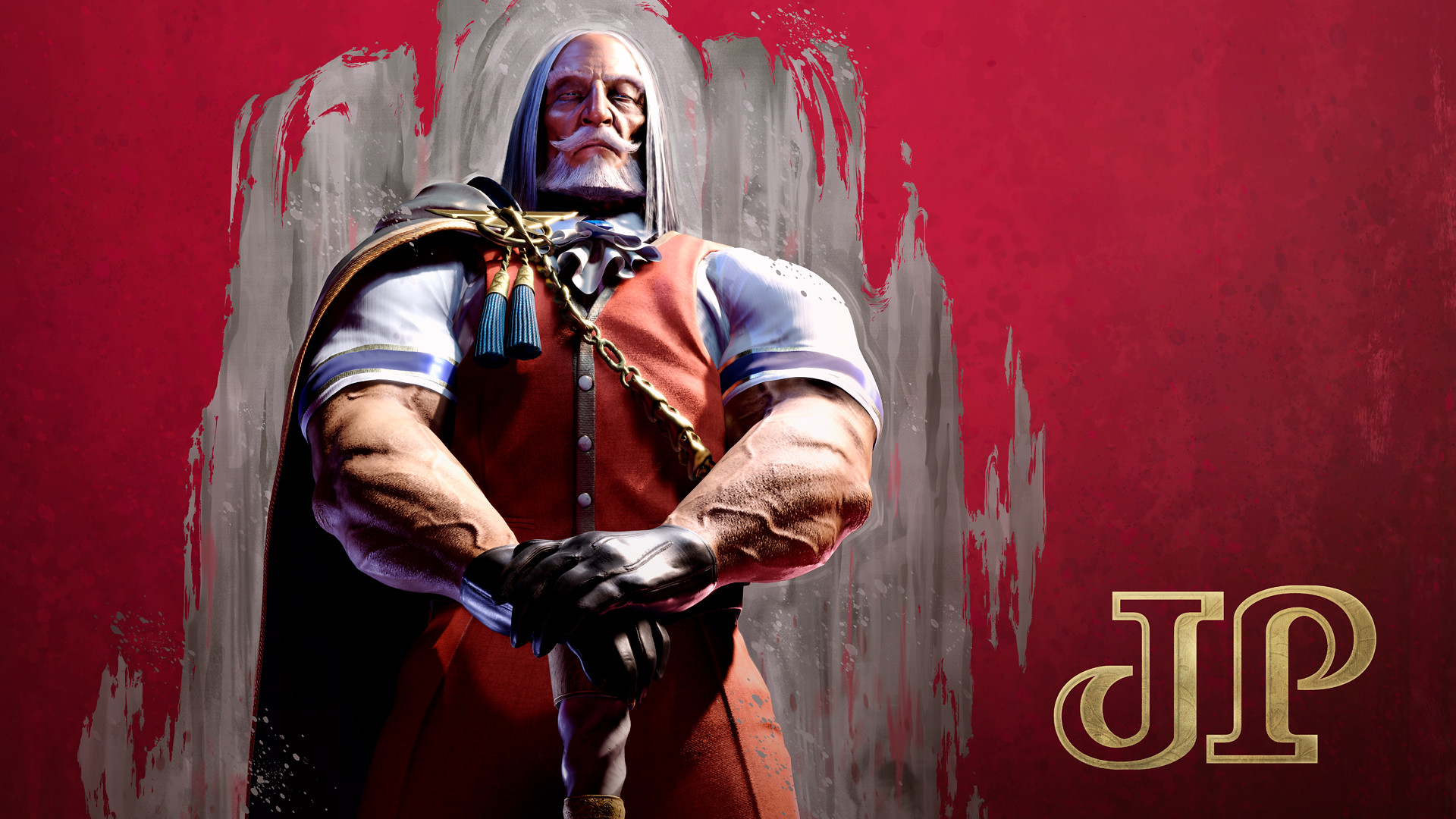 JP is the head of an international NGO responsible for many successful investment projects, and the man behind Nayshall’s present prosperity. He has a beloved cat named Cybele. 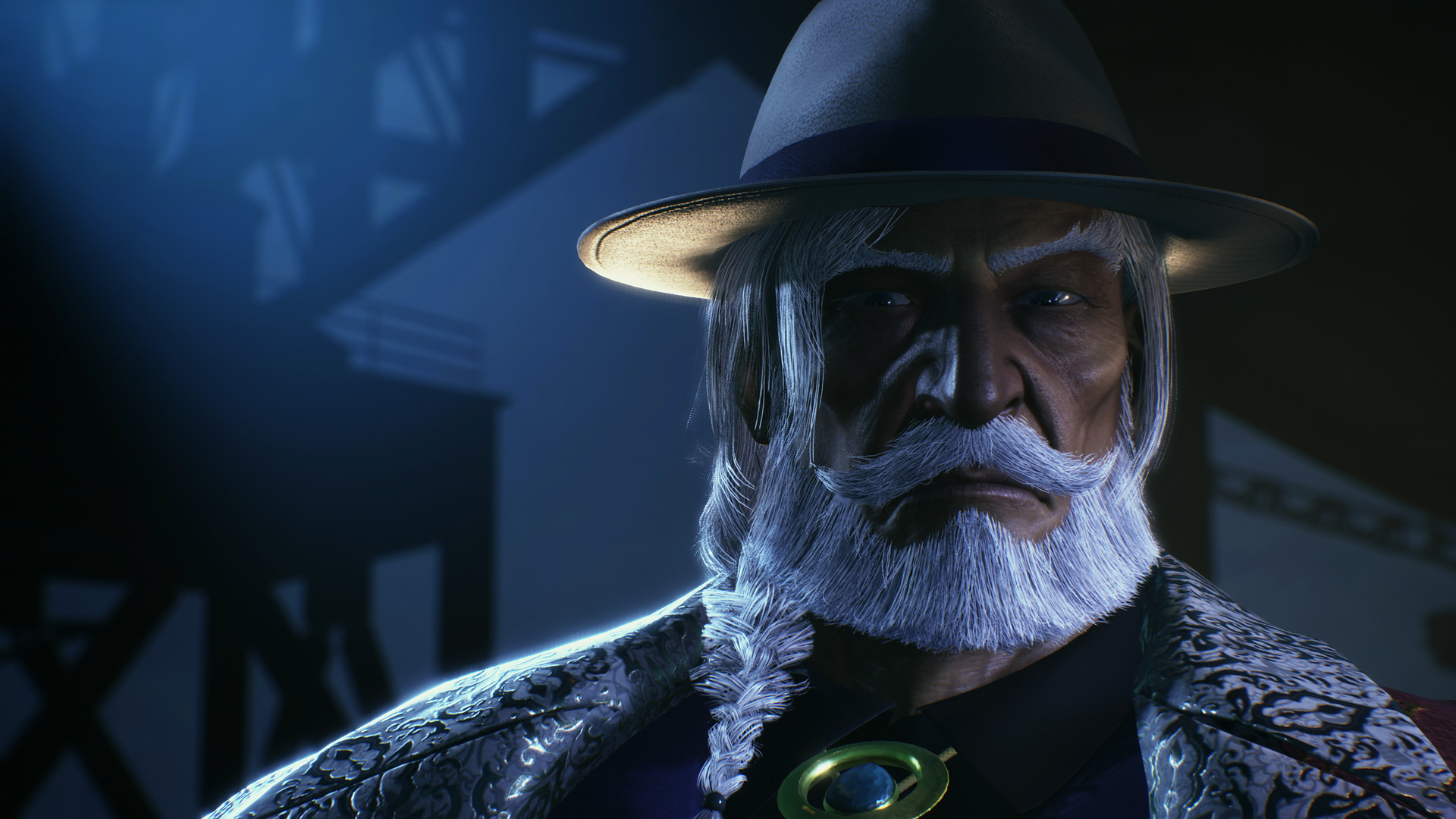 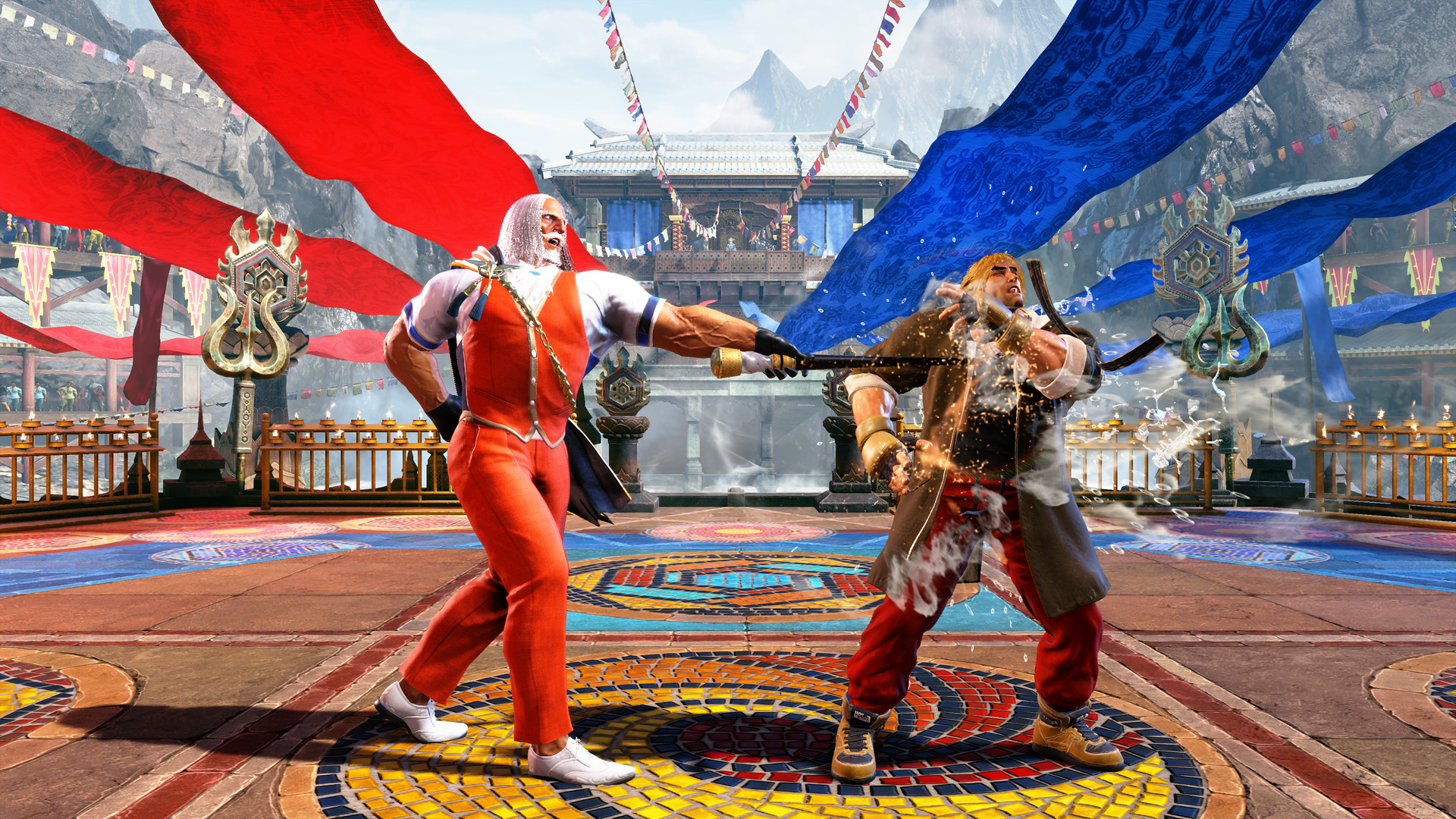 JP takes control of the entire map from all angles. He uses Departure, placing a void of power in the air, which can then be turned into thorns or can be used to teleport him to its location. JP can also send out clones from across the screen with Torbalan or Embrace to keep his opponents in check. Interdiction is JP’s Level 3 Super Art where he sends destructive power flowing through his opponent’s veins before they explode from within.

If you’re wondering which edition to pre-order, here’s a quick guide. The first is the Standard Edition, which includes Fighting Ground, World Tour, Battle Hub, and the 18-character launch roster, and will cost USD $59.99.

The Deluxe Edition includes the base game and the Year 1 Character Pass, which contains four characters, colors 3-10 for each of those characters’ Outfit 1, and a bonus of 4,200 Drive Tickets for in-game purchases. The Deluxe Edition is USD $84.99, offering a discount over getting the full game and Year 1 Character Pass separately. Stay tuned for more information on the four Year 1 characters coming to Street Fighter 6 after launch on June 2, 2023!

The Ultimate Edition is USD $104.99 and contains a whopping amount of content. You’ll get the base game and the Year 1 Ultimate Pass, which contains content from the Year 1 Character Pass, two additional costumes and their alternate colors for the four Year 1 characters, two more stages, and a bonus of 7,700 Drive Tickets.

Before we go, here’s a quick reminder the Closed Beta Test #2 will be taking place from December 16-19 on PS5. Exactly like the first Closed Beta Test, this one will take place in the Battle Hub and contain eight characters. If you want to take part, please submit your application now until December 11 at 7:00AM PT. Spaces are limited, but they will be chosen at random. 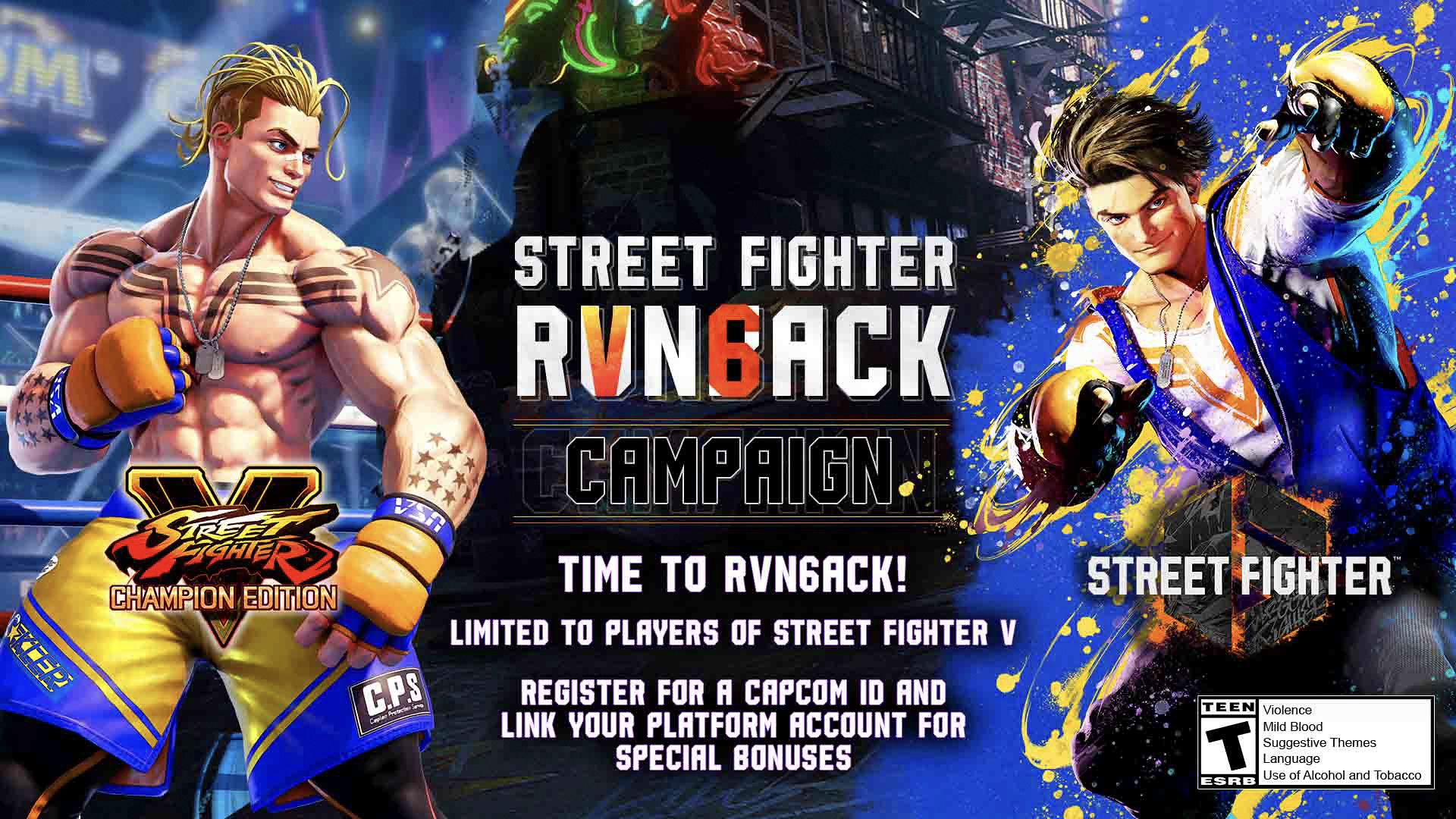 Street Fighter 6 will launch on PS5 and PS4 on June 2, 2023. We’re still in active development and are ensuring we provide an unforgettable experience for you. We have so much more to share, so keep an eye out!