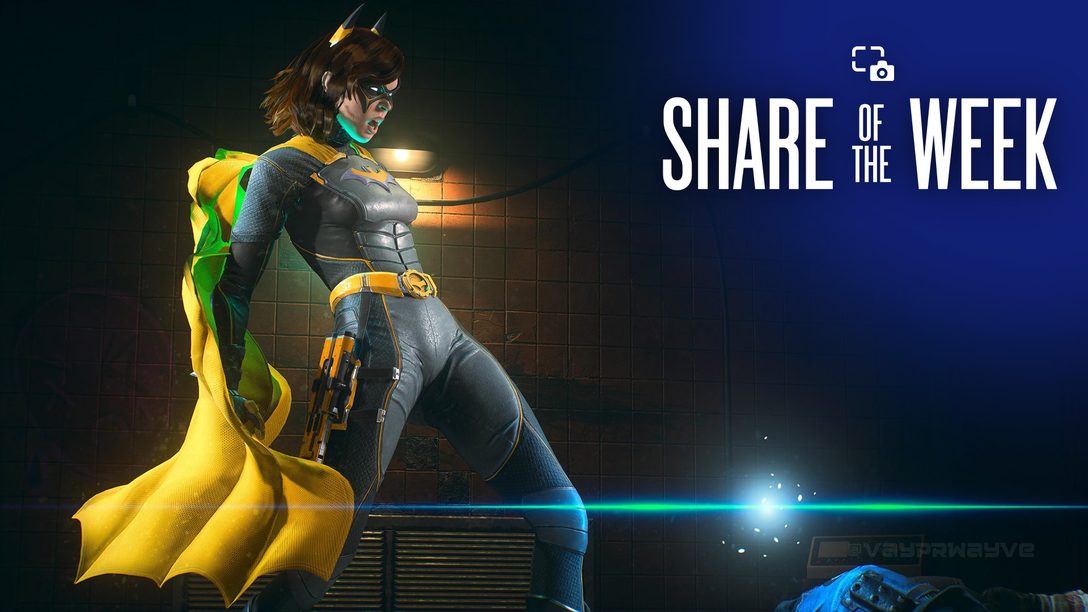 Last week we put out the signal requesting photos of the Bat Fam from Gotham Knights. Players patrolling the city streets took up the call, and we’re happy to share a selection of exciting and stylish photos featuring the caped and cowled crimefighters. Can you tell which playable hero was a clear favorite among Share of the Week entrants?

@JustinPhotoMode shares a photo that evokes the phrase “time flies”.

@TheMarkPlumb shares a portrait of the ever-vigilant Bat Girl.

THEME: God of War Ragnarök
SUBMIT BY: Wednesday 9 AM PT on November 16

Next week we’re off to the nine realms of God of War Ragnarök. Share moments from your adventure with Kratos and Atreus alongside #PSshare #PSBlog for a chance to be featured.