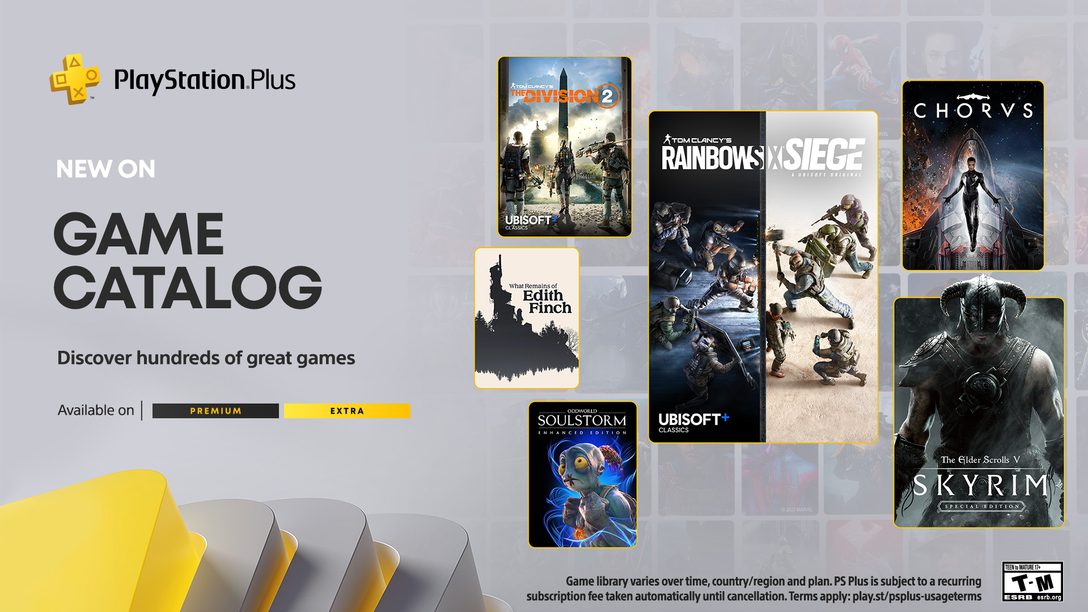 Also added this month: The Division 2, Chorus, The Gardens Between.

Today we’re happy to reveal the November Game Catalog lineup for PlayStation Plus. These games will be available starting November 15. Let’s dive in.

This remastered, four game collection is the perfect place to start your journey or to re-live all of your favourite moments from the third person adventure series.

Dive into an action-packed adventure with the latest installment of Square Enix’s and Disney’s action role-playing series. Sora, Donald and Goofy unite with iconic Disney-Pixar characters old and new to overcome tremendous challenges and persevere against the darkness threatening their worlds.

Experience the music of Kingdom Hearts like never before in this action rhythm game! Collecting over 20 characters and 140 tracks from across the Kingdom Hearts series, battle through stages in time to iconic music from the series. There’s also an online VS multiplayer mode if you want to take your rhythm skills online.

Soulstorm combines intense action-adventure platformer gameplay with a twisted tale of a society on the brink of revolution, where your moment to moment in-game choices will impact its outcome. The Enhanced Edition includes new game mode “Toby’s Escape”.

This online, open world, action-shooter RPG combines iconic environments and deep, authentic world-building. Set in a ravaged Washington D.C, players must attempt to liberate the city and work closely with civilians trapped inside to keep them safe from enemy factions who are fighting to seize control of resource and locations.

Become an elite spec ops soldier known as a Ghost, tasked with a special mission to Auroa. A rogue spec ops team, led by your ex–brother-in-arms, have taken over and are hunting you down. Lead your team through the island landscape and save the civilians without being noticed. Play solo or play in co-op PvE with up to 3 friends.

In this evolution of the space-combat shooter, play as dual protagonists Nara and her sentient AI companion and starfighter, Forsaken. Attain powerful and distinct weapons and combat upgrades, master your ship’s unique drift mechanic and deadly abilities to overcome massive hordes of enemies and take down titanic battleships.

As Edith, wander the colossal Finch house, searching for stories as she explores her family history and tries to figure out why she’s the last one in her family left alive. Each story you find lets you experience the life of a new family member on the day of their death, with stories ranging from the distant past to the present day.

The Gardens Between | PS4, PS5

Lost in a mysterious realm where cause and effect are malleable, two friends find that time flows in all directions. Manipulate time to solve puzzles and reach the apex of each isle. Follow the duo as they unpack and explore their significant moments spent together, lighting up constellations and illuminating threads of a bittersweet narrative.

As announced last week, more Ratchet & Clank games are coming to PlayStation Plus Premium on November 15! Those games are: